In the video, Prince Al-Walid bin Khalid shows another type of... 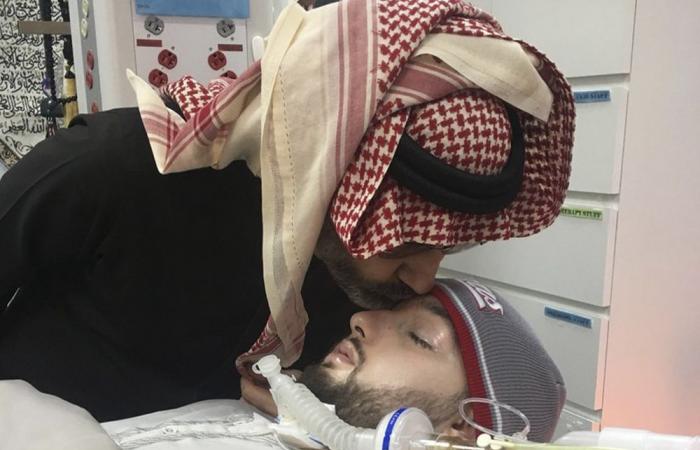 The story of the sleeping Saudi prince is still the focus of the local community, especially after the types of his response to his surroundings have been repeated recently.

In a new glimmer of hope, a video of the reaction of Prince Al-Walid bin Khalid bin Talal, known as “The Sleeping Prince”, topped the Google search engine in Saudi Arabia on Tuesday morning.

Social media pioneers circulated a video clip in which the sleeping Saudi prince moves his fingers, then his hand, in what appeared to be a kind of response.

In the video, the date of which it was filmed is not clear, one of them asks him to raise his fingers, to do so, and then returns the same request from him again, to repeat the same movement.

Earlier, a video clip was broadcast, in which Prince Al-Walid moves his head from the right to the left, and Princess Rima Bint Talal, the sister of the prince and Saudi billionaire Al-Waleed bin Talal, commented on it, saying: “Al-Hafiz Al-Qadir, the Compassionate, the Merciful. Al-Waleed bin Khalid moves his head from both sides. O Lord, praise and gratitude be to you. ”

Prince Al-Walid bin Khalid bin Talal fell into a coma following a traffic accident, which he was exposed to in 2005 while studying at the Military College.

The medical diagnoses differed for the “Sleeping Prince” case, and a medical delegation consisting of three American doctors and another Spanish was invited in an attempt to stop the bleeding from his head, but he remained in a coma.

Prince Khalid bin Talal insists on keeping his son under medical equipment and follow-up in the hope that he will be cured. Adding, “He who has preserved his soul all these years is able to heal and heal him.” As he says.

These were the details of the news In the video, Prince Al-Walid bin Khalid shows another type of... for this day. We hope that we have succeeded by giving you the full details and information. To follow all our news, you can subscribe to the alerts system or to one of our different systems to provide you with all that is new.