The Sleeping Prince’s move raises speculation … How is he fed?... 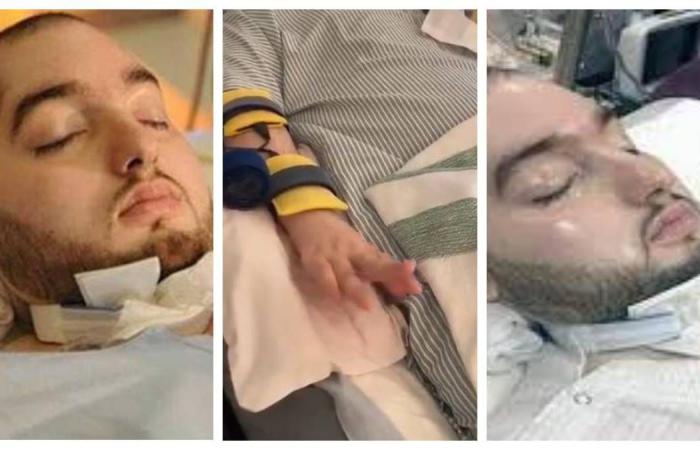 The Sleeping Prince is 31 years old, of which he lived a normal 16 years, before a traffic accident ended in a coma.

Since yesterday, a video clip of the sleeping prince has been circulating, moving his hand in a way that has sparked widespread comments and speculation on social media.

And commentators expressed optimism that the movement of the sleeping prince his hand, an indication of an improvement in his health, hoping to wake him from the coma.

However, other commentators responded that this movement is considered one of the involuntary movements that come from the body of the sleeping prince from time to time, as a similar clip was circulated, for example in 2017, of the prince moving his shoulder.

The new controversy raised questions about the healthy way to feed the prince, and to live with him with a coma.

How is it fed?

Feeding an unconscious person requires bypassing the normal chewing and swallowing process, and sometimes avoiding the digestive system completely, through the nasogastric tube, which passes through the mouth and esophagus, to deliver liquid nutrition directly to the stomach. The presence of the tube keeps the sphincter opening between the esophagus and stomach, according to a Washington Post report on such cases.

But the risks are high, given the lying down position of comatose patients, the fact that normal digestive processes slow down in the subconscious, in addition to the nutrition that is separate from the hunger signals may exceed the capacity of the stomach. Thus, there are great concerns about the possibility of gastric contents regurgitation and inhalation into the lungs, which threatens to cause bacteria foreign to the respiratory system, respiratory pneumonia.

Because long-term use of a nasogastric tube for feeding eventually necessitates respiratory pneumonia, a gastrostomy, a surgical procedure in which a tube is placed that connects the abdominal wall to the stomach, may be requested. The procedure carries a risk of bleeding and infection, and the gastrostomy site, in which a thin stomach tissue is sutured to the surface of the skin, remains vulnerable to infection.

The matter does not stop there, as what comes out of the patient creates difficulty as much as he enters. Because of urinary incontinence, liquid stools may leak continuously, providing a rich source of bacteria that can spread infection.

Urinary tract infections are common in coma. Because most of it is passed through the urethral tube catheter into the bladder to drain the urine into a bedside bag. The catheter exposes the patient to such infections, which may go up to the kidneys, and cause a general infection called urine infection.

Despite all of this, there are occasional – albeit rare – stories of coma recoveries after many years. Some people place hopes on scientific progress and discoveries that may cause medical miracles.

These were the details of the news The Sleeping Prince’s move raises speculation … How is he fed?... for this day. We hope that we have succeeded by giving you the full details and information. To follow all our news, you can subscribe to the alerts system or to one of our different systems to provide you with all that is new.