We show you our most important and recent visitors news details Saudi companies’ boycott to cost Turkey $20 billion; 1.5 million tourists in the following article

RIYADH — The campaign to boycott Turkish products in Saudi Arabia has gained momentum, with more companies and establishments operating in various commercial and industrial sectors joining in the drive.

There has been a tremendous response to a popular boycott campaign called by the private sector last week.

Ajlan Al-Ajlan, chairman of the Council of Saudi Chambers and Riyadh Chamber, said that the initial boycotts would cost the Turkish economy nearly $20 billion.

“I think that stopping 1.5 million Saudi tourists from being in Turkey will cost it a lot, in addition to thousands of investors in all sectors, whether in import, tourism or investment, and it is the duty of every sector to stop dealing with a country that targets our government and our people,” he said.

He noted that this is a call from the smallest store in a remote village to the largest store in large cities in Saudi Arabia to boycott products of Turkey, whose hostility to the Kingdom and its citizens is no longer a hidden thing.

The boycott move by companies and retail stores came as an escalation of widespread popular rejection of the Turkish products in response to Turkey’s policies of intervention and hostility toward the Kingdom and attempts to expand its hegemony to many countries in the region.

Several well-known companies, working in the field of furnishings and retail chains that have hundreds of branches in the country, joined the campaign. Many real estate companies and electronic stores have announced their plans to boycott Turkish products through statements published in their official accounts on social media.

There are several big companies and factories with business chains across the country and they continue to join the popular campaign to boycott the Turkish products, and they include Abdul Latif Furniture, Al Watania Market, Al Qafari Furniture and Carpet Group, Tamimi Markets, Al Othaim Market, Astra Markets and Danube.

These developments come at a time when the policies of the Turkish government, headed by President Recep Tayyip Erdogan, and its interference in the affairs of many countries in the Middle East region, have put Turkey in a critical position in the period when its economy suffers many imbalances, most notably the collapse of the Turkish lira against foreign currencies, and the government’s inability to curb this collapse.

All these have affected Turkey’s monetary reserve and contributed to more budget deficits, as well as the flight of foreign and local investors to safer regions.

CSC Chairman Al-Ajlan called for a complete boycott of Turkey in terms of investment, tourism and trade, as a response to what he considered as an offense by Ankara to the Saudi leadership.

He reiterated recently his call to all Saudi companies not to deal with Turkish companies and products. In a statement on his Twitter account, Ajlan said: “I say it with certainty and clarity: No investment, no import, no tourism... We as citizens and businessmen will not have any dealings with everything that is Turkish.”

He added: “I call not to deal with even the Turkish companies operating in the Kingdom, and this is our least response against the continued Turkish hostility and insult to our leadership and our country.”

These were the details of the news Saudi companies’ boycott to cost Turkey $20 billion; 1.5 million tourists for this day. We hope that we have succeeded by giving you the full details and information. To follow all our news, you can subscribe to the alerts system or to one of our different systems to provide you with all that is new. 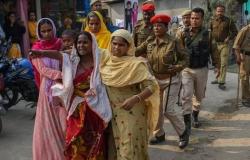 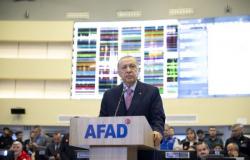 Death toll from powerful earthquake surpasses 1,200 across Turkey and Syria 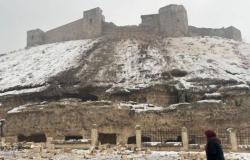 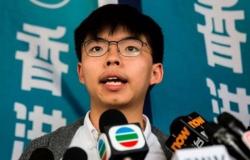