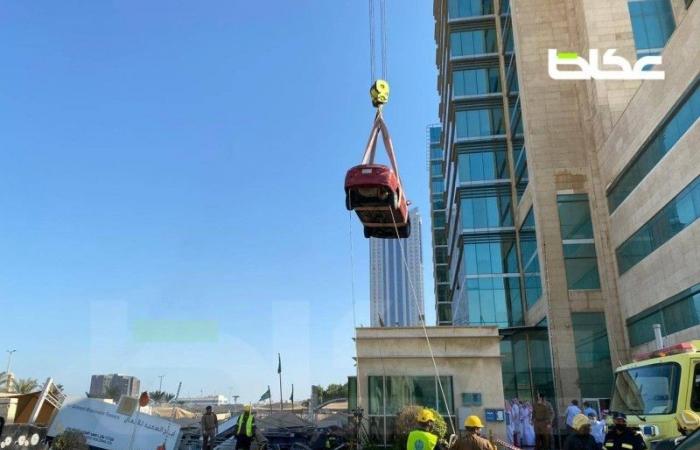 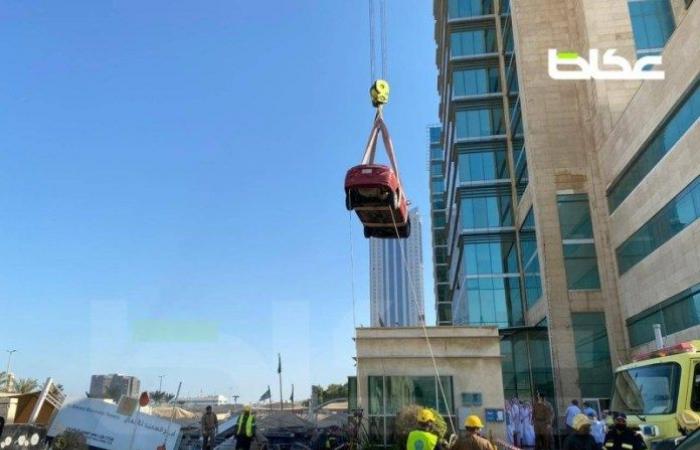 Currently, the security authorities in Al-Khobar governorate start their work following a landslide in parking lots in one of the towers in Al-Rakah Al-Janoubia neighborhood, and the tower has been completely evacuated along Khobar-Dammam Road.Okaz sources revealed that two people had been injured so far, and they were rescued by civil defense teams and taken by ambulance to a hospital.

Civil defense teams, the Red Crescent, security patrols and traffic were present at the site after the sirens sounded, and “Okaz” was spotted at the landing site, and parked cars were damaged in the parking lots, and landings and cracks were seen in the employees’ car park.

According to an eyewitness who spoke to “Okaz”, one of the workers in the tower, the landing occurred at the eleventh hour and thirty minutes, and warning sirens sounded immediately after the landing, followed by the exit of those in the tower, and it has not been possible until now to confirm the presence of people in the car park at the moment of landing.

– More than 50 vehicles and heavy equipment for civil defense were present at the site, along with 20 ambulances.

– All roads leading to the tower site were closed and curious people were prevented from approaching.

These were the details of the news A ground landing at the positions of one of the towers... for this day. We hope that we have succeeded by giving you the full details and information. To follow all our news, you can subscribe to the alerts system or to one of our different systems to provide you with all that is new.