Saudi Arabia … A video of a person surviving the moment... 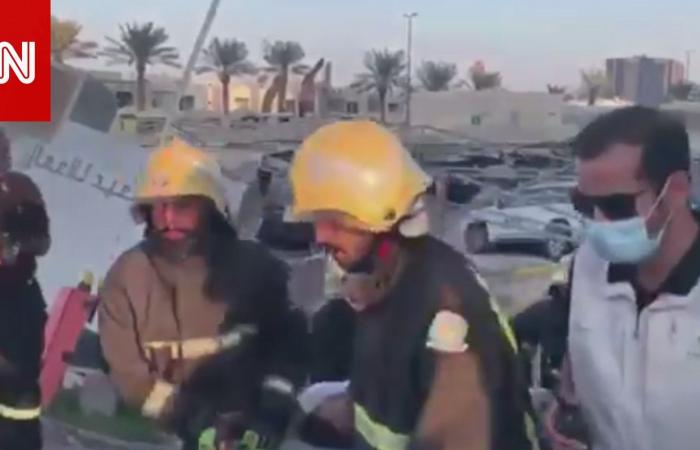 Dubai, United Arab Emirates (CNN) – The General Directorate of Saudi Civil Defense announced, on Sunday, that 3 people were rescued from under the rubble and taken to hospital for treatment, after a landslide in the parking lots of a commercial tower in Al-Khobar in the Eastern Province.

A video clip spread on social media from a surveillance camera to the survival of a person at the moment of the landslide, as he was trying to go down to the parking lot when the collapse started around him.

Lt. Col. Abdul Hadi Al-Shahrani, the official spokesman for the Saudi Civil Defense in the Eastern Province, said in statements to the official Saudi Al-Akhbariya channel that 3 people had been rescued, adding that search and rescue operations were still continuing to ensure that no one was under the rubble.

He continued by saying that “rubble and concrete collapsing on cars in underground floors” are being dealt with, and he explained that the three people were rescued “through the equipment we have, the concrete openings were dealt with, the use of cutting and separating equipment, and the site was secured until reaching the detainee by the rescuers afterwards.” Ensure that the site is safe.

These were the details of the news Saudi Arabia … A video of a person surviving the moment... for this day. We hope that we have succeeded by giving you the full details and information. To follow all our news, you can subscribe to the alerts system or to one of our different systems to provide you with all that is new.