Including underground money … “the biggest corruption case” in Saudi Arabia... 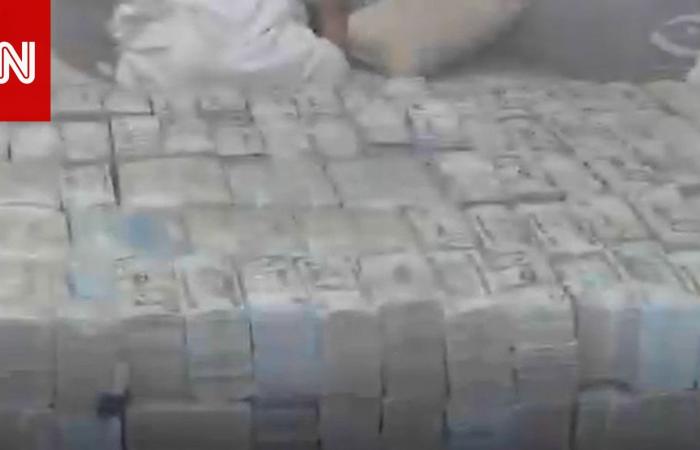 Dubai, United Arab Emirates (CNN) – The Saudi Control and Anti-Corruption Authority revealed, on Thursday, the “largest corruption case” in the Kingdom so far, in which the value of funds exceeds 600 million riyals, with a group that includes employees in the municipality of the capital, Riyadh, and a number of residents and companies Contracting with her.

The commission published a video clip on its official page on the social networking site, which was re-published by the Saudi Al-Akhbariya channel, in which it said: “Nazaha reveals the biggest corruption case so far and seizes more than 600 million riyals with the municipality gang.”

The authority said in a statement published by the official Saudi Press Agency: “In addition to what was announced about the suspicion of corruption, utility and exploitation of the influence of the public office of a number of municipal employees of one of the governorates in the Riyadh region, and to complete the investigations into the case and after obtaining the necessary orders from the Criminal Investigation and Prosecution Unit, he was arrested ( 13) a government employee in the same entity, (4) businessmen, and (5) residents working for companies contracting with the municipality, and by inspecting their homes, cash amounts totaling (193,639,535) one hundred and ninety-three million six hundred and thirty-nine thousand five hundred were found And thirty-five riyals .. ”

The commission added: “(The money) was hidden in several places, most notably borrowed ceilings, a ground water tank, a service room in a mosque, and an underground safe that was established in one of the rooms in the house of one of the defendants, to a depth of two meters, and the real estate owned by the arrested parties to the case, which was purchased with illegally sourced amounts Its purchasing value is (141,989,709) one hundred forty-one million nine hundred eighty-nine thousand seven hundred and nine riyals …

These were the details of the news Including underground money … “the biggest corruption case” in Saudi Arabia... for this day. We hope that we have succeeded by giving you the full details and information. To follow all our news, you can subscribe to the alerts system or to one of our different systems to provide you with all that is new.