The Saudi foreign minister talks about a “near” solution to the... 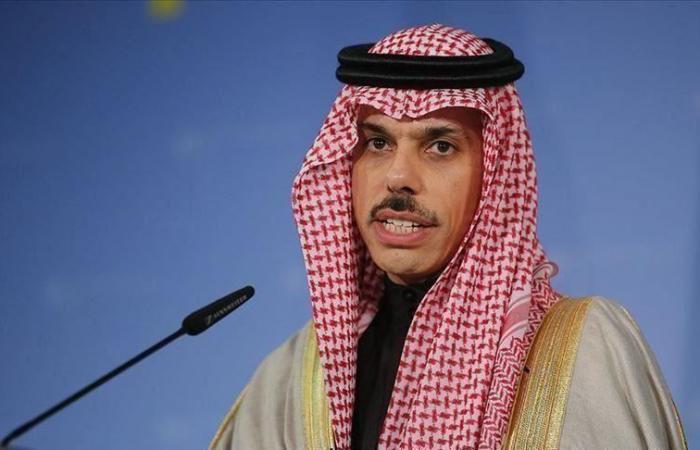 Saudi Foreign Minister Faisal bin Farhan Al Saud said that “if the brothers in Qatar commit themselves to addressing the security concerns that have called on the four countries calling for combating terrorism to take their decisions, this will be good for the security and stability of the region.”

This came in a videoconference with the Washington Institute for Near East Policy, according to what was reported by the Saudi Ministry of Foreign Affairs page on Twitter.

“We continue to work with our Qatari brothers, and we hope that they will commit to working with us to solve the Gulf crisis,” he added.

“We hope … that we will be able to find a way forward to address the legitimate security concerns … that prompted us to make the decisions we took,” Bin Farhan said.

Bin Farhan added, “I think there is a way to that, and we hope that we can find it in the near future.”

In response to a question about when to reach this solution, the Saudi Foreign Minister said: “The official is not more knowledgeable than the questioner.”

The Saudi official’s statements come in light of the continuing Gulf crisis, since June 5, 2017, Saudi Arabia, the UAE, Bahrain and Egypt have imposed a land, air and sea blockade on Qatar, claiming its support for terrorism and its relationship with Iran, which Doha has repeatedly denied and considered an attempt to undermine its sovereignty and independent decision.

Doha stresses that it is necessary to solve the Gulf crisis through dialogue without any preconditions, which is what Kuwait and the Sultanate of Oman are trying to make mediation efforts to complete. –

In another context, the Saudi minister said, “Wherever there are problems in the region, you find Iran,” explaining “the policies of the Iranian organization and its proxies that have led to a political and humanitarian crisis in brotherly Yemen.”

“Iran overtly supports terrorist groups and cells and armed militias in Lebanon, Iraq and Yemen, and has even reached South America,” he added.

He pointed out that his country played a pivotal role in achieving peace between the countries of the Horn of Africa, and supported the decisions of the Transitional Council in Sudan.
The news published on the official page of Anadolu Agency, is an abbreviation of the part of the news that is presented to subscribers through the News Streaming System (HAS). In order to subscribe to the agency, please contact the following link.

These were the details of the news The Saudi foreign minister talks about a “near” solution to the... for this day. We hope that we have succeeded by giving you the full details and information. To follow all our news, you can subscribe to the alerts system or to one of our different systems to provide you with all that is new.