How will “mining” support the development of national industry and logistics?... 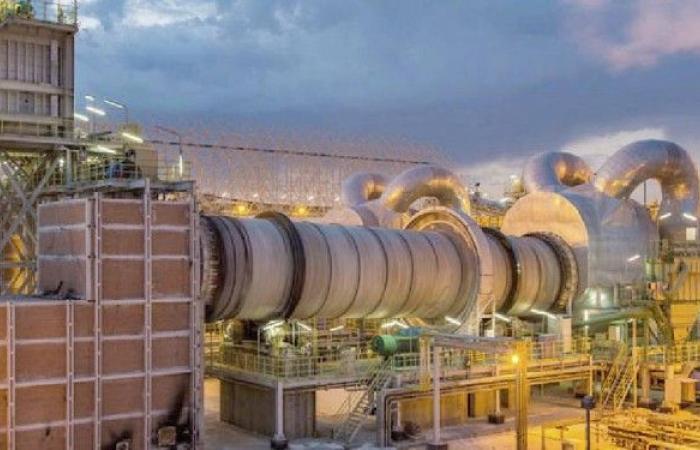 Specialized economists have confirmed to Okaz that the Ministry of Industry and Mineral Resources launching an electronic platform for “mining” supports the national industry development and logistics program, which aims to develop the mining sector to become the third pillar of Saudi industry, in addition to the oil and petrochemical industries. They explained that mining industries represent an added value to the national economy, as one of the industries and sectors that generate the most jobs, stressing the need to support small and medium-sized companies to contribute to diversifying investment and expanding the economic base. They stated that mining industries will play a major role in supplying many economic sectors, as well as actively contributing to generating many jobs for Saudi youth.Developing industries and the riches of the earth’s subsoil

Economic analyst Nasser Al-Qarawi said: “The mining sector is one of the most important sectors in the Kingdom. Due to the presence of mineral wealth in the ground in large quantities, and those resources were not invested due to the lack of a trend to this sector during the last period, as the focus in the past decades was on oil, and Vision 2030 focuses on the industry by virtue of the location and geographical area of ​​the Kingdom; What means different environments and minerals in the ground, which calls for thinking about mining wealth, in addition to the Kingdom’s experience in the cement industry is successful through the number of factories and the abundance of product in the local markets.

He stated that the Kingdom ranks sixth in the world with the presence of “uranium”, which is considered one of the rarest minerals that can be benefited from, in addition to the presence of mineral wealth, which occupies the same importance at the level of advanced industries, whether in the technology and space industry or others.

The head of the Saudi-Moroccan Business Council, Ali Berman Al-Yami, added: “The mining sector represents the coming wealth and promising investment opportunities, whether in gold, copper, silicon, quarries, quarries, granite or ornamental stones. Investments in the mining sector in the Kingdom are a wide field. Therefore, I call for the establishment of a mining city in Najran, given the mountains it contains that contain granite and precious stones, especially as the Kingdom is on the verge of huge housing projects (one million housing units); What requires the consumption of large quantities of granite in homes, as the mountains of Najran are an important source for obtaining this material, and the mountains of Najran contain many rare ornamental stones, as a large part of the stones in the Grand Mosque of Mecca are from Najran.

Professor of Strategic Management and Human Resources Development at King Fahd University of Petroleum and Minerals, Dr. Abdul Wahab Al-Qahtani, stated that the transformation of mining and other industries contributes to completing the achievement of Vision 2030, as well as diversifying the economic base in the Kingdom in many fields. And he called for the necessity of a gradual and deliberate transformation towards mining industries, as well as support for small and medium enterprises, which contribute to diversifying Saudi investment and expanding the economic base. What leads to a shift in the national economy from dependence on oil to dependence on other industries and the contribution of the private sector to the overall economic development of the Kingdom.

Competition with global products and facilities for the “private”

In turn, businessman Abdulaziz Al-Triki explained that the city of Jubail represents a complete economy, as it embraces many industries that compete with international products, and the new mining area represents a major economic addition to the national product, and this region will witness attracting a lot of foreign and national investments during the coming period, and mining industries will play a role Significant in supplying many economic sectors, as well as actively contributing to generating many jobs for Saudi youth.

He added: “Foreign investments, whether 100% or through partnership with Saudi investors, will represent a qualitative addition to the development of Saudi industries in the coming years, and industry represents the basis for global economies. I call for more facilities to be provided to the private sector in the industrial field, as the industry represents The future of the national economy, for example, Germany is the strongest European economy that depends on industry in its national economy.

It is noteworthy that the Ministry of Industry and Mineral Resources estimated the volume of investments in infrastructure projects and mining industrial complexes at more than 216 billion riyals, expecting to attract investments of more than 27 billion riyals during 2020, pointing out that the city of Ras al-Khair and the promise of the North created more than 40 thousand direct and indirect jobs, And raise the GDP by 24 billion riyals.

These were the details of the news How will “mining” support the development of national industry and logistics?... for this day. We hope that we have succeeded by giving you the full details and information. To follow all our news, you can subscribe to the alerts system or to one of our different systems to provide you with all that is new.