Saudi Arabia .. Await for a popular campaign to boycott Turkey 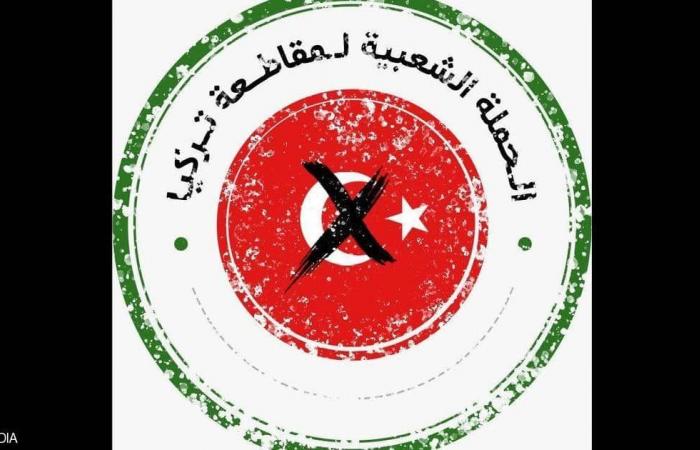 And the “Excellency / News Summary” account, which is watched by about 4 million tweets, published a tweet in which he wrote two words: “Stay tuned.”

He attached the tweet to a drawing that read “The People’s Campaign to Boycott Turkey.”

The head of the Council of Chambers of Commerce in Saudi Arabia, Ajlan Al-Ajlan, had called a few days ago to boycott Turkish products, according to Reuters.

Al-Ajlan, a businessman, wrote on his documented account on the Twitter site: “Boycotting everything Turkish, whether on the level of import, investment or tourism, is the responsibility of every Saudi“ merchant and consumer ”in response to the continued hostility from the Turkish government against our leadership, our country and our citizens.

The Saudi Council of Chambers of Commerce is a non-governmental body that includes businessmen from the private sector.

Al-Ajlan returned, on Wednesday, to Twitter, tweeting: I say it with certainty and clarity: “No investment, no import, no tourism.”

He continued: “We, as citizens and businessmen, will not have any dealings with everything Turkish. Even Turkish companies operating in the Kingdom I call not to deal with them, and this is the least response to us against the continuing Turkish hostility and offense to our leadership and our country.”

And the talk has accelerated in Saudi Arabia recently about the option to boycott Turkey’s goods and refrain from visiting it for tourism and investing in it, even if the conversation did not take the official character.

The participants in this talk answer their calls for Ankara’s policy towards the Kingdom, especially Qatar’s support.

These were the details of the news Saudi Arabia .. Await for a popular campaign to boycott Turkey for this day. We hope that we have succeeded by giving you the full details and information. To follow all our news, you can subscribe to the alerts system or to one of our different systems to provide you with all that is new.