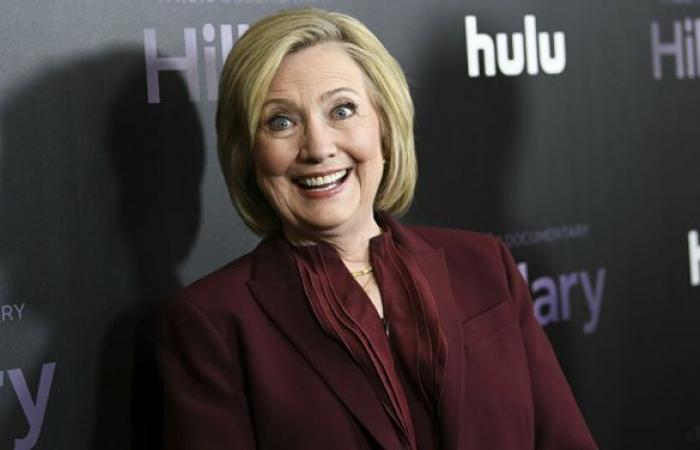 The prominent American writer, David Ignatius, said that the continuous reprimand by the US President Donald Trump For his democratic competition in the previous presidential election, against the backdrop of her emails, he gained great momentum in Saudi Arabia.

Ignatius pointed out, in an article published in the American newspaper “Washington Post”, today, Wednesday, that “the e-mail issue of Hillary Clinton turned into a support campaign via the social networking site Twitter, by supporters of the Saudi Crown Prince. Mohammed bin Salman, Against the background of allegations that the administration of former US President Barack Obama conspired to overthrow him.

He added: “Hillary’s hashtag emails released,“ Twitter ”in Saudi Arabia, with more than 170,000 tweets, as of Monday evening, and the Twitter storm began on Saturday with several thousand tweets, some of which cited statements by US Secretary of State Mike Pompeo, that he plans to uncover more messages Clinton’s e-mail, and these tweets were supported by videos and graphics, and were seen as an orchestrated campaign by supporters of Mohammed bin Salman. ”

He continued: “According to the original account, according to a Saudi political analyst, former Secretary of State Hillary Clinton and former CIA Director John Brennan plotted to install former Crown Prince Muhammad bin Nayef as king of Saudi Arabia, with the help of his intelligence advisor. The prominent Saad al-Jabri, however, Muhammad bin Salman exposed the conspiracy and saved Saudi Arabia from the hegemony of America and the Muslim Brotherhood.

He pointed out that the tweets talked about the details of the American conspiracy, which was revealed by the emails of Hillary Clinton, which confirmed the targeting of Saudi Arabia through several projects, on top of which was the installation of Muhammad bin Nayef as King of Saudi Arabia.

The American writer claimed that “this campaign against Hillary Clinton and in support of the Saudi Crown Prince aims to achieve two goals: first, preparing for the trial of former Crown Prince Mohammed bin Nayef on charges of treason and corruption, and the second is the popular mobilization to confront a democratic administration if former Vice President Joe Biden succeeds in US presidential election, Scheduled to take place on the third of next November, when the Saudi analyst believes that any pressure Biden will exert on Mohammed bin Salman will be an attempt to revive the plot against him.

Ignatius drew attention to what Saudi tweeters talked about about Clinton’s support for the Muslim Brotherhood, and the Brotherhood’s Deputy General Guide Khairat Al-Shater, following the overthrow of the late Egyptian President Hosni Mubarak in 2011.

He referred to what was revealed with the support of Jake Sullivan, her closest adviser at the time, about the existence of a Brotherhood media project worth $ 100 million in Qatar, as Sullivan indicated that this project represents a tremendous investment in the American media strategy for the twenty-first century.

The American writer said: “The Saudi tweeters went on to say that this represents a green light on the part of Hillary Clinton for the Muslim Brotherhood and its project.”

Ignatius considered that “Mohammed bin Salman’s supporters may believe that Hillary Clinton’s messages will help Trump before the next presidential election, but whatever the goal behind that campaign, its echo has become loud and huge abroad, in a way that could harm the interests of the United States.”

These were the details of the news Hillary Clinton’s messages spark a storm of support for Saudi Crown... for this day. We hope that we have succeeded by giving you the full details and information. To follow all our news, you can subscribe to the alerts system or to one of our different systems to provide you with all that is new.