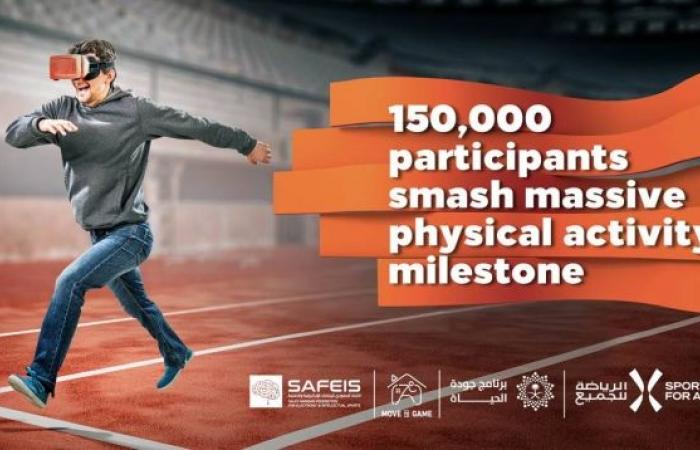 Jointly launched by the Saudi Sports for All Federation (SFA) and the Saudi Arabian Federation for Electronic and Intellectual Sports (SAFEIS) initially as part of the Baytak Nadeek movement, Move to Game merges gaming and physical fitness with a series of online and offline challenges, designed to engage and encourage gamers and non-gamers alike.

Move To Game has benefited and grown exponentially from the close support of the the Saudi sports ecosystem as whole spearheaded by the Ministry of Sports. To celebrate the 10 billion step landmark, Move To Game introduced a social impact element.

A contribution was made to the AlOula nonprofit organization allowing more than 210 individuals to benefit from the program by way of three basketball matches with 150 players and two cycles of swimming with 60 participants.

President of Saudi Sports for All Federation, Prince Khaled Bin Alwaleed Bin Talal, praised the efforts of all participants, congratulating them for passing the impressive target.

“With the strong support of the Ministry of Sports and the Saudi Arabian Olympic Committee, Move To Game’s achievements have taught us a lesson: whatever we think our healthy and active community can do, they will exceed all expectations,” he said.

“You had our applause at one billion, our admiration at two billion, and with the 10 billion you have us on our feet cheering. The Sports for All Federation congratulates all of our participants in Move To Game on the landmark 10 billion steps generated by people across Saudi Arabia.

“You have surpassed every goal, and because the program continues to demonstrate a startling level of success it has driven us to continue to present new challenges and layers.

“The most recent layer in Move To Game was a collaboration with our respected friends at various Saudi sports federations, widening both the community impact and the scope of physical activities included in Move To Game,” added Prince Khaled.

Competing either as individuals or as part of grassroots Community Sports Groups (CSGs), participants have been able to select from an increasing number of challenges and progress through a series of levels, with weekly, daily, and monthly prizes on offer at each level.

One competition held exclusively for CSGs ran from May 19 to 23, when 36 teams comprised of 637 participants took part in the CSG Challenge. A prize pool of SR60,000 was awarded to the nine winning teams across three tiers, with a combined 29.6 million steps being recorded across the five days.

Prince Faisal Bin Bandar Bin Sultan, president of the Saudi Arabian Federation for Electronic and Intellectual Sports (SAFEIS), thanked the tens of thousands of people who have made Move to Game such a success.

“SAFEIS is proud to extend our congratulations to the Move To Game participants who have managed to cross every benchmark,” he said.

“A 10 billion step landmark is far beyond our expectations when we first launched the program. Our initial discussions with the SFA hoped for a mere billion, and as you the community passed each additional billion steps, we pushed ourselves to challenge you further with both gaming and physical activity.

“We send our warm thanks to the sports Federations who joined us to create community sports group challenges. Most importantly, we want to highlight the Saudi gamers who have continued along the journey with us. We have more to come and we look forward to your continued engagement!”

Move To Game also enjoyed a tie-up with the World Health Organization (WHO) in May over the course of two days.

As part of WHO’s first virtual Walk the Talk: Health for All Challenge, a global online event included physical activities as well as information sessions hosted by health and wellness experts.

All steps taken by Move To Game competitors during May 16-17 were devoted to WHO on behalf of SFA and SAFEIS: an astounding 93 million steps in just 48 hours.

Part of the Quality of Life Program, Move to Game is in line with SFA’s commitment to realizing Vision 2030’s pillars of fitness and health in Saudi Arabia. The initiative was an instant success when it launched at the end of April, reaching its initial goal of 1 billion steps and 60,000 users in just 10 days.

These were the details of the news Move To Game celebrates a landmark of 10 billion steps across Saudi Arabia for this day. We hope that we have succeeded by giving you the full details and information. To follow all our news, you can subscribe to the alerts system or to one of our different systems to provide you with all that is new. 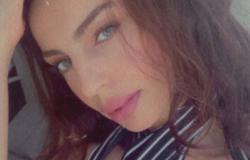