“Bandar Bush” and the trumpets of the prelude to the Saudi... 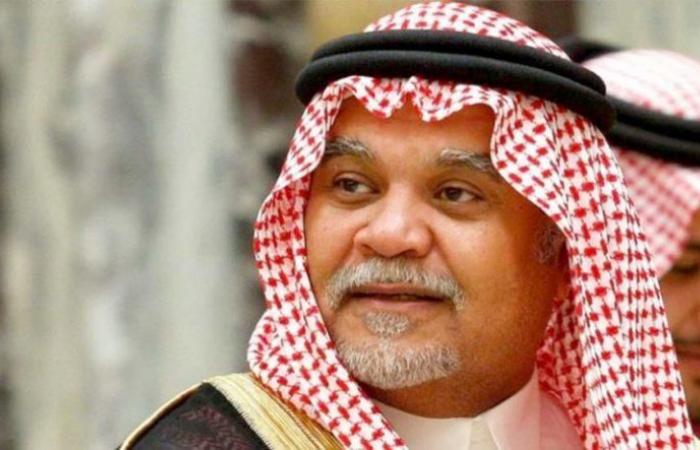 It is not a secret that the UAE’s announcement of reaching an agreement to normalize relations with the Israeli occupation state had received a green light from the Saudi leadership and Crown Prince Mohammed bin Salman personally. Nevertheless, Riyadh took the option of evading support or rejection of the agreement, but it sent a number of signals that do not support The agreement only strongly suggests that the Kingdom will embark on the same path of normalization at the appropriate time.
The matter began from a series of tweets and articles written by a number of media professionals and writers close to the Crown Prince, which launched the tag “Palestine is not my cause” and revived old normalizing sayings of the type of Palestinians selling their lands and fleeing from it in 1948, or wasting successive peace opportunities, or interfering in internal affairs. For the Arab countries, and other accusations that were originally Zionist and Israeli industry.
Then the matter developed in a clear and decisive step, which was granting Bahrain permission to sign a normalization agreement with the occupying power. Here, too, the Saudi media, and the writers of the crown prince themselves, promoted the Bahraini-Israeli agreement, but was far from the frank position of an official Saudi official.
And it seems that these signals were not enough or they did not satisfy the White House and the pressure groups working for the occupation state in the United States, and thus another unofficial message must always be received, but at the same time at a higher level from within the House of Saud. It was also required to not only support the UAE and Bahrain agreements, but also to launch a sweeping attack on the Palestinian cause and the Palestinian people.
Who is more worthy of this mission than Bandar bin Sultan, or “Bandar Bush” as the American press likes to call him because of his steadfast obedience verses to Presidents George Bush the father and son during his 22 years of work as the Kingdom’s ambassador to Washington? Who is better than a dear people who humiliated, who was stripped of all high positions by the Crown Prince and left in the open, and thus could go far in satirising the Palestinians, starting from Hajj Amin al-Husseini through Yasser Arafat, and not ending with any Palestinian leader who bet on the “lost side”? Or can a lawyer denounce the just cause of Palestine, and praise the lawyer for an unjust Israeli case?
The Palestinian leaderships, like all others in the history of the liberation movements, are not full of descriptions, nor of the sex of angels, and that is why they made mistakes that the Palestinians themselves realize before their Arab brothers or friends of their cause in the entire world. However, Bandar bin Sultan is completely difficult to balk to play the role of an honest critic for the performance of these leaders, who is the one whose political, diplomatic and security record is full of countless failings and sins, not towards the Palestinian cause alone, but also in dozens of files, from supporting global terrorism to bowing at Give the crown prince after the donation by stabbing the cousins ​​in the back.
It is not uncommon for him to search for a position for himself, even if he confines himself to playing the trumpets to prelude the Saudi version of normalization.

These were the details of the news “Bandar Bush” and the trumpets of the prelude to the Saudi... for this day. We hope that we have succeeded by giving you the full details and information. To follow all our news, you can subscribe to the alerts system or to one of our different systems to provide you with all that is new.