Mai Khreish swam against the current and ignited the communication sites... 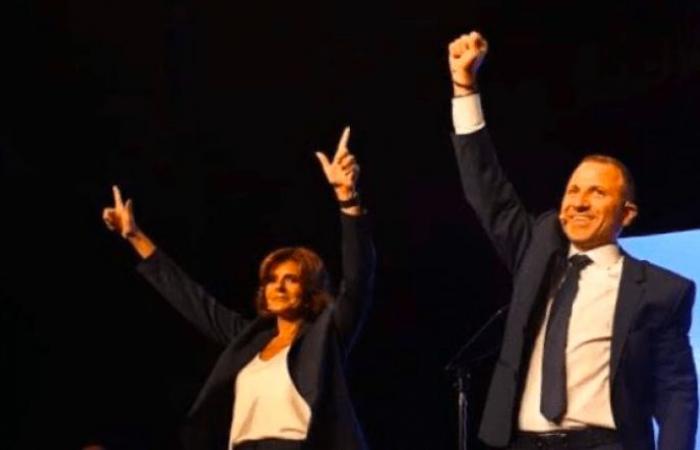 Beirut – “Al-Quds Al-Arabi”: May Khraish, the deputy head of the Free Patriotic Movement for political affairs, praised the opposite of the current. Her answers to embarrassing questions posed to her by the journalist Tony Khalifa through “Voice of Beirut International” caused a wide controversy on social media and with mockery of the intellectual level reached The leaders of the current, which prompted the movement’s officials to disavow Khreish’s views and consider that they represent her personal opinion and not the current’s position, before May Khraish, in turn, went out to announce after the widespread uproar that it caused due to her preference for Iran over Saudi Arabia that her answers represent her and have nothing to do with the opinion of the political current, She said on Twitter, “The journalist Tony Khalifa hosted me in my personal capacity on his program“ An embarrassing question ”… The program’s game includes the paragraph of differentiation between countries and public figures… My answers were bold and frank… They represent me and have nothing to do with the opinion of the political movement to which I have the honor to belong to… There are those who worked hard as usual To misrepresent my answers out of context ”.

And Khreish asked Khalifa, which do you prefer between Iran and Saudi Arabia? She answered, “My choice, Iran,” and Khalifah asked her, “Is it based on the document of Mar Mikhael (Aoun and Nasrallah).” She said, “My choice is Iran because of its history, the Islamic revolution that has become, and I love weaving carpets because it teaches you patience.”

Khreish’s failure was not limited to this answer by preferring a non-Arab state to an Arab one, but in the glory of the orange movement’s claim to a civil non-sectarian state, she answered the question “Who do you prefer between Walid Jumblatt and Samir Geagea?” She chooses Jumblatt because he has proven that he favors his sect over national interests. While Geagea did not prove that to me.

May also denied any connection with General Michel Aoun with the issuance of Resolution 1559, which her movement has always boasted of that it led to the departure of the Syrian army from Lebanon and the restoration of national sovereignty.

The meeting of the deputy head of the movement ignited social media sites with disparaging comments, including those of President Aoun’s nephew, Naim Aoun. Journalist Tony Abi Najm wrote, “After one interview with Mai Khraish, and I am sure Gebran Bassil, he will not work even as the head of the Batroun Building Committee.” He added, “By the way, and for our brothers in Saudi Arabia, this is the creature who never represents the Lebanese or the Christians. Saudi Arabia is more than a sister country for us. Saudi Arabia is a country of goodness and love for Lebanon and the Lebanese.

Bassam Khader Agha said, “Mai Khreish, the deputy of Gebran Bassil, with unprecedented audacity and employment, she says that her choice is to choose between Saudi Arabia and Iran, as she chooses” Iran “and has forgotten the 350,000 Lebanese Christians and Muslims who have been living from the Kingdom for decades. It is a disaster, how can we trust these traitors.”

Rania Al-Khalili said, “Do not blame Mai Khraish, for she does not have enough cunning, nor a direct interest to hide her hypocrisy and hypocrisy. “How many May Khraish surround us, we do not know.”

Maya Abi Ramia asked, “What is the common denominator between She Khreish and Iranian Ajami carpets?” Two dragons to tickle.

In the face of the turmoil caused by Khraish, the media advisor to the head of the movement, Antoine Constantine, appeared to confirm that “May’s views represent her, and that we respect the sovereignty of each state on its land and our relationship with these countries is not based on a mere answer.”

Likewise, a member of the “Strong Lebanon Bloc”, Elias Bou Saab, affirmed that “what is stated by Khraish represents it personally and does not represent our position, which we have repeatedly expressed in support of and commitment to the Arab umbrella and the relationship of the Lebanese-Arab brotherhood throughout history.” He added, “We have always demanded the inevitability of expressing national interests by force at the expense of any particular sectarian and sectarian interests.”

These were the details of the news Mai Khreish swam against the current and ignited the communication sites... for this day. We hope that we have succeeded by giving you the full details and information. To follow all our news, you can subscribe to the alerts system or to one of our different systems to provide you with all that is new.