A Salafi close to the Saudi government criticizes Al-Shuraim’s sermon …... 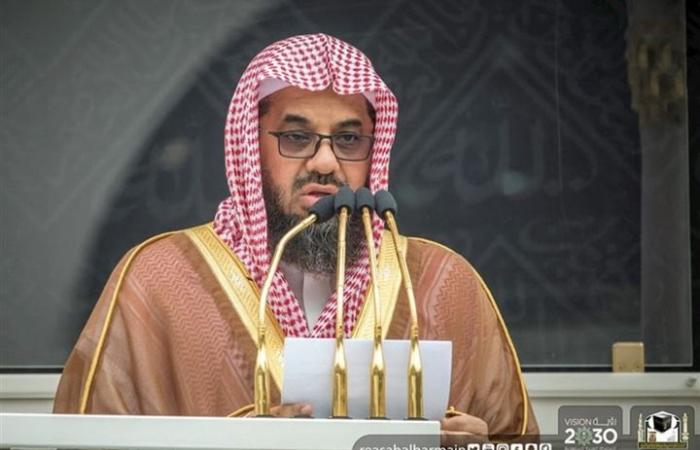 A Salafi preacher close to the Saudi government criticized the last Friday sermon at the Grand Mosque in Mecca, delivered by Sheikh Saud Al-Shuraim.

The Salafi preacher Abdul Aziz Al-Rayyes said in a tweet via Twitter, that Al-Shuraim confused the fact that Ibn Taymiyyah had attributed words not to him but to one of the activists, and he confused with generalizing the criticism of criticism, which is contrary to the Qur’an and Sunnah. For criticism is a right of advice, and denial of evil. ”

He continued, “It is bad timing, that this sermon came after Prince Bandar bin Sultan revealed that Palestine had let down Hamas and Fatah !!”

And Al-Shuraim had mentioned in his sermon a saying attributed to the jurist “Ibn Taymiyyah”, in which he came: “Some people do not see it except as criticizing, forgetting the good deeds of sects and races and mentioning their shortcomings, like flies leave the place of innocence and safety and fall on wound and harm, and this is from bad souls and bad mood.

Al-Rayes’s tweet sparked widespread indignation on the part of the tweeters via “Twitter,” who considered that the president, the owner of controversial positions, is clearly inciting to harm Shrimp.

However, some supporters of Al Rayyes, and supporters of Mohammed bin Salman, called on the authorities to exclude Al-Shuraim from the sermon, as was done previously with the well-known preacher Saleh Al-Maghamsi, who was excluded from the imamate of the Quba Mosque in Medina, following a tweet in which he demanded a royal pardon for the detainees.

Al-Rais is a Salafi preacher known to lead the so-called “Jammeh Movement,” and it is not the first time that he incites against well-known preachers and preachers.

It is noteworthy that since the arrival of Mohammed bin Salman to the mandate of the Covenant in 2017, Sheikh Al-Shuraim has become marginalized in terms of reducing his sermons in the Grand Mosque in Mecca, and deleting his account on the “Twitter” site.

These were the details of the news A Salafi close to the Saudi government criticizes Al-Shuraim’s sermon …... for this day. We hope that we have succeeded by giving you the full details and information. To follow all our news, you can subscribe to the alerts system or to one of our different systems to provide you with all that is new.