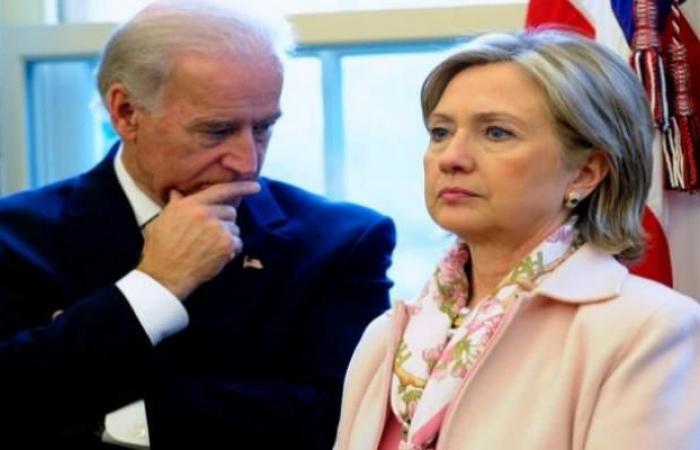 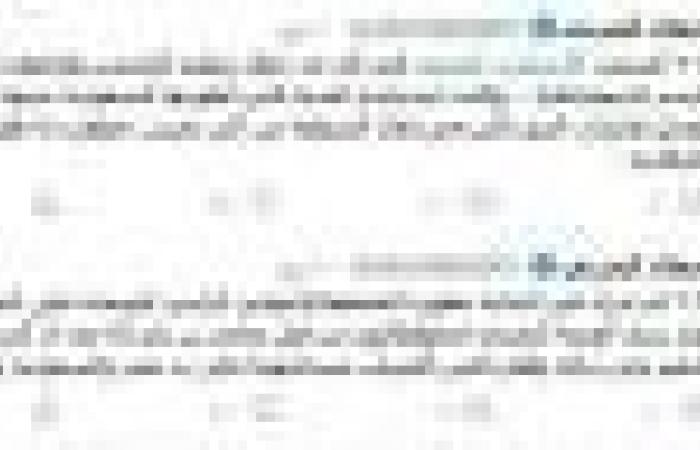 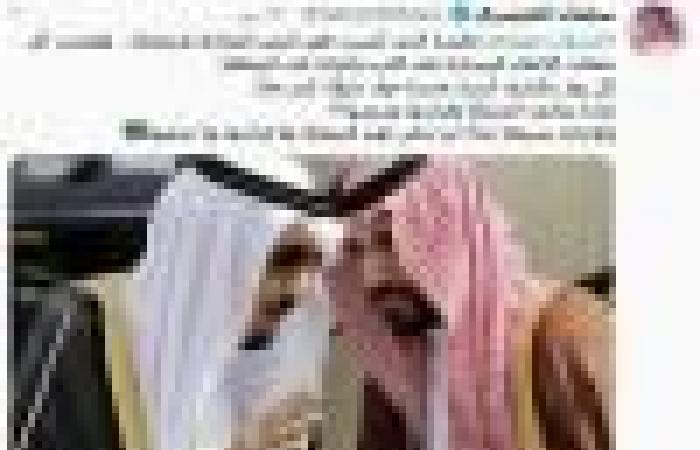 Tweeters expressed their pride in the positions of Saudi Arabia and the Emirates in support of their Arab brothers during the so-called “Arab Spring protests.”

This came during the emails revealed by former US Secretary of State Hillary Clinton, during the term of former President Barack Obama.

The tweeters emphasized at the same time that those messages revealed the shameful role of Qatar in plotting against the Arab countries, which are the countries that are carrying out and their media, headed by “Al-Jazeera” until today.

The private mail messages, which Hillary was using, reveal the secrets and details of the volatile positions of the former US President Barack Obama’s administration in the Middle East, and support for what was known as the Arab Spring revolutions, in addition to revealing the suspicious Qatari role in igniting crises in the countries and countries of the region.

A hashtag bearing the name “#Emails_Hillary” issued a list of the highest tweets in several countries, including Saudi Arabia, the Emirates, Kuwait and Qatar, in interaction with what was revealed.

The tweeters highlighted the honorable positions of Saudi Arabia and the UAE in support of their brothers.

In this regard, Saudi Prince Sattam bin Khalid Al Saud said: “Some of Hillary’s emails showed the honorable Saudi positions and their clear policies in secret and in public, and their support for the State of Egypt, the Gulf and the Arab and Islamic countries, and showed the strength of the Saudi society that it is the only society that Western colonialism has not penetrated, not like the positions of some countries. Which supported hundreds of millions of devastation and destruction. ”

In the same context, Saudi journalist Abdullah Al-Bandar said, “The Saudi who read Hillary’s e-mails raises his head loudly on the great Saudi positions that were a victory for the brothers, starting with Bahrain when Prince Saud Al-Faisal closed the phone to Hillary Clinton, Iraq and Egypt, even if it was at the expense of its strategic relations with The greatest country in the world. ”

In turn, Emirati writer Yaqoub Al-Raisi talked about the historical positions of the UAE in its support for Bahrain, which were highlighted in Clinton’s messages.

In this regard, he said, “Hillary’s emails confirm the role of the UAE in the Bahrain crisis in 2011 and the strong position of Sheikh Abdullah bin Zayed with it, and that the UAE and Saudi Arabia will send troops to Bahrain … a position of history.”

For his part, Emirati journalist Jamal Al-Harbi said: “Clinton’s emails revealed to what extent the Hamdeen and Brotherhood tried to exploit them in the name of democracy … and the policy of parity demonstrated by Saudi Arabia at the time and the wisdom and work of the UAE had the most prominent role in saving the region from the biggest sabotage planned by Qatar and its terrorist arms.”

He continued: “We did not at first realize the danger of the Brotherhood’s scheme aimed at dominating the region … We did not realize the importance of confronting their plans by (Sheikh) Mohammed bin Zayed (the Crown Prince of Abu Dhabi) until after the unveiling of them and Turkey and Qatar, whose efforts were foiled by Egypt and Saudi Arabia. And the Emirates. ”

One of Hillary’s letters reveals that the late Saudi Foreign Minister Prince Saud Al-Faisal closed the phone in her face after her request from Riyadh not to send Saudi forces to Bahrain during the 2011 events, and one of Hillary’s emails revealed the kingdom’s position rejecting the invasion of Iraq.

The strong positions of Saudi Arabia in support of its brothers were a reason to target it, especially from Al-Jazeera, after Hillary’s letters revealed the suspicious role of Qatar and its media in causing chaos in the region.

In this regard, the famous Saudi singer Munther Al Sheikh Mubarak said: “The argument of everyone who doubted the Brotherhood’s employment or that Al-Jazeera did not manage intelligence has fallen after Hillary’s emails that revealed sums and meetings with Qatar and then choose the client (Waddah) Khanfar (Al Jazeera’s director). The former) to leave Doha to be supervised from the outside!

He continued, “Huge sums are now being used for the media attack on the crown prince, so is it time for minds to act ??”

And he added, “Hillary’s emails killed and destroyed all the false rumors … and showed our pivotal role in preserving the security of Bahrain and Egypt … in which Saudi Arabia did not trust America after its invasion of Iraq and was strongly opposed to it, closing the speaker in the face of the US Secretary of State when it came to security. the two seas”.

In turn, the Saudi writer Salman Al-Dossary said: “Hillary’s e-mails were the straw that broke the back of the anti-kingdom camel and exposed all the left-wing media campaigns and tools in the region.”

In the same context, the Saudi poet Abdul Latif bin Abdullah Al Al-Sheikh said: “Hillary’s e-mails are a fraction of the size of the enemies’ plot against Saudi Arabia.”

And he added, “They were betting on our downfall, but they supported, financed, penetrated, recruited, and used all dirty means to achieve their dirty goal … But God made fun of Muhammad bin Salman, who did not bend to the fierce winds of treachery, but made everyone who conspired into the wind.”

In the same context, the famous Saudi singer Bin Habas said: “The plots against the Kingdom and the person of His Highness the Crown Prince are caused by the failure of Hillary’s orphans to penetrate the state and the end of their hope to appoint a person close to them in the highest positions .. Prince Muhammad bin Salman ended the penetration and cut off the road to them and the days will reveal the size His work has caused them a headache and that is why they seek in vain to offend him #Email_Hillary.

And he added, “They were disturbed by the intervention of the Peninsula Shield in Bahrain, and in their messages they described it as” occupation. “And if John Kerry’s emails revealed to us in the future, we will read their annoyance about Decisive Storm .. # Hillary’s emails confirm that sabotage is a plan targeting us and handing Arab capitals to Iran as part of their goals.”

These were the details of the news “Hillary’s emails” on Twitter: the pride of Saudi Arabia and the... for this day. We hope that we have succeeded by giving you the full details and information. To follow all our news, you can subscribe to the alerts system or to one of our different systems to provide you with all that is new.