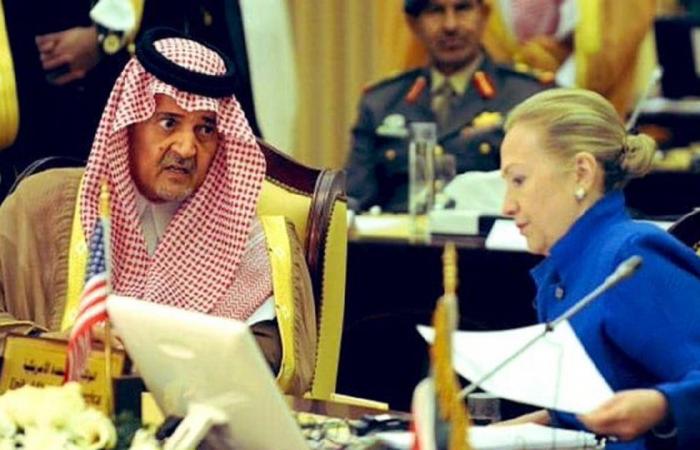 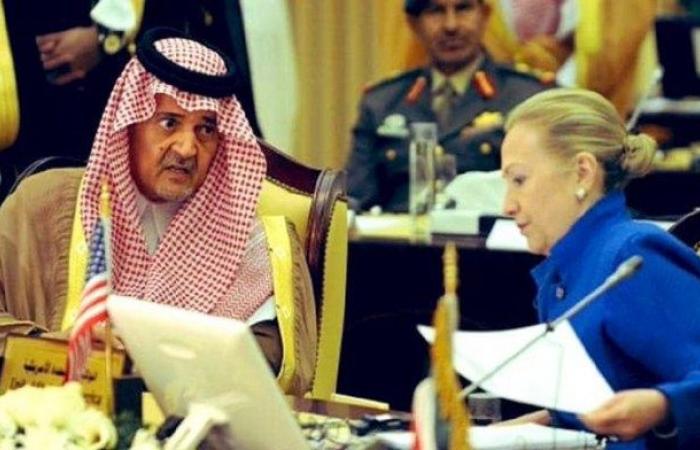 Hillary Clinton’s declassified emails revealed a story she had collected with Prince Saud, may God have mercy on him, which topped the scene within a few hours on various social media platforms.

Hillary’s emails said: “I warned him (Prince Saud Al-Faisal) against interfering in Bahrain and their revolution and that violence might cause an American-Saudi crisis, but Saud Al-Faisal closed the line in my face.”

Citizens interacted with Clinton’s message, stressing that the Kingdom always has its strong positions and does not follow America or any other country.

For his part, the two members of Al-Ahmari commented on the predominance of Prince Saud and Clinton’s story of the scene, by saying on Twitter: “Why is it surprising that Prince Saud Al-Faisal closed the speaker in the face of Hillary after warning her to enter Bahrain? The relationship between Saudi Arabia and America is strategic, and not followed and followed. And King Fahd previously ordered that the Washington ambassador leave Saudi Arabia immediately after he interfered with the issue of Chinese missiles, and there are many events. ”

These were the details of the news Prince Saud shutting down the phone in the face of “Clinton”... for this day. We hope that we have succeeded by giving you the full details and information. To follow all our news, you can subscribe to the alerts system or to one of our different systems to provide you with all that is new.