The business world in Turkey calls on Saudi Arabia to resolve... 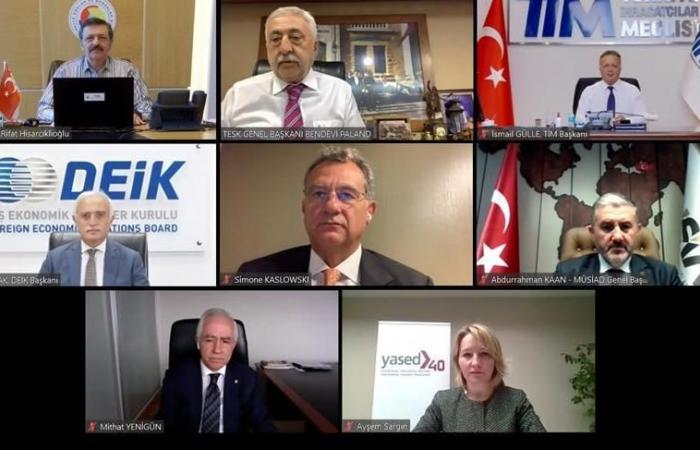 The statement indicated that Turkey wants to continue commercial and economic relations with the Kingdom of Saudi Arabia, without any dispute or problem, indicating that the Turkish and Saudi economies complement each other.

The statement pointed to the possibility of continuing trade relations between the two countries, based on the principle of mutual profit, noting that trade relations are the most important means for the renaissance of societies and increasing their well-being.

The statement expressed its regret at the start of a campaign calling for a boycott of Turkish products and goods in the Kingdom of Saudi Arabia, and that this step would harm both parties.

The statement continued: “We hear from our companies and the media about this campaign, as we have heard from our customers in the Kingdom forcing some companies to pledge to boycott Turkish products and not import anything from Turkey.”

And the statement added, “We also heard that there are instructions to customs outlets to block the entry of Turkish products into the Saudi market, and a statement made by the head of the Saudi Chambers of Commerce Ajlan Al-Ajlan regarding the necessity of boycotting Turkish products has caused alarm to businessmen in both countries.”

The statement pointed out that these negative developments also affected the Turkish contractors who have implemented hundreds of projects in the Kingdom of Saudi Arabia during the past years.

The statement stated that Saudi Arabia has for some time refrained from inviting Turkish contractors to participate in the tenders put forward to implement many projects, and Turkish businessmen are upset about the mistreatment they receive from Saudi Arabia.

The statement indicated that preventing the import of Turkish products will negatively affect the performance of Saudi companies, and that any formal or informal action will seriously damage the deep-rooted commercial relations between the two parties.

The statement added, “Based on what has been mentioned, we ask the Saudi authorities to take concrete steps to resolve the economic and trade differences between the two countries, and we call on Riyadh for a constructive dialogue and we believe that we can resolve all disputes through close cooperation and sincere dialogue.”

These were the details of the news The business world in Turkey calls on Saudi Arabia to resolve... for this day. We hope that we have succeeded by giving you the full details and information. To follow all our news, you can subscribe to the alerts system or to one of our different systems to provide you with all that is new.