A setback for Saudi Arabia in the G20 summit 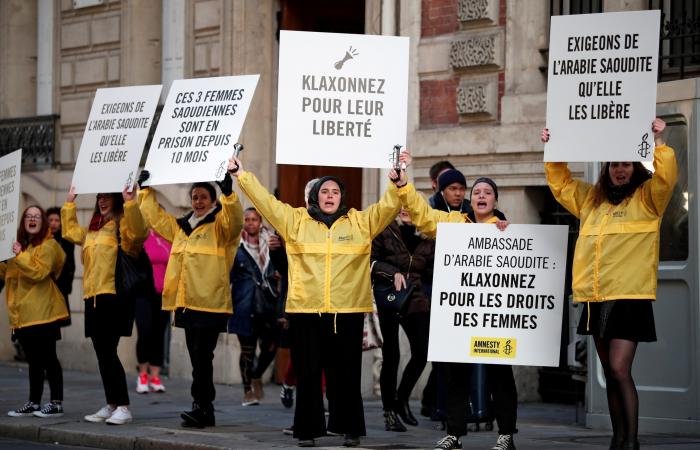 Saudi Arabia received a setback with the European Parliament’s call to reduce the level of representation at the G20 summit, which is expected to be held in Riyadh between 21 and 22 November, due to “human rights violations” in the Kingdom.

The Saudi authorities, which are looking to benefit from this platform in order to shed light on Crown Prince Mohammed bin Salman’s modernization efforts, were forced to only organize the summit via video technology due to the epidemic crisis.

The recommendation of the European Parliament was adopted Thursday, a few days after the second anniversary of the killing of Saudi journalist Jamal Khashoggi in his country’s consulate in Istanbul on October 2, 2018, in a case that damaged the reputation of the Kingdom.

Officials in Turkey and the United States had accused bin Salman of being behind the case, or alluded to that, while Riyadh reiterated that the operation was carried out by Saudi agents who acted alone.

In his statement, the parliament called on the European Union and its member states to reduce the level of representation at the upcoming summit with the aim of “avoiding the legalization of impunity for human rights violations as well as for illegal and arbitrary detentions” in Saudi Arabia.

A source in the European Parliament said the recommendation sends a “clear political message.”

It is scheduled that European Commission President Ursula von der Leyen and European Council President Charles Michel will participate in the summit, unless they adhere to the Parliament’s recommendation.

In order to impose more pressure on them, European representatives organized an internal campaign to collect signatures calling for “reducing the level of European Union participation,” according to a text seen by AFP.

The text states that Saudi Arabia has a “long history” of “silencing the voices (…) and it would be inappropriate for the G20 summit to be organized.”

According to them, “no legitimacy should be given to a government that commits flagrant violations of human rights by allowing it to host one of the most prominent summits in the world.”

The authorities of Saudi Arabia, which or the Arab country hosting the G20 summit, have not commented on European initiatives.

Researcher Yasmine Farouk of the Carnegie Center believes that a weak European presence at the summit will cause embarrassment to the Kingdom as it organizes “the most prominent event of Saudi diplomacy.”

The summit will be organized via video technology due to the global epidemic crisis, which will prevent the Saudi crown prince from presenting his modernization projects directly to the participants.

“The symbolic effect is undermined when the Saudis are unable to play the role of welcoming hosts,” said Christine Diwan, a researcher at the Arab Gulf States Institute in Washington.

She added that “the boycott or reduction (the level of representation), which restore priority to the issue of human rights, would deal an additional blow.”

The European Parliament addressed the issue of the “horrific fate” of Ethiopian immigrants detained in Saudi prisons, the case of the arrested human rights activist Loujain Al-Hathloul, or also the issue of blogger Raif Badawi.

Parliamentarians also addressed the issue of the “arbitrary” detention of members of the ruling family, including Basma Bint Saud.

These were the details of the news A setback for Saudi Arabia in the G20 summit for this day. We hope that we have succeeded by giving you the full details and information. To follow all our news, you can subscribe to the alerts system or to one of our different systems to provide you with all that is new.