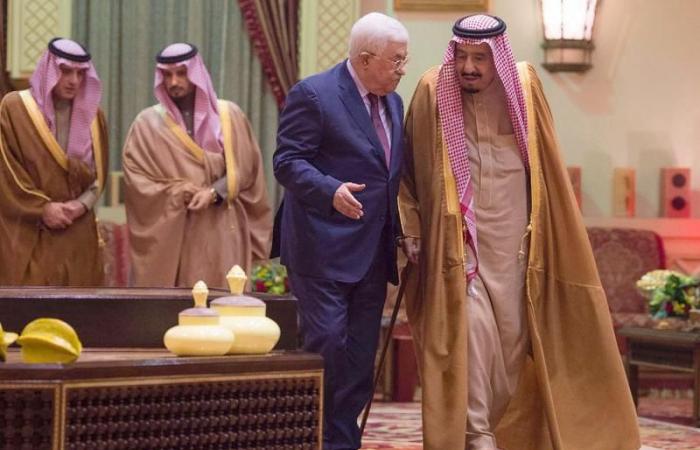 Hind Al Soulia - Riyadh - Analysts believe the kingdom may be preparing the ground for choices it could make in the future as it sheds the constraints of Palestinian considerations.

RIYADH – Arab analysts considered Saudi Prince Bandar bin Sultan’s recent revelations of details about negotiations conducted by the late Palestinian President Yasser Arafat in Washington in the last weeks of former US President Bill Clinton’s term as a historical testimony to set the record straight, while at the same time signaling deep Saudi disappointment with the positions of the current Palestinian leadership.

These analysts wondered about the timing of Prince Bandar’s revelations, which one Arab diplomat described as “stripping naked” Arafat and holding him responsible for wasting opportunities offered to him to reach a settlement with Israel.

They concluded that the kingdom may be preparing the ground for choices it could make in the future as it sheds constraints of Palestinian considerations, especially since Palestinian President Mahmoud Abbas has opted for rapprochement with Turkey and Iran without taking into account the positions of Arab Gulf states regarding these two non-Arab countries.

The same analysts said that Prince Bandar, who in the late 2000s served as Saudi Arabia’s ambassador to the US, clearly wanted to confirm that the kingdom sought to help the Palestinians to the fullest extent, but Arafat had other agendas in mind that were detached from reality. This was clear when Arafat promised to approve points raised by Clinton at the end of 2000, but then reneged on his promise with no clarification.

Analysts also said the words of Prince Bandar, who later served as head of the Saudi National Security Council, meant that the kingdom is no longer committed to taking Palestinian positions into consideration when it has to make decisions directly related to its national interest.

An Arab diplomat who worked in Washington during the Clinton era confirmed the validity of what the former Saudi ambassador to Washington said.

The diplomat noted the new Saudi position’s seriousness and its consequences for Palestinian leadership in particular. The diplomat explained that the three part interview with Prince Bandar was with Al-Arabiya, which is directly affiliated with the Saudi royal court, and was well prepared.

He pointed out the archival footage that accompanied the taping of the interview, highlighted the friendly relationship between Abu Mazen (Mahmoud Abbas) and Turkish President Recep Tayyip Erdogan.

He concluded that nothing has changed since Abbas succeeded Arafat. As the latter chose to side with former Iraqi leader Saddam Hussein during a time when he should have backed the Gulf position, Abu Mazen similarly chose to side with Erdogan at a time when the Turkish president is engaged in a confrontation with Saudi Arabia, the United Arab Emirates and Bahrain, he said.

Prince Bandar’s shocking statements were met with a torrent of insults from circles close to Abbas, Hamas and its affiliated groups with links to Iran and Turkey. But they were met with understanding by Palestinian leaders who lived through the period referred to by Prince Bandar, and have knowledge of the public and secret deals that took place in the name of the Palestinian cause.

Analysts believe that the Palestinians should pick up on Prince Bandar’s signals related to both the present and the future instead of seeking to defend the past during which many leaders secretly played roles that contradicted their public slogans.

The same analysts believe that the words of the former Saudi official were aimed at freeing the Saudi initiative from the hold of loyalty at all cost to the Palestinian cause and the need to support it as a central issue in the Arab and Islamic worlds, even as the Palestinians themselves “sold” their cause in the past and are ready now to sell the Arab position that is politically and financially supportive of their cause for the sake of the interests of some Palestinian leaders and their desire to remain constantly at the forefront.

Palestinian writer Muhammad Masharqa expressed his astonishment at “the anxiety and anger of some of the Palestinians who chose to dismiss Bandar bin Sultan’s testimony as part of the conspiracy against the (Palestinian) cause and the Palestinian narrative and constants.”

Masharqa, who is the director of the Centre for Arab Progress in London, told The Arab Weekly that “what Palestinians need to read in Bandar’s speech is not the details, but rather what the coming days imply in terms of reconsidering the entire Palestinian narrative with its ideological weight that is no longer relevant to reality.”

He pointed out that “the most grave thing is what came at the end of the third episode of Prince Bandar’s interview, which is that the current Palestinian leadership is no longer relevant either, and that it is thus starting to lose its official Arab support base.”

The Palestinian leadership does not seem to sense the shift in the kingdom’s position and its impact on Palestinians, especially when the kingdom has for decades been the principle source of funding for them in the pre- and post-Oslo negotiation periods and during the establishment of the Palestinian Authority in the West Bank and Gaza in particular.

In the Palestinian Authority’s first response to Prince Bandar’s statements, Saeb Erekat, secretary of the Palestine Liberation Organisation’s executive committee, said on Thursday that whoever wants to pave the way for normalisation with Israel “can do so without defaming the Palestinian people and their legendary struggle.”

Prince Bandar during the three episodes of the interview levelled harsh criticism at Palestinian leaders, accusing them of wasting one opportunity after another to end the Palestinian-Israeli conflict. He also accused the Palestinian leadership of crossing their boundaries and “daring to be insulting” in objecting to the UAE and Bahrain’s decision to normalise relations with Israel.

“With all these new developments in the world, we are at a stage where instead of focusing on how to face the Israeli challenges in order to serve the Palestinian side, we also have national security and interests to look after,” Prince Bandar said in the third part of the interview.

These were the details of the news Prince Bandar signals Riyadh no longer beholden to Palestinian constraints for this day. We hope that we have succeeded by giving you the full details and information. To follow all our news, you can subscribe to the alerts system or to one of our different systems to provide you with all that is new.