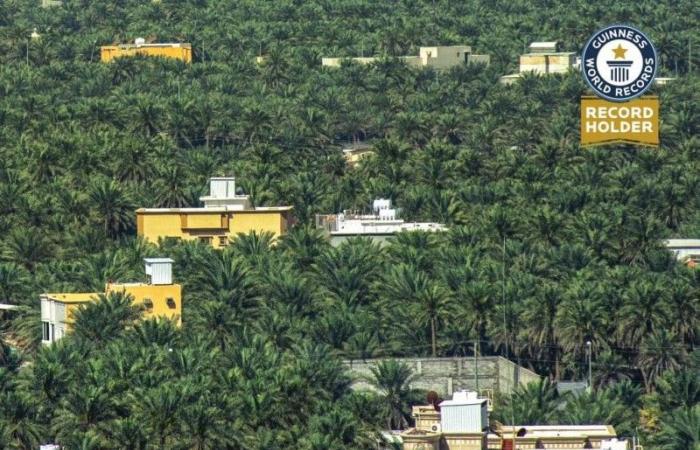 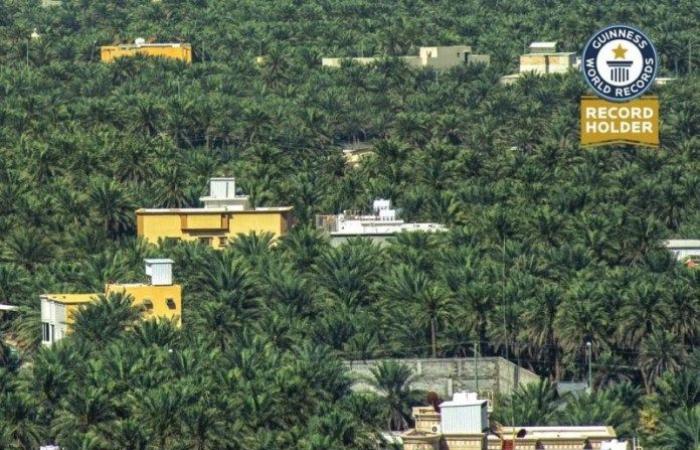 Al-Ahsa Oasis has entered the Guinness Book of Records, as the largest stand-alone oasis in the world, with 2.5 million palm trees feeding from the huge aquifer, through 280 artesian wells, and over an area of ​​more than 85.4 square kilometers (32.9 square miles), according to the site. “Guinness”-mail.

The Heritage Authority undertook the task of introducing the World Encyclopedia to the Al-Ahsa Oasis, one of the sites of the Kingdom of Saudi Arabia registered on the World Heritage List of the United Nations for Education, Science and Culture (UNESCO), next to the city of stone in Al-Ula, the Al-Turaif neighborhood in the historic Ad Diriyah, the historical Jeddah, and the sites of rock paintings in Jubbah. And Shuaims in Hail. Al-Ahsa, in addition to its environmental richness and natural heritage, is rich in historical and cultural depth, as many human civilizations have succeeded in it and was a strategic link with the world. It includes many national heritage sites, and the oldest history of human settlement dates back thousands of years. Its palm oasis is the largest palm oasis surrounded by sand in the world. The “Guinness World Records” had registered the Maraya Theater in Al-Ula, the largest building covered with mirrors in the world this year, in addition to recording several national achievements to achieve records, and thus the Kingdom ranks second in the Arab world in the number of records in this global encyclopedia https: / /www.guinnessworldrecords.com/world-records/largest-oasis.

These were the details of the news “Guinness” records Al-Ahsa Oasis as the largest in the world –... for this day. We hope that we have succeeded by giving you the full details and information. To follow all our news, you can subscribe to the alerts system or to one of our different systems to provide you with all that is new.