A British parliamentary committee to investigate the detention of Ibn Nayef... 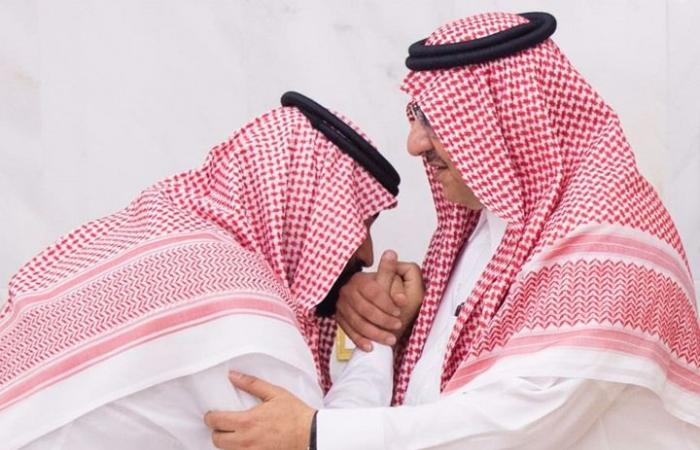 Members of the British Parliament and international lawyers announced the formation of a special fact-finding committee; Concerning the detention of the former Saudi crown prince Muhammad bin Nayef and his uncle, Prince Ahmed bin Abdulaziz, in Saudi Arabia.

The announcement came at a press conference held by the committee members via the Internet, which was attended by “Arabi 21”.

The committee is chaired by Conservative MP Crispin Blunt, former chair of the Foreign Relations Committee in the British Parliament, who previously chaired two fact-finding committees; The first is about the detention of the late Egyptian President Mohamed Morsi, and the other is about the conditions of detention of prisoners of conscience in Saudi Arabia.

Blunt referred to his previous positions in favor of Saudi Arabia, praising its role in Yemen, and in opposition to halting arms exports. But Blunt changed his position and became a critic of Saudi Arabia’s rulers after the assassination of journalist Jamal Khashoggi in the Saudi consulate in Istanbul in October 2018.

Blunt had defended the “red carpet rugs” of Saudi Crown Prince Mohammed bin Salman (at the time he was deputy crown prince) during his visit to Britain in 2016, but he said after Khashoggi’s assassination that it would be better if someone else was in power in Saudi Arabia.

At the press conference, Blunt reminded the committee he headed about Morsi’s detention, and his warning about the bad conditions he faces and torture. He had written an article in The Independent newspaper after Morsi’s death, saying: “I expected his death to come, but no one listened to me.”

Blunt considered that the composition of the committee could have the confidence of Saudi Arabia, in addition to the presence of international lawyers who have a good reputation.

He explained that among what the committee wants to discuss is “what is the message behind the arrest and disappearance of these people,” and the changes in Saudi Arabia after the repercussions of Khashoggi’s murder.

He said that he met the Saudi ambassador in London, Khalid bin Bandar, on Monday, but the ambassador awaits the Saudi government’s opinion and researches the background of the committee members before engaging with it, stressing that it is better for Saudi Arabia to present its story instead of relying on other sources only.

He added, “We are still in the early stages, and we are waiting to receive evidence” in the coming weeks. The committee has designated an email to receive information and evidence about the arrest of the two Saudi princes, from any party wishing to provide information.

For her part, Moran said that last year she learned about the conditions of detention of detainees in Saudi Arabia. Moran was a member of the first committee on prisoners of conscience in the kingdom.

She added, “My interest is focused on human rights in the world, and people are watching and will raise any file that causes concern.” She referred to the case of Loujain Al-Hathloul, who has entered a hunger strike and is prohibited from visiting.

She indicated that with the approach of the G20 summit, “they (the Saudis) should know that we will hold them accountable.”

As for MP Imran Khan, he spoke of positive steps in Saudi Arabia, including ending the guardianship of women. He said that the issues being discussed are important for Saudi Arabia to reach its goals within the 2030 Agenda.

Attorney Tim Molony said that the file will be examined based on the United Nations standards for the treatment of prisoners and the Arab Charter for Human Rights, both of which are signed by Saudi Arabia.

He explained that the focus will be on four aspects during the work of the committee: The arrest of (Ibn Nayef and his uncle) without formal charges, since 6 March 2020, then the place of their detention is unknown even to the family, and whether the princes are receiving the necessary medical care, there are concerns From preventing doctors from visiting them, and then being able to communicate with the outside from their place of detention.

Heidi Dijktsal stated that the committee will work to receive evidence and information, and conduct an investigation to reach conclusions about the detention of the two princes, pointing to obtaining information in the past about the conditions of detention of detainees in Saudi Arabia.

She indicated that the recommendations could include imposing sanctions from the British government, and communicating with the United Nations and national governments, in addition to raising this file in the General Assembly, the UN Security Council, the United Nations Human Rights Council, and the UN Special Rapporteur on arbitrary detention.

With the difficulty of verifying allegations of torture against prisoners in Saudi Arabia, Digitsal invited those with information about the two princes’ detention to email the committee.

The committee had stated in the invitation letter to the press conference that it had submitted a request through the Saudi ambassador in London, Khalid bin Bandar, to visit the two princes, Muhammad bin Nayef and Ahmed bin Abdulaziz, “in light of concern about their continued detention in an unknown location since their arrest in March 2020.” .

Muhammad bin Nayef and his brother Nawwaf bin Nayef were arrested from a rest stop near Riyadh on the evening of March 5 (their arrest was revealed on March 6), as he used to receive US officials there during his days of responsibility, and they were taken and communications cut off the site and they were informed of charges of treason. Destined for them.

According to Bloomberg, the Saudi royal court informed senior members of the royal family that Ahmed bin Abdulaziz and Muhammad bin Nayef were planning a coup.

Lawyer Tayeb Ali, from the Bendmans Legal Foundation, said in a written statement prior to the press conference that Arabi21 received a copy of it: “Our clients express their concern about the method practiced by the Kingdom of Saudi Arabia regarding its fulfillment of its human rights obligations. Politicians who defend democratic values ​​and human rights in the country face the risk of arbitrary arrest and ill-treatment while in detention.

He added, “The report of the United Nations Special Rapporteur on the murder of Washington Post journalist Jamal Khashoggi two years ago demonstrated how Saudi Arabia could pose a threat to pro-democracy activists.”

He stressed that “it is very important that the issue of Saudi Arabia’s commitment to human rights principles be at the top of the agenda of the G20 summit meeting later this year, and that this is an unmissable opportunity to improve the human rights conditions of activists in the Kingdom of Saudi Arabia.”

These were the details of the news A British parliamentary committee to investigate the detention of Ibn Nayef... for this day. We hope that we have succeeded by giving you the full details and information. To follow all our news, you can subscribe to the alerts system or to one of our different systems to provide you with all that is new.