Saudi News Today … a decision by “Zakat and Income” on... 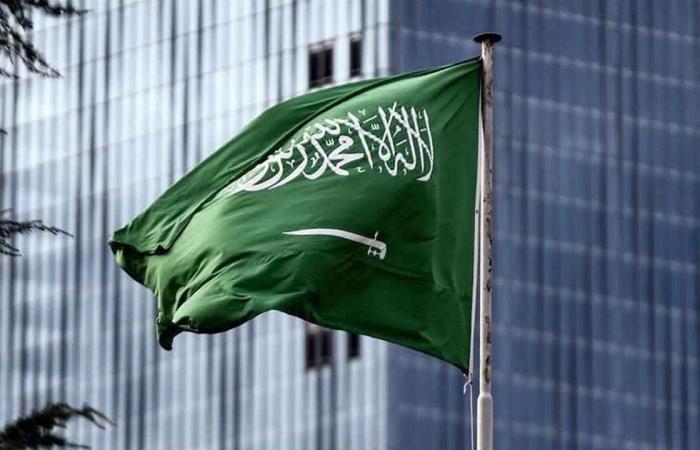 Ajel newspaper monitors the most important news of Saudi Arabia, today, Tuesday, as the Zakat and Income Authority issued an important clarification regarding the initiative to “cancel fines and exempt from financial penalties for taxpayers” within the framework of the package of initiatives to stimulate the economy and support the private sector, which was launched by the government of the Custodian of the Two Holy Mosques earlier in this. Year; To support the private sector in the Kingdom, and enable it to overcome the financial and economic impacts resulting from the spread of the Corona pandemic (Covid-19), and to the details:

Prince Faisal bin Salman bin Abdulaziz, Governor of Madinah Region, in his name and on behalf of the people of the region, thanked and grateful to the Custodian of the Two Holy Mosques King Salman bin Abdulaziz, on the occasion of the issuance of his generous approval to complete the work in the in-kind scheme southeast of Medina and allocate part of it in favor of compensation in kind for real estate owners Drained in the areas surrounding the Prophet’s Mosque, Quba Mosque, and Al-Miqat Mosque.

His Royal Highness Prince Mohammed bin Salman, Crown Prince, Deputy Prime Minister and Minister of Defense, also sent a congratulatory message to Mr. Alexandre de Crowe on the occasion of his swearing-in as Prime Minister in the Kingdom of Belgium, expressing the most beautiful congratulations and best wishes for success and health for his country, and more Progress and prosperity for the friendly people of the Kingdom of Belgium.

Today, Tuesday, the leadership of the Arab Coalition Forces to Support Legitimacy in Yemen said that it had intercepted and destroyed a booby-trapped drone launched by the Houthi militia towards Najran, explaining that the Houthi militia continues its terrorist attempts at targeting civilians and civilian objects.

The Secretary-General of the Organization of Islamic Cooperation, Dr. Yusuf bin Ahmed Al-Uthaimin, condemned the launching of the terrorist Houthi militia (backed by Iran), a “booby-trapped” drone, towards the city of Najran, before the coalition forces to support legitimacy in Yemen were able to intercept and destroy it, today, Tuesday.

The General Authority for Zakat and Income announced an additional extension of the period for benefiting from the initiative of “canceling fines and exemption from financial penalties for taxpayers”, for a period of three months, ending on the 31st of December, in a move aimed at providing an opportunity for taxpayers to correct their financial conditions and enable them to perform Their zakat and tax duties.

The Ministry of Education revealed the mechanism for quarterly exams for male and female students in Saudi universities between attendance and distance.

The Public Prosecution confirmed that correspondence, letters, publications, parcels and telephone conversations are safeguarded according to high guarantees, and stressed that they may not be seized or monitored except in cases indicated by the system and with a warrant or a reasoned permission from the Public Prosecutor for a limited period and in connection with a crime that actually occurred and required the interest.

The Citizen Account Program renewed the reminder of the procedures for submitting an objection to disqualification, stressing that submitting the application within a maximum period of 3 months from the date of issuance of the eligibility result. This came in response to a question by a person who tweeted it on the official account of the beneficiaries service on the social networking site “Twitter” .

Video .. A resident was involved in forging residence permits and driver’s licenses in Riyadh

Security patrols in the Riyadh region arrested a Pakistani resident who forged residency and driver’s licenses as well as traffic licenses and health certificates to conduct work, and a video clip of the Ministry of Interior stated that a ready-made laboratory consisting of printing machines, a thermal device to extract the card and a laptop, as well as a large number of driving and residence permits were seized. Ready for delivery.

Medina topped the list of Saudi cities in recovery cases, with 110 cases recovered during the past 24 hours; This is out of 322,612 cases of recovery in the cities of the Kingdom since the beginning of the emerging Corona virus crisis and until now.

Conditions for travel permits for government, civilian and military employees, and official duties

The General Directorate of Passports revealed the controls and conditions related to travel permits for exceptional groups through the Absher platform for electronic services, for each of: (government employees – civilians and military – assigned to official duties), and included the controls and conditions: Firstly, the official task could not be performed remotely and secondly: the task should not be Linked to a deadline that can be postponed, and third, participation should be minimal.

Saudi Arabia News Today .. The Kingdom is among the top ten in the world in remote training..Allocation of 2 billion riyals to finance the import of food products

These were the details of the news Saudi News Today … a decision by “Zakat and Income” on... for this day. We hope that we have succeeded by giving you the full details and information. To follow all our news, you can subscribe to the alerts system or to one of our different systems to provide you with all that is new.