The “Saudi ministers” renewed his call to stand firm against Iran’s... 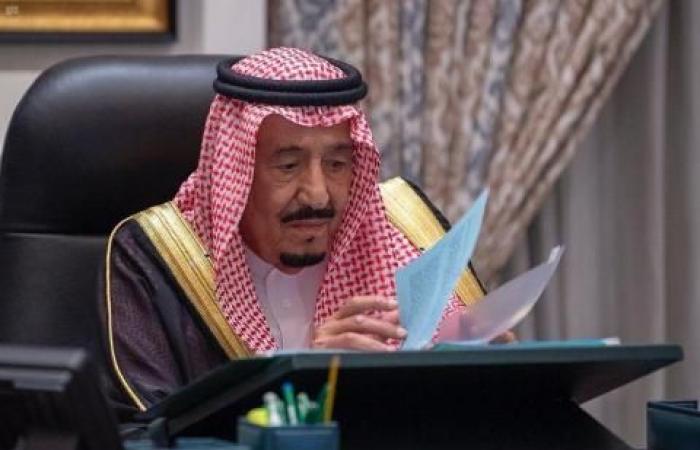 The Cabinet stressed Saudi Arabia’s demand on the occasion of the International Day for the Total Elimination of Nuclear Weapons in the United Nations, that the international community must stand up to its responsibilities towards the violations and violations of international agreements and treaties committed by Iran.

This came within the session held by the Council via video call – chaired by the Custodian of the Two Holy Mosques, King Salman bin Abdulaziz.

The Council appreciated what was included in the speech of the Custodian of the Two Holy Mosques in front of the U20 Summit of the Urban Community Group, of the Saudi Presidency of the G20 on urban development issues, its programs and projects in accordance with the Saudi Vision 2030, and its assertion that the highest and immediate priority is to combat the Corona pandemic and its consequences.

The Council also praised the support given by the leadership to the real estate and housing sector, as it constitutes an important axis in economic development, and its keenness on citizens to relieve them, touch their needs and take into account their circumstances, and enable them to own their homes, following the issuance of the royal order exempting all real estate supplies made on The way of transferring ownership and selling from VAT

The Council continued the implementation of the first phase of the gradual return to performing Umrah rituals, and the precautionary and preventive measures that have been taken to provide the utmost care for those who visit the Grand Mosque, and to preserve their health and safety.

The Council addressed the Kingdom’s celebration of the International Teacher’s Day, noting the support and interest of the wise leadership that teachers find to enable them to fulfill their mission, train and qualify them, and provide the capabilities that enhance their participation, in line with Vision 2030

The Council also expressed its congratulations to the leadership and people of the Republic of Sudan on the occasion of reaching the Juba Peace Agreement.

On the other hand, the Minister of Foreign Affairs authorized – to negotiate with the International Air Transport Association (IATA) regarding a draft headquarters agreement between the Saudi government and the International Air Transport Association (IATA) regarding the organization of the Union’s office. He also authorized the Minister of Foreign Affairs – to negotiate with the European Union regarding the matter A draft memorandum of understanding between the Kingdom’s government and the European Union in the field of combating terrorism and its financing and combating extremism.

The Council also directed to negotiate with the Bahraini side to raise the level of representation for the Saudi-Bahraini Coordination Council to be headed by the crown princes of the two countries and to sign the protocol amending the minutes of the establishment of the Council, and agreed to organize the Saudi Patient Safety Center, and approved the establishment of the National Development Fund {in order to achieve its goals and the goals of funds and banks Development and development affiliated to him}, by lending and other forms of financing for his affiliates by borrowing in all its forms, and approved the amendment of the regulation of the Royal Commission for Jubail and Yanbu issued by Royal Decree No. M / 75 dated 9/16/1395 AH as mentioned in the decision.

The Council approved two promotions to the fourteenth rank and appointment to the position of Minister Plenipotentiary, as well as examined a number of public issues on its agenda, including annual reports of the General Survey of Survey, the Saudi Red Crescent Authority, and the Board of Grievances, and the Council has taken the necessary actions regarding these issues.

These were the details of the news The “Saudi ministers” renewed his call to stand firm against Iran’s... for this day. We hope that we have succeeded by giving you the full details and information. To follow all our news, you can subscribe to the alerts system or to one of our different systems to provide you with all that is new.