Saudi Arabia and the fight against terrorism … Qualitative victories and... 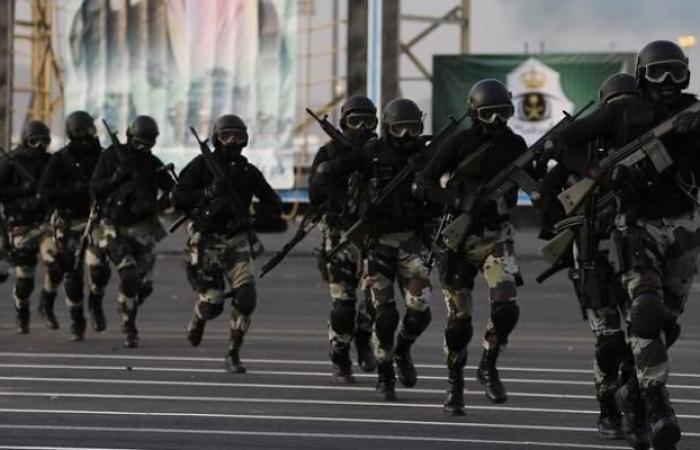 Saudi Arabia has achieved remarkable efforts and qualitative successive victories in its war against terrorism, which have been clearly demonstrated in its successive strikes against terrorists, which also exposed the countries that support and sponsor them.

The latest of these victories was revealed, on Monday evening, when the Saudi State Security announced the arrest of a terrorist cell whose members had received military training inside Revolutionary Guard sites in Iran.

These victories reflect the efforts made by the Kingdom to combat terrorism, which Saudi King Salman bin Abdulaziz revealed in his speech to the work of the seventy-fifth session of the United Nations General Assembly, which was held on September 23.

The Saudi monarch stressed in his speech that “achieving success in the battle against terrorism and extremism requires intensifying joint efforts by facing this challenge in a comprehensive manner that deals with combating terrorist financing and extremist ideology.”

He said, “Saudi Arabia, based on its position in the Islamic world, assumes a special and historical responsibility, which is to protect our tolerant Islamic belief from attempts to distort terrorist organizations and extremist groups.”

The Saudi monarch stressed “not to be complacent in confronting the states that sponsor terrorism and sectarianism, and to stand firmly in front of those who support extremist transnational ideologies.”

The world also warned of Iran’s continued support for terrorism, pointing to the Tehran regime increasing its expansionist activities, building its terrorist networks, and wasting the capabilities and wealth of the Iranian people to achieve expansionary projects that only resulted in chaos, extremism and sectarianism.

He explained, “In continuation of that aggressive approach, the Iranian regime last year targeted oil installations in Saudi Arabia, in flagrant violation of international laws and an attack on international peace and security.”

These efforts also come in fulfillment of a pledge made by Saudi Crown Prince Mohammed bin Salman in statements he made in October 2017 regarding “eliminating the remnants of extremism in the near future,” and returning the kingdom “to moderate, moderate Islam that is open to all religions.”

On the ground, the Kingdom of Saudi Arabia has succeeded in thwarting many terrorist plots through specific security operations this year.

The last of these operations was yesterday evening, Monday, when a terrorist cell whose members had received military training were overthrown at Revolutionary Guard sites in Iran.

The Saudi State Security announced the arrest of the 10 accused members of this cell, 3 of them received training in Iran, while the rest were associated with the cell with different roles, in addition to “seizing an amount of weapons and explosives hidden in two locations.”

On July 15, the Kingdom of Saudi Arabia classified 6 individuals and entities, terrorist elements, for providing facilities and financial support to the terrorist organization ISIS, including companies in Turkey and Syria.

This came months after the Saudi security services arrested, on January 7, the terrorist Muhammad bin Hussein Ali Al Ammar in Al-Qatif Governorate, who is considered the most dangerous terrorist in the terrorist list of “9” that was announced by the Saudi Ministry of Interior in 2016.

Likewise, the foiling of a plan to bomb Al-Jawhara Stadium (West), on October 11, 2016, as well as foiling a “suicide attempt” targeting the US Embassy in Riyadh, in March 2015.

In an important step on the road to the war on terror, a Saudi royal decree was issued on July 20, 2017, to establish the Presidency of State Security.

The agency has succeeded in focusing on combating terrorism, in terms of security and intelligence, and on controlling its financing financially. It has also facilitated communication with the relevant authorities externally, and it will be more efficient.

Throughout the year 2019, the Saudi security forces also succeeded in thwarting many terrorist operations, killing and arresting the attacking terrorists and thwarting their plans.

On April 22, 2019, the Saudi authorities arrested 13 people who had planned to carry out terrorist attacks in the country.

This came hours after the Saudi security forces thwarted a terrorist act that targeted a security point in Al-Zulfi Governorate (center), and killed 4 terrorists.

On April 7 of the same month, Saudi security carried out a pre-emptive operation in Al-Qatif, east of the Kingdom, during which 4 wanted security personnel were monitored, on the Abu Hurriya road, to carry out a terrorist act, information indicated that they had completed the preparation for it.

The operation resulted in the killing of two wanted security men and the arrest of the other wanted men.

On May 11, 2019, the Saudi State Security Presidency announced the elimination of a terrorist cell consisting of 8 elements in the Qatif Governorate, “which was newly formed planning to carry out terrorist operations targeting vital installations and security sites.”

Saudi Arabia had also initiated the year 2019 by implementing a pre-emptive security operation targeting a terrorist den in Qatif, east of the Kingdom, which resulted in thwarting a criminal plot and eliminating (6) terrorists and arresting one of them.

As part of these efforts, the Ministry of Islamic Affairs for Propagation and Guidance in Saudi Arabia organizes many lectures, sermons and seminars that are organized in various regions within a comprehensive vision aimed at dealing a fatal blow to the remnants of that terrorist group.

In terms of legislation, the Saudi Council of Ministers approved, in January 2019, the executive regulations for the system for combating terrorism crimes and its financing.

This regulation supports preventive measures in Saudi Arabia to combat the financing of this phenomenon, as its financial institutions such as banks, finance and securities companies have a good understanding of the risks of money laundering and terrorist financing.

In addition to security, legislative and advocacy efforts, development is a fundamental component of the Kingdom’s comprehensive strategy to combat terrorism.

These successive strikes by terrorists are part of an integrated strategy to combat terrorism, both internally and externally.

On the external level, Saudi Arabia has achieved remarkable successes, culminating in the success of the Saudi special forces in arresting the leader of the “ISIS” organization in Yemen on June 3, 2019, in a qualitative operation, in addition to thwarting many terrorist operations inside the Kingdom and arresting their masterminds.

Also within those efforts, Saudi Arabia announced on December 14, 2015 the formation of an Islamic military alliance of 41 countries led by it to fight terrorism and hosted its headquarters.

On May 21, 2017, it launched the Global Center for Combating Extremist Thought (Etidal) in Riyadh, with the aim of countering terrorism and spreading tolerance and coexistence among peoples, and in the same month, the work of the International Center for Targeting Terrorist Financing began in Riyadh.

Also, the Saudi Ministry of Defense has established a specialized center for the intellectual pursuit of terrorism called the “Center for Intellectual Warfare”, which is specialized in confronting the roots of extremism and terrorism and consolidating the concepts of the true religion.

The Kingdom’s relentless efforts to combat money laundering and terrorist financing were culminated in the unanimous vote of the Financial Action Task Force (FATF) on June 21, 2019 in favor of the Kingdom’s accession to the full membership of the group as the first Arab country to receive this support, embodying the Kingdom’s great efforts in this aspect.

The successive strikes of terrorists in Saudi Arabia reveal the determination of the evil forces and their supporters to target the country of the Two Holy Mosques, with the aim of trying to destabilize its security and stability.

It also reflects the efficiency of the security services and their high readiness in dealing with these operations, whether in terms of pre-emptive operations, as happened in Qatif, by confronting terrorists’ plots and plans early before they start their implementation or in the speed of response to treacherous terrorist attacks as happened in Zulfi.

These successes confirm Saudi Arabia’s determination and determination to continue pursuing terrorist elements and tightening the screws on them, and thwarting their plans that they implement in the service of foreign agendas.

This security supremacy also highlights the success of the Kingdom’s comprehensive strategy in confronting terrorism, which is based on the security side of the development, legislative, awareness and advocacy axes.

These were the details of the news Saudi Arabia and the fight against terrorism … Qualitative victories and... for this day. We hope that we have succeeded by giving you the full details and information. To follow all our news, you can subscribe to the alerts system or to one of our different systems to provide you with all that is new. 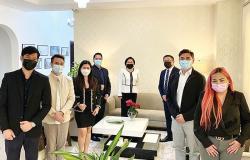