The summer Mercato | Two deals on the cusp of... 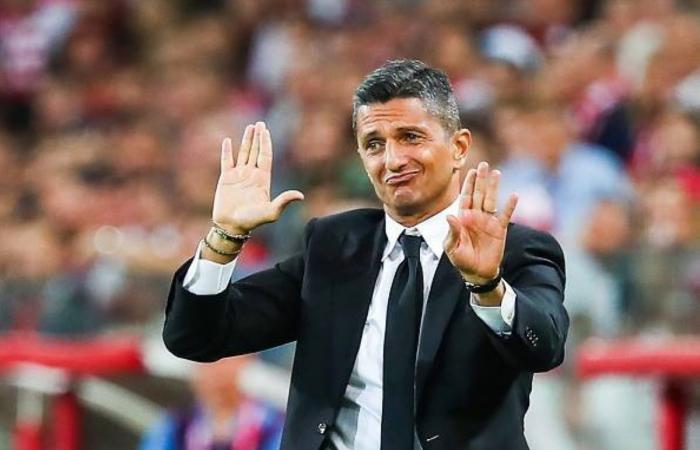 Club approached Hilal of Saudi Arabia From the contract with the Portuguese Adelinho Ferrinha and the Brazilian Alex Teixeira during the current summer Mercato, to compensate for the departure of the duo Carlos Eduardo AndOmar Khirbin.

The Saudi Al-Riyadiah newspaper revealed that the joining of the Portuguese player, Ferienha, will be free in a free transfer, and the coach of the leader, Razavan Lucescu, insisted on contracting the 34-year-old player, given that he knew him well and had previously trained him while he was in the Greek side.

And his career in Europe ended with PAOK Salonica at the end of last season, so Al Hilal will get the player for free in a free transfer.

It is noteworthy that Ferienha played with PAOK in 218 matches, during which he scored 42 goals and scored 39 goals.

Meanwhile, Al Hilal officials are facing difficulty in terminating Teixeira’s deal, given that his contract will expire at the end of the year 2020 with his Chinese club.

Also read: Special | “AS Arabia” | Ignition of a new crisis between Al Hilal Saudi Arabia and the AFC

The 30-year-old Brazilian, Teixeira, announced his desire to leave his Chinese team for Al Hilal, and prefers Taksira to play on the left side in addition to his ability to play in the position of the second striker, and the Brazilian joined Shakhtar of Ukraine before moving to Asian football and playing with Jiangsu, China.Teixeira participated with 147 matches, scoring 69 goals with 42 industry.

The Crescent management seeks to compensate for the departure of Carlos Eduardo and Omar Kharbin, during the current summer Mercato.

Reports have spread recently about the Egyptian club, Zamalek, approaching the signing of the Syrian striker Omar Kharbin during the current summer Mercato, after he was close to leaving Al Hilal.

It is noteworthy that Hilal has been excluded from the AFC Champions League, by decision of the Confederation of the Game, after a large number of its players and the technical staff were infected with the emerging corona virus (Covid-19).

These were the details of the news The summer Mercato | Two deals on the cusp of... for this day. We hope that we have succeeded by giving you the full details and information. To follow all our news, you can subscribe to the alerts system or to one of our different systems to provide you with all that is new.