Consultations on the agenda for the new season in Saudi Arabia... 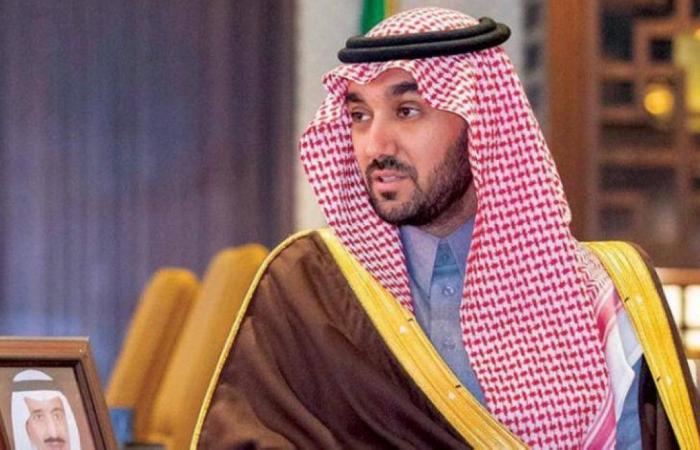 Intense efforts on the part of those in charge of sports in Saudi Arabia to launch the new season of the competition Saudi LeagueAfter the last extraordinary version, which was postponed for a long time due to a pandemic, has passed Corona Virus.

Prince Abdulaziz Al-Faisal, Minister of Sports, held a meeting today, Monday, with the heads of the Prince Mohammed bin Salman Professional League clubs in the capital, Riyadh, to discuss the developments of the new season, which is about to start, as well as the clubs ’support strategy provided by the Ministry of Sports, amounting to 5 million riyals per month for each club.

The Saudi Professional League, headed by Abdulaziz Al-Hamidi, who is assigned to chair the association, will also hold a meeting on the same day with club heads to talk about the developments of the Prince Mohammed bin Salman League for professionals, and the mechanism followed in light of the ongoing prevention measures for the Coronavirus..

The Saudi newspaper, Al-Sharq Al-Awsat, stated from its own sources that the Competitions Committee of the Saudi Football Association had refused to postpone the launch of the Prince Muhammad Bin Salman Professional Cup League competition scheduled for next October 16th.

Also read: The management of the Saudi Jeddah Federation is making an important decision due to the overcrowding of the list

The start of the new season will be on Friday 16 October, which means that there will be approximately 36 days as a time interval between the two seasons, which is the period allocated by the clubs to prepare for the new season, with the exception of the clubs participating in the AFC Champions League that have not yet granted their players a vacation thanks to the continuation of Participation, except for the Al Hilal team, which was excluded from the tournament by a decision of the Asian Football Confederation, which returned the day before yesterday to the capital Riyadh and granted its players a ten-day vacation.

The Saudi Football Association had announced, some time ago, that the semi-finals of the King’s Cup will be held on October 27th, where Hilal will meet its counterpart, Abha, while Al-Nasr will face its counterpart Al-Ahly team in King Abdullah Sports City in Jeddah..

These were the details of the news Consultations on the agenda for the new season in Saudi Arabia... for this day. We hope that we have succeeded by giving you the full details and information. To follow all our news, you can subscribe to the alerts system or to one of our different systems to provide you with all that is new.