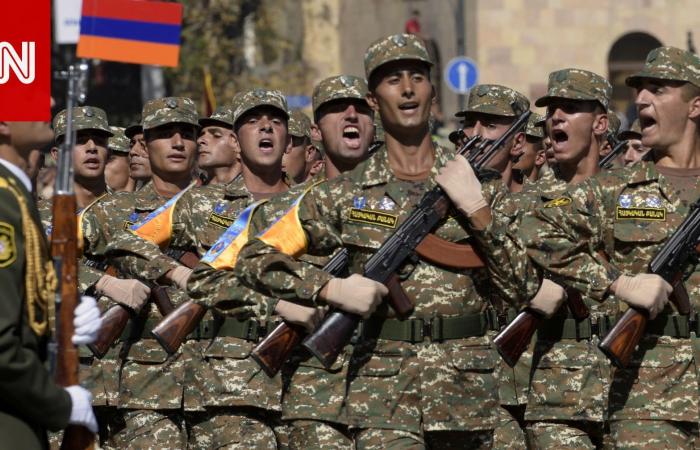 Dubai, United Arab Emirates (CNN) – The Kingdom of Saudi Arabia confirmed, on Monday, that it is following developments between Armenia and Azerbaijan with “great concern,” calling on both parties to cease fire and resolve the conflict by peaceful means.

The Saudi Foreign Ministry said in a statement posted on its official page on Twitter: “The government of the Kingdom of Saudi Arabia is following with great concern and interest the developments of the situation between Armenia and Azerbaijan,” as she put it.

Riyadh urged the two parties to the conflict to cease fire and resolve the conflict peacefully, in accordance with the relevant Security Council resolutions, according to the Saudi Foreign Ministry statement.

A violent armed clash erupted between the two neighbors, on Sunday, as a result of disputes over a disputed region, and they exchanged accusations of targeting civilians.

It is reported that Turkey has publicly expressed its full support to Azerbaijan in this conflict, blaming Armenia for the recent escalation.

These were the details of the news Saudi Arabia announces its position on the conflict between Armenia and... for this day. We hope that we have succeeded by giving you the full details and information. To follow all our news, you can subscribe to the alerts system or to one of our different systems to provide you with all that is new.