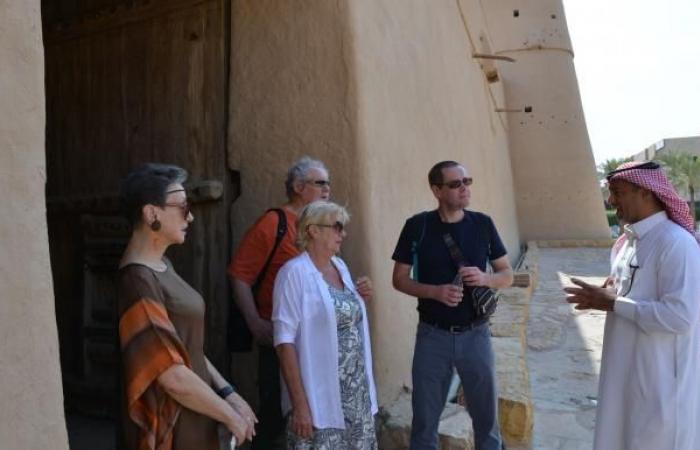 Saudi Tourism Minister Ahmed Al-Khatib said that the Kingdom intends to resume issuing tourist visas by the beginning of the new year, after months of suspension amid strict government restrictions to combat the spread of the Corona virus.

Al-Khatib said in a remote interview with Reuters, published today, Sunday: “With regard to the tourist visa so far, we are talking about the beginning of next year 2021, if things improve or if positive developments emerge regarding the presence of a vaccine, it is possible to accelerate and early (the date).”

He added that the tourism sector has been severely affected and is expected to witness a decline of between 35% and 45% by the end of the year. But the focus on domestic tourism during the summer has mitigated the damage.

He added, “This pandemic is a systemic threat that affected everyone, but we witnessed a very strong summer after the closure period between January and May.” “We monitored a 30% growth year on year in domestic tourism, which exceeded our expectations,” he said.

Saudi Arabia has recorded more than 332,000 cases of coronavirus and 4,655 deaths so far. Infection rates have witnessed a steady decline over the past few weeks.

Saudi Arabia, which opened its doors to foreign tourists in September 2019, aims to launch a new visa system for visitors from 49 countries, so that the sector will contribute 10% to GDP by 2030 as part of a plan to reduce dependence on oil.

There is a difference between the tourism and Hajj visas, as the first can be granted regardless of the person’s religion, as tourists are allowed to reside within the Kingdom for a maximum period of 90 days during one year, and non-Muslims are not allowed to enter Makkah and Madinah.

And the countries whose citizens are allowed to obtain a tourist visa include 38 European countries, in addition to the United States, Canada, Australia, New Zealand, Brunei, Japan, Singapore, Malaysia, South Korea, Kazakhstan and China.

The Ministry of Tourism’s disclosure of the Kingdom’s intention to resume issuing tourist visas comes days after the Ministry of Interior announced that it will gradually be allowed to perform Umrah from October 4 for citizens and residents inside the Kingdom, and a month later for pilgrims and visitors from outside it, after it suspended performance These rituals will take place in March due to the outbreak of the Coronavirus.

On Tuesday, the Ministry of Interior said that permitting the Umrah and the visit will be carried out in four stages, the first of which will start on October 4, as the authorities will allow 6 thousand citizens and residents to perform the Umrah daily, which represents 30% of the modified capacity according to Precautionary health measures.

At a later stage, this percentage will increase to 75% for citizens and residents on October 18, provided that pilgrims from certain countries considered safe in connection with the outbreak of the pandemic will be allowed to perform the rituals from the first of November, with 100% of energy Adjusted until the end of the pandemic.

The Kingdom had “temporarily” suspended, in early March, the performance of Umrah rituals as part of the unprecedented precautionary measures it had taken to limit the spread of the pandemic.

The unprecedented precautionary measures also included the Hajj, whose performance this year was limited to about 10 thousand pilgrims, all from within the Kingdom, while last year witnessed about 2.5 million pilgrims performing this obligation.

The rituals of Hajj generate about $ 12 billion annually, while the pandemic has severely affected these resources, as many Hajj-related activities such as hotels, shopping centers, transportation and others have stopped.

Allowing the resumption of Umrah would compensate for part of the loss in oil revenues, as crude exports plummeted to the lowest level in 18 years, due to the blow to energy markets globally due to the price collapse in light of the Corona pandemic.

And a local newspaper in the Kingdom reported earlier this September that Saudi Arabia had reduced its oil exports by 45.5%, to reach 4.66 million barrels per day during the first three months since the implementation of the production cut agreement began last May, compared to its exports in May. April amounted to 10.24 million barrels per day, which I described as the highest historically.

These were the details of the news Saudi Arabia intends to resume tourist visas in early 2021 for this day. We hope that we have succeeded by giving you the full details and information. To follow all our news, you can subscribe to the alerts system or to one of our different systems to provide you with all that is new.