Saudi Arabia launches an application to organize Umrah after the gradual... 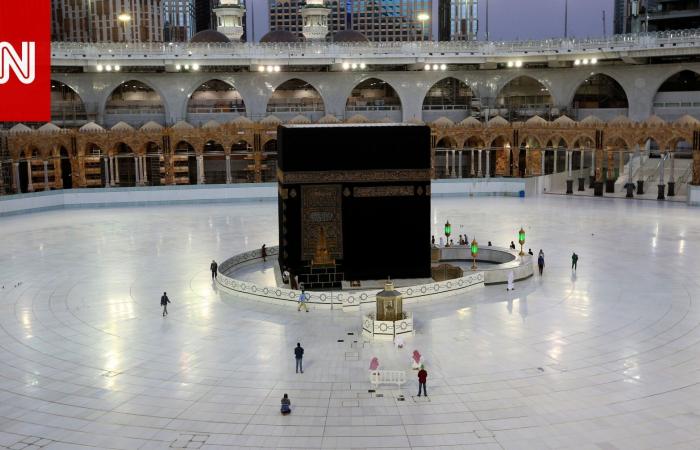 Dubai, United Arab Emirates (CNN) – The Kingdom of Saudi Arabia, on Sunday, launched the “Umrah” mobile application, through which permits will be issued to perform Umrah and regulate the performance of rituals, after the decision to gradually perform Umrah, which had been suspended due to the spread novel coronavirus.

The Ministry of Hajj and Umrah and Saudi Arabia made the application 7 days before the date of the first phase of the gradual return of Umrah, in which citizens and residents are allowed to perform Umrah from within the Kingdom, starting from October 4, 2020, at a rate of 30% (6 thousand pilgrims per day) of energy Absorption that takes into account the sanitary precautionary measures of the Grand Mosque.

The Ministry of Hajj said, “Regulating the entry of pilgrims, worshipers and visitors will be through the application of (Umrah), which was developed in cooperation with the Saudi Authority for Data and Artificial Intelligence (SADAYA) to enable those wishing to visit Makkah and Madinah to perform Umrah, visit and prayers in the Two Holy Mosques, to regulate the times of their performance of rituals, Pre-planning the trip and booking optional services with ease and ease, in a way that ensures the application of the precautionary controls and measures.

The ministry added that “recording the data entered by the pilgrims of the Two Holy Mosques will be directly linked to the application of (Tawakkalna), and this step will include a number of procedures, including providing a guarantee that the pilgrim or visitor is free from the COVID-19 virus, and the application includes allowing the selection of the appropriate time. For the guest of Rahman according to the available dates, and his choice of the accompanying services that he wishes to be provided to him, such as choosing the means of transportation, gathering points, and service centers.

On September 22, the Saudi Ministry of Interior announced the issuance of approval to allow the performance of Umrah and the visit gradually in 4 stages, while taking the necessary health precautions, according to the following:

The first stage: Allowing citizens and residents to perform Umrah from inside the Kingdom, starting on Sunday, Safar 17, 1442 AH, corresponding to October 4, 2020 AD, at a rate of 30% (6 thousand pilgrims per day) of the capacity that takes into account the sanitary precautionary measures of the Grand Mosque.

The second phase: Permission to perform Umrah, visit and prayers for citizens and residents from within the Kingdom, starting on Sunday 1 Rabi` al-Awwal 1442 AH corresponding to October 18, 2020 AD, by 75% (15 thousand pilgrims per day, and 40 thousand worshipers per day) of the capacity that takes into account the precautionary measures The health of the Grand Mosque, as well as 75% of the absorptive capacity that takes into account the sanitary precautionary measures for the honorable kindergarten in the Prophet’s Mosque.

The fourth stage: Permitting the performance of Umrah, visiting and prayers for citizens and residents from inside and outside the Kingdom, at 100% of the natural capacity of the Grand Mosque and the Prophet’s Mosque, when the competent authority decides that the risks of the pandemic will cease.

These were the details of the news Saudi Arabia launches an application to organize Umrah after the gradual... for this day. We hope that we have succeeded by giving you the full details and information. To follow all our news, you can subscribe to the alerts system or to one of our different systems to provide you with all that is new.