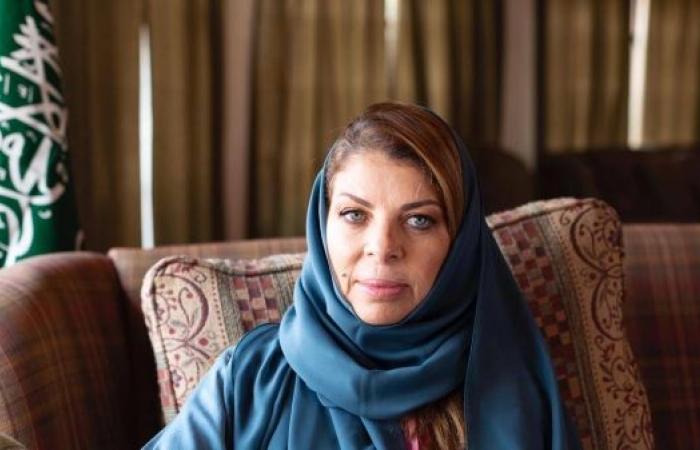 Hind Al Soulia - Riyadh - JEDDAH — Al Mutabagani Equestrian Center is preparing to host another show jumping competition in Jeddah, to celebrate the 90th Saudi National Day on Sept. 23, followed by the national junior show jumping competition over the next two days — Sept. 24 and Sept.25 — with the support of the Saudi Arabian Equestrian Federation (SAEF) and the Ministry of Sports and participation of more than 50 riders and 100 horses from different parts of the Kingdom of Saudi Arabia.

Riders are looking forward to the competition, marking the Kingdom's 90th National Day.

Following the constant efforts of the Saudi Arabian Equestrian Federation and the Ministry of Sports, sports activities across the Kingdom have resumed after the lockdown of several months due to the coronavirus crisis. The state has returned to normal under the slogan "Return with caution".

Al-Mutabagani, the first equestrian club in the Kingdom, sponsored by Taj Cream, NTC, and Tasheel finance, has always been supportive of youth activities in general and women's activities, to empower and highlight their successes, as well as train and direct a lot of the most skilled show jumpers to represent the Kingdom in international events for 35 years.

Dr. Mahfouz bin Talib, head of the technical committee at the Saudi Arabian Equestrian Federation, revealed the final preparations before the tournament was launched on Wednesday to celebrate the anniversary of the National Day, saying that related authorities and the equestrian applicants were taken on board to hold the competition amidst strict preventive and precautionary measures, in order to preserve the safety of the riders, arbitrators and horses.

He also explained that one of the conditions for participating in the competition is that the riders and horses must be members of the Saudi Arabian Equestrian Federation, and the rider can also participate with 6 horses in the tournament, provided that they do not exceed 3 horses in the first half.

For her part, the Saudi showjumper, Arwa Al-Mutabagani, the chair of the organizing committee at Al-Mutabagani Equestrian, thanked Custodian of the Two Holy Mosques King Salman and Crown Prince Muhammad Bin Salman, for their support for sporting activities in the Kingdom in general and equestrian in particular.

She also thanked Prince Minister of Sports Abdulaziz Bin Turki, the minister of sports, Prince Bandar Bin Khaled Al Faisal, the chairman of the Supreme Equestrian Authority, and Prince Abdullah bin Fahd, the president of the Saudi Arabian Equestrian Federation, for their great efforts to restore sports activities and support for equestrian sport, which plays a vital role in making competitions and tournaments successful.

The international referee and designer of the Saudi Arabian Equestrian Federation, and the former showjumper of the Saudi Equestrian National Team, Mazen Al-Sahyan, commented on holding the National Day show jumping competition, stressing upon the importance of encouraging young people and new generations to practice equestrian sport in line with the goals of the Kingdom's Vision 2030, pointing out to the recent achievements of this sport in international forums.

Al-Sahian also praised the precautionary measures taken by the Al-Mutabagani Equestrian Center, in preparation of the competition that enjoys a special place in the hearts of the Saudi people, in coordination with the ministry of sports and the Saudi Arabian Equestrian Federation, ensuring everyone’s safety and aiming to achieve positive results to move forward in the upcoming competition early next October.

It is noteworthy that the Al-Mutabagani Equestrian Center will host the grand national showjumping tournament from Oct. 1-Oct. 3, with prizes amounting to SR45,000. More details will be announced in the coming weeks. — SG

These were the details of the news 50 riders to take part in National Day show jumping competition for this day. We hope that we have succeeded by giving you the full details and information. To follow all our news, you can subscribe to the alerts system or to one of our different systems to provide you with all that is new.