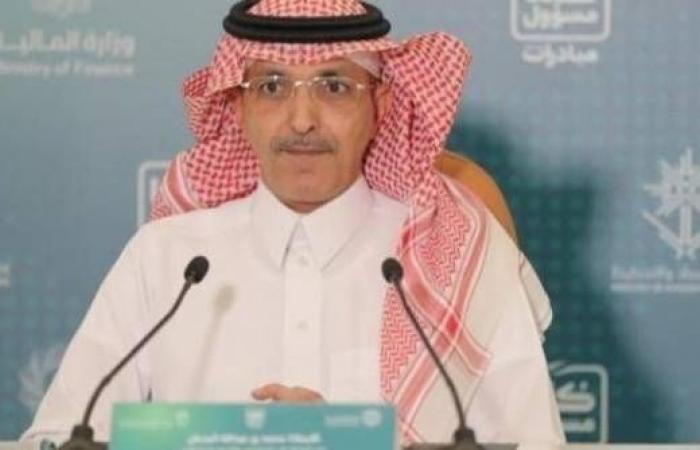 We show you our most important and recent visitors news details Al-Jadaan: Saudi economy shows positive results after reopening in the following article

Hind Al Soulia - Riyadh - RIYADH — Minister of Finance and Acting Minister of Economy and Planning Mohammed Al-Jadaan stated that the nation’s economy is recovering, noting that 2020 has been arguably the most challenging year for the world, which started the year with cautious optimism, and Saudi Arabia, which started the year by sustaining the positive momentum of the previous year.

Al-Jadaan made these comments in a webinar during the 15th edition of Euromoney conference, which was virtually launched on Thursday. In partnership with the Ministry of Finance and the Communication and Financial Knowledge Center (CFKC), Euromoney has been holding a webinar connected series with a number of Saudi ministries, financial sector's experts and analysts.

In the first series, Al-Jadaan, while asserting the Saudi economy is recovering, noted that 2020 has been arguably the most challenging year possibly for the last 100 years not only for economies or financially but also humanely as almost everybody around the world has been impacted by the pandemic.

He further indicated that the global and Saudi economies have obviously started the year in a different note. The world started 2020 with caution but with some optimism due to the fragile growth and the trade and geopolitical tensions. Yet, there was some optimism. Growth,however, is under way as international organizations reports indicate.

Sectors that were being focused on, such as tourism, entertainment, sports and financial technology witnessed strong growth throughout 2019 between 3% and 8%. Also, in 2020, Saudi Arabia assumed the G20 presidency.

A powerful agenda was put together with the aim of helping Saudi Arabia to take on its role, through working with leading G20 and other partners to support a sustainable and inclusive growth. In Q1, COVID-19 hit the world like a speed train.

As a result, the economy went almost into hibernation due to the lockdown, which has had significant impact, particularly on the most vulnerable, whether countries or individuals.

“The Saudi economy was significantly impacted due to COVID-19. It almost went into economic hibernation. Oil markets were negatively impacted. Revenues from oil dropped significantly. You could obviously see the results when countries have announced their GDP.

He, however, said, the world leaders responded very quickly. “The world had never seen a response like this before even after the World War II or after the financial crisis of 2008. That response significantly helped to contain the pandemic with focus on human lives and livelihood.”

On the performance of the Saudi economy during the pandemic, Al-Jadaan said that with the existence of Vision 2030, Saudi Arabia effectively and quickly dealt with COVID-19 from a position of strength.

Over the past years, Saudi Arabia started Vision 2030 with a clear plan of diversifying the economy, making sure that the volatility that oil market brings to its plans and economy is controlled. The private sector has been enabled to diversify the economy.

The government invested heavily in technology infrastructure. The reform that Saudi Arabia started a few years back, helped to have a quick and positive response when the pandemic started. The government quickly put together a plan to protect people’s lives.

Significant resources were redirected to the healthcare system. The number of beds was almost doubled. Number of ICU beds and medical equipment was made available to be able to deal with the pandemic.

Equally important, the Saudi government under the leadership of the Custodian of the Two Holy Mosques decided very quickly to provide COVID-19 healthcare services free of charge not only to the Saudi nationals but also to the residents and illegal residents as well.

These services were provided free of charge without any obligation or responsibility, including illegal residents. The government also provided measures, initiatives and direct liquidity to mitigate and reduce the financial and economic impact of COVID-19 on the private sector. It also went even further than that as it started paying the wages of the private sector's employees to protect their jobs.

In addition, it increased the debt to GDP ceiling from 30% to 50%. It also used its investment with SAMA and PIF judiciously as it didn’t call on dividends by these two institutions unnecessarily. It only called for what it really needed to cover throughout the year.

Al-Jadaan also mentioned that when the government reopened the economic activities, the results and signs were very positive. The growth in tourism, restaurants and entertainment sectors reached nearly 18% last year.

With the new 11-tourism destinations, room occupancy rates jumped to 85% and 90% with cruises for the first time opening on the Red Sea. The economy is getting back and recovering but caution is highly required.

The minister further elaborated that Vision 2030 is not just a blueprint. It is a very effective road map. It is a long-term journey extending over 15 years. The government is committed to invest in this journey. It will continue to do so by using all available tools to realize the vision objectives.

On the government initiatives designed to support the private sector, Al-Jadaan asserted that the government has put together a 218 billion package of support to businesses.

SAMA, the central bank, provided significant liquidity into the banking sector of about SR70 billion to enable banks to reschedule the loans of the private sector without cost. It reduced all payment systems costs.

It also injected another SR50 billion of liquidity into the banking system to enable banks and financial institutions to provide credit to the private sector.

The government quickly empowered the National Development Funds with ample liquidity to provide facilities to the private sector and support SMEs for which a lot of resources had been dedicated. The government also looked at and closely monitored the economy and market behavior to extend some initiatives when necessary.

On the Saudi presidency of G20 in 2020, Al-Jadaan declared that for the first time in the history of G20, the first virtual summit meeting was held in the first quarter with very clear mandates to various ministerial committees and international organizations to ensure the protection of people’s lives and livelihoods and preparing for recovery.

A very long list of demands was set by the G20 leaders. It was quickly put into motion. All actions are under way, some of them have been completed and others are in process.

For the first time in the history of G20, a live document, the action plan, is published which lists each commitment by the leaders, what happened to it, has it been completed, and what progress is underway.

Al-Jadaan further noted that at the beginning of 2020, the international health organization was urgently requesting, possibly for the last 10 years, to close a serious funding gap to prepare the world for something like COVID-19.

G20 presidency with the partners of the G20, EU and other International organizations have put together a swift and urgent plan to bridge that gap. The gap at that time was assessed to be $8 billion. By May, $21 billion was raised.

G20 also launched the Debt Service Suspension Initiative, which was quickly approved by the group, and a lot of countries have benefited from it.

This initiative is worth $14 billion. It was redirected to those countries to support their people and healthcare providers. The G20 has also put together $11 trillion stimulus packages to be injected into the world economy. This package is not only helping G20 but also the whole world.

The minister stated that Saudi Arabia is proud to host and preside over G20. He also noted that the people of Saudi Arabia are a source of pride as they have been very instrumental, not only in facing COVID-19, listening to healthcare officials, taking the right precautions but also moved very quickly from a physical to virtual environment without any interruption in government services, healthcare services or schools.

The people were able to adopt and lead that change. Saudi Arabia with the talents that worked hard 24 hours a day to control COVID-19 and prepare the national economy for recovery. — SPA

These were the details of the news Al-Jadaan: Saudi economy shows positive results after reopening for this day. We hope that we have succeeded by giving you the full details and information. To follow all our news, you can subscribe to the alerts system or to one of our different systems to provide you with all that is new. 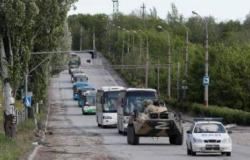