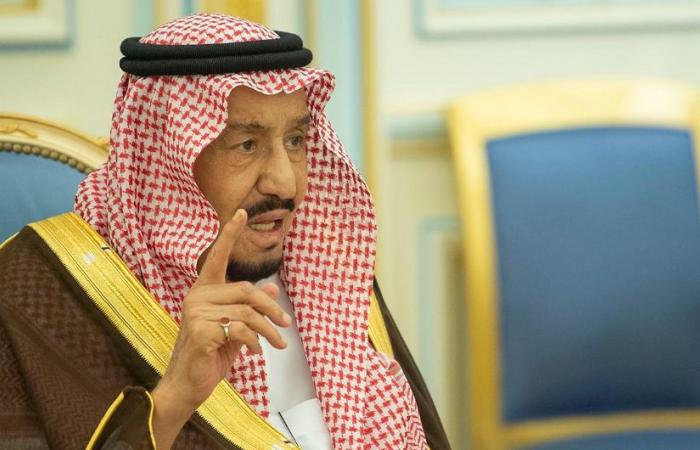 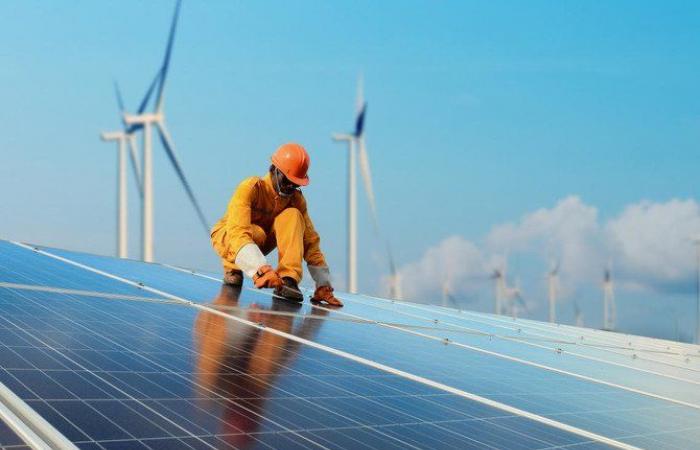 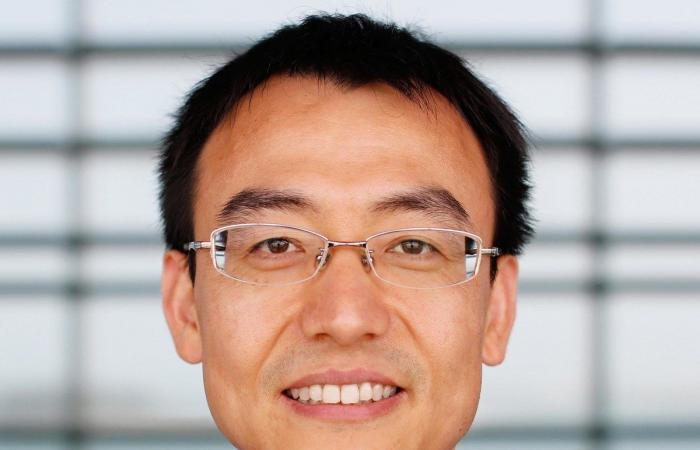 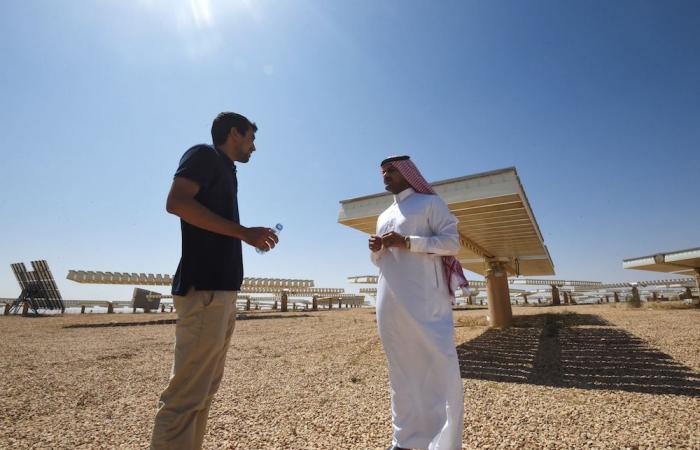 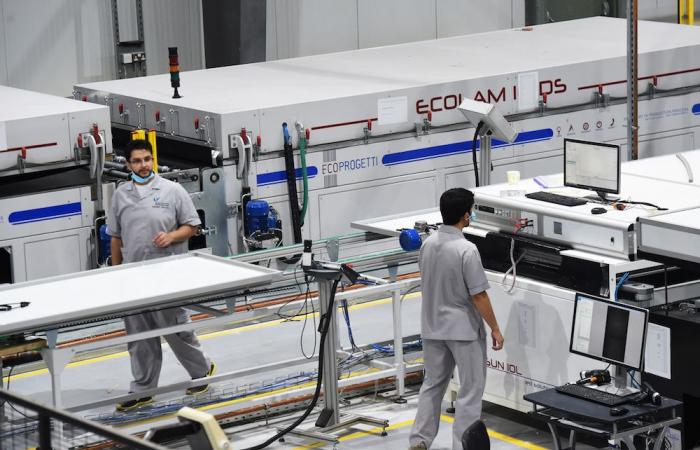 The project, of the King Abdullah University of Science and Technology (KAUST), has been able to deliver an almost 20 percent increase in electricity generation.

“As the climate crisis worsens, solar energy is believed by many to be the ultimate solution to sustainability,” said Dr. Peng Wang, a KAUST professor who is leading the study. “Photovoltaics (PV) is the most popular way of converting solar energy into electricity.”

According to the latest European PV status report, the global installed capacity will double by 2025 to reach 1,500 gigawatts (GW), and further to 3,000 GW by 2030. “The Middle East is blessed with stable and reliable solar irradiance. Arguably, it is the best quality solar irradiance in the world,” Wang said.

“The annual average solar irradiance in Saudi Arabia of 2,300 kilowatt-hours per square meter (kWh/m2) is more than 1.4 times that in Japan (1,600 kWh/m2). In addition, there are vast areas of land in the Middle East that remain undeveloped and unused, perfect for solar energy use.”

By one estimate, Wang said, if five percent of the Kingdom’s land area were to be fully covered by solar panels, there would be more electricity than needed to power the entire world. “Solar project development has been sluggish in the Middle East in the past,” he told Arab News.

“However, nowadays, the giant solar projects — in the process of being implemented and planned — are clear testaments that the Middle East, including the Kingdom, is ready to play a leadership role in the global rush to solar energy.”

However, one of the main issues regarding solar panels remains high temperatures during the daytime, including in Saudi Arabia where such temperatures can reach 40 C higher than the ambient air. Wang explained that this is due to commercial panels, which can convert no more than 20 percent of the solar energy they absorb into electricity.

“The rest of the more than 80 percent absorbed solar energy is undesirably converted into heat,” he said. “Heat is considered a waste and leads to the high PV temperature.”

High temperatures have two adverse effects: They reduce the panel’s electricity generation, and they further shorten the panel’s lifetime. As a result, effective panel cooling has always been highly sought by solar projects in arid and semi-arid regions, such as the Gulf.

- 50% KSA electricity expected from renewables by 2030

“An effective PV cooling approach, such as the one reported by KAUST, would lead to enhanced electricity generation and a prolonged lifetime of the panel,” Wang said. “In doing so, there is no additional land required.”

KAUST researchers have used a simple cooling strategy, which harvests atmospheric water vapor to cool the panel down. Such a technique was demonstrated to have increased electricity generation by about 20 percent.

This cooling system is considered a new concept in the industry, with the research involved providing the first proof-of-concept. Its performance was demonstrated on a small-scale PV panel, but the team plans to scale it up all the way to the size of a commercial PV panel in the next couple of years.

“This will make the technology commercially competitive to produce real-world impact,” Wang said. “At the same time, there are applications of atmospheric water vapor-assisted cooling beyond just PV cooling, and we will actively pursue these as well.”

He further explained that water, among all known room-temperature liquids, has the highest latent heat of evaporation. “This is to say that water evaporation can take away a lot of heat from an object,” Wang said. “If this concept is to be used to cool a panel, then the question is where to get water, especially in a desert where PV panels are installed.”

Although water may not be visible on desertic ground, much of it can be found in the air, with the amount of available and constantly preserved water in the Earth’s atmosphere reaching more than six times all the water in all the rivers on the planet.

“Water vapor is available everywhere, including desert regions,” he said. “My research has been working on harvesting atmospheric water vapor to produce fresh drinking water. In doing this research, we found that the relative humidity in the desert at night is very suitable for water vapor harvesting.” 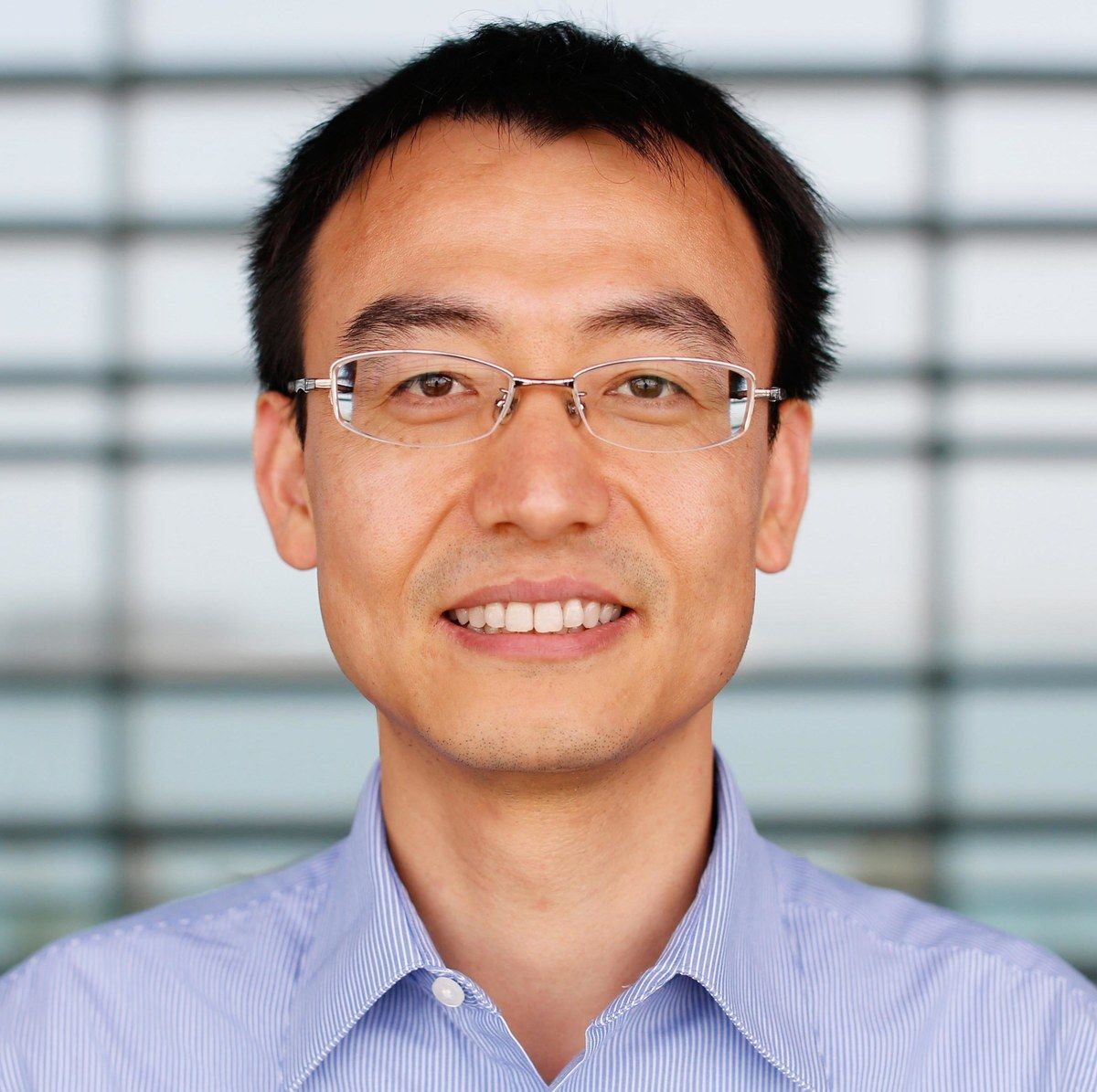 The giant solar projects — in the process of being implemented and planned — are clear testaments that the Middle East, including the Kingdom, is ready to play a leadership role in the global rush to solar energy.

“Saudi Arabia is hot and getting hotter, so changes to PV system design that keep panels cool will improve generation,” she said. “However, if it costs a lot of money, it may not be worth it. Most panels are not cooled.”

She expects Saudi Arabia to build more solar panels regardless of the state of cooling technologies. “Renewable energy is the future everywhere,” she said. “But standard technology is good enough if this cooling technology does not work out.”

Chase said solar energy production in the Kingdom costs less than using fossil fuels. “Saudi Arabia also has no shortage of desert, and solar energy can help it meet rising air-conditioning demand, which largely occurs in the daytime,” Chase told Arab News. “It will probably build some wind as well, but solar is cheaper in a sunny country.”

According to industry experts, maximizing electricity generation is of critical importance to any solar project. “This situation is particularly important in Saudi Arabia — a market that has proved its extremely high competitiveness,” said Miguel Pozuelo, Middle East key account manager at Soltec, an exhibitor at the World Future Energy Summit 2021 in Abu Dhabi.

“For a specific PV module technology, there are two main ways to optimize the generation: We can increase the irradiation falling both on the front and on the rear side of the panel to maximize the number of sun rays that reach it and, therefore, boost the electricity generation.”

Such work has proved effective worldwide using bifacial panels. Module refrigeration has also been detected as another production maximizer. “In July 2018, Soltec launched the Bifacial Tracking Evaluation Centre where, together with other entities, it has tested how different factors affect bifacial production,” Pozuelo said.

“Bifacial tracking combined with cooling of the modules will play an extremely important role in Saudi Arabia.”

He described the KAUST project as indicative of renewable-energy technology advances in the Kingdom. “Innovation is crucial to ensure the success of any industry and, in the case of solar energy, it is directly linked to the specific site conditions,” Pozuelo said.

“That is the reason why Soltec is launching a test facility to deeply understand behavior in the Middle East’s desertic environment, with special attention to bifacial tracking and automated cleaning optimization.”

He foresees a promising future for renewable energy, and particularly solar, in Saudi Arabia, adding that the first utility-scale projects that are currently in advanced stages of development will provide maturity to the industry.

Meanwhile, in Thuwal, north of Jeddah, field tests at KAUST’s campus have shown that use of atmospheric water-vapor cooling could increase electricity production in winter and summer by 13 to 19 percent. “It is a significant milestone,” Professor Wang said.

He added: “The Kingdom has the best quality solar irradiation in the world and is poised to become the global leader of solar energy. At the same time, the region is faced with the problem of a lot of waste heat from panels. In our fight against global warming, renewable energy is at the center of the emerging concept of a circular and decarbonized economy.”

Wang expressed hope that such new technology would convey the message that scientific innovation can make renewable energy even “greener.”

“Let us be confident in our future with renewable energy and invest in science to make the world a better place for everyone,” he said.

These were the details of the news King Salman’s sacking of top Saudi officials proves ‘no one is above law’ for this day. We hope that we have succeeded by giving you the full details and information. To follow all our news, you can subscribe to the alerts system or to one of our different systems to provide you with all that is new.