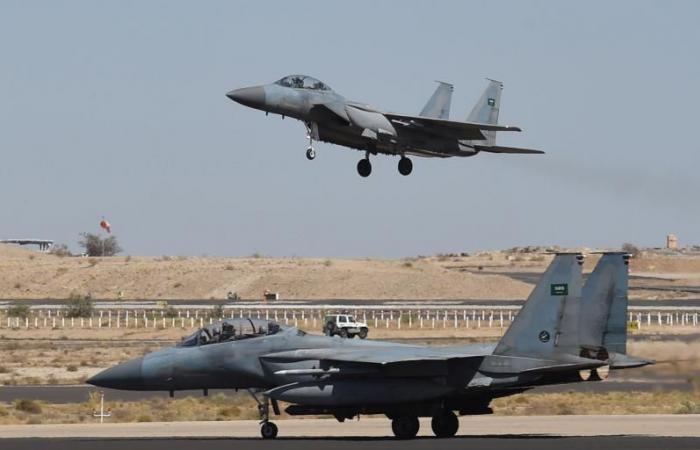 We show you our most important and recent visitors news details Saudi, Yemen military shakeups could mark new chapter in war in the following article

RIYADH - Saudi King Salman bin Abdulaziz Al Saud sacked two royals and referred them along with four military officers to be investigated by the defence ministry for corruption, according to a royal decree issued Tuesday.

The decree ordered Prince Fahd bin Turki bin Abdulaziz Al Saud removed as commander of the joint forces in the Saudi-led coalition fight in Yemen, and his son Prince Abdulaziz bin Fahd relieved of his post as deputy-governor of al-Jouf region.

The decree said the decision was based on Crown Prince Mohammed bin Salman bin Abdulaziz’s missive to the anti-corruption committee to investigate “suspicious financial transactions at the defence ministry.”

The royal decision stipulates that the Saudi National Anti-Corruption Commission take over investigation procedures and take the necessary legal measures against those charged.

The move appears to be part of Crown Prince Mohammed’s anti-corruption drive, but could also be linked to the poor results of Saudi Arabia’s military campaign in Yemen.

After years of military engagement, the kingdom has yet to achieve a resolution, lost some liberated areas and seen Iran-backed Houthis gain further offensive capabilities, including ballistic missiles and drones.

While many analysts blame the Muslim Brotherhood for sabotaging a resolution to the six-year conflict, they also say mismanagement and corruption, particularly on the Yemeni side, have contributed to the problem.

According to the sources, who spoke on condition of anonymity, one or two deputies will be appointed to replace Ahmar, who is accused of being directly responsible for failed military operations and the fall of some governorates and regions to the Houthis.

The sources also indicated that Yemeni Defence Minister Muhammad Ali al-Maqdishi will be sacked, with Chief of General Staff Saghir bin Aziz appointed to replace him.

The same sources told The Arab Weekly that the expected changes will come as part of a comprehensive review and overhaul of the Saudi-led Arab coalition in the country.

The military shifts are expected to curb the influence of the Muslim Brotherhood after reports that some Yemeni military leaders were working with Qatar to help turn over northern governorates to the Houthis and transfer military confrontations to the liberated areas in southern Yemen.

The military shifts reflect ongoing political shifts as well, the sources said, with a shake-up of alliances and strategies expected that reflect the Arab alliance and the STC’s shared vision.

According to the sources, the so-called Doha Current within the Yemeni government is likely to lose influence as well as its means of blackmail and pressure.

The Saudi-led Arab coalition recently improved military infrastructure in key border areas, including securing a shipping port on the Omani border and providing it with an X-ray detection device for trucks and securing the Midi port in the Red Sea and a number of Yemeni islands opposite the port, after reports of a plot by pro-Brotherhood elements to help the Houthis take over these areas.

These were the details of the news Saudi, Yemen military shakeups could mark new chapter in war for this day. We hope that we have succeeded by giving you the full details and information. To follow all our news, you can subscribe to the alerts system or to one of our different systems to provide you with all that is new.

PREV News 24 | Sheikh Al-Shathry clarifies the ruling on giving...
NEXT A shipment of medical supplies provided by the Saudi Ministry of...