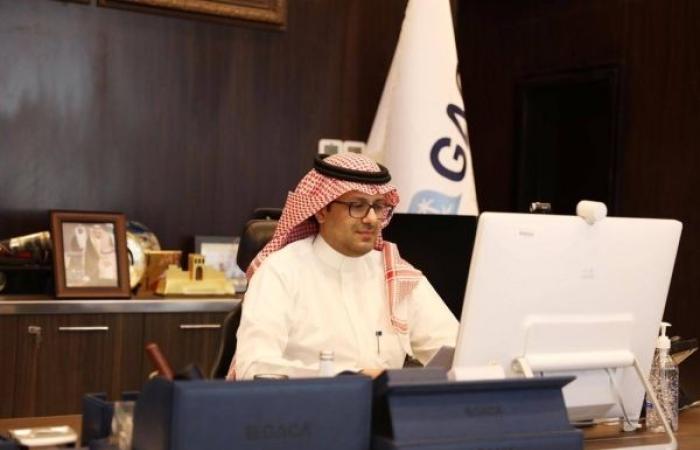 RIYADH — At a virtual seminar titled "Together, we shall comeback”, the General Authority of Civil Aviation (GACA) on Tuesday reviewed preventive and health measures taken it in the Kingdom during the novel coronavirus pandemic. It noted that the authority applied the highest safety standards in the civil aviation sector based on its legislative role.

Abdulhadi Bin Ahmed Al-Mansouri, GACA president, chaired the symposium with the participation of several heads of civil aviation authorities in the Arab countries, and the regional director-designate of the ICAO office in the Middle East, the director general of the Arab Civil Aviation Organization (ACAO), IATA Regional vice president for the Middle East and North Africa, the secretary general of the Arab Air Transport Association, and other entities related to the air transport industry in the Kingdom.

In his address, Al-Mansouri stressed the keenness of the Kingdom of Saudi Arabia on close cooperation between countries of the world, organizations, unions and bodies specializing in the civil aviation industry that contributes to the success of this industry. He indicated the fact that all countries around the globe stand as one to work on a standardized roadmap, which includes a set of standards that contribute to the return of air traffic as before.

Al-Mansouri said GACA also implemented a set of measures that included a general exception that allowed for the extension of the validity periods of licenses and certificates for aircrew personnel, trainers and flight dispatchers, in accordance with certain conditions and provisions that guarantee the achievement of a high level of safety.

GACA, he said, had allowed the usage of the fuselage of some passengers aircraft to be used in freight operations to augment the drug and medical supply chains, all in line with technical specifications issued by aircraft manufacturers.

The symposium stressed the importance of states working side by side and taking all precautionary measures from international civil aviation organizations.

Moreover, the recovery phase and the resumption of full operation will be achieved with the full solidarity of all countries. It mentioned all the seminars organized by the ICAO regional office in the Middle East to revive aviation and address the response and recovery center, along the work plan to implement recommendations at the global level in response to the request of the ICAO council.

The symposium addressed the measures taken at the regional level, and the build up of resilience and the future path of the sector.

These were the details of the news GACA virtual seminar reviews efforts against pandemic for this day. We hope that we have succeeded by giving you the full details and information. To follow all our news, you can subscribe to the alerts system or to one of our different systems to provide you with all that is new.