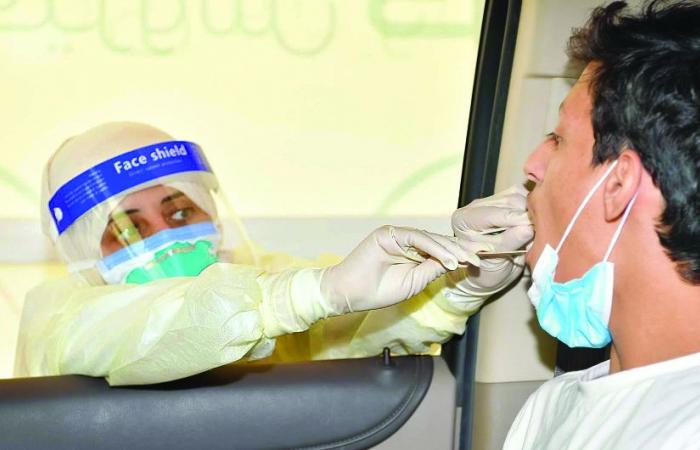 Thank you for reading the news about Muslim World League, Emirates Fatwa Council to discuss Post-Corona Fiqh issues and now with the details

DAMMAM: Eastern Province Gov. Prince Saud bin Naif met US Consul General Rachna Korhonen on Wednesday to mark the end of her second mission in the Kingdom.
Prince Saud highlighted the strong friendship between the Kingdom and the US under the leadership of the two countries, and their keenness to enhance cooperation on various levels, praising Korhonen’s service to enhance bilateral relations.
The US consul general in Dhahran thanked the governor and expressed her happiness at the time spent in Saudi Arabia, noting the preemptive precautionary measures taken by the Kingdom to limit the spread of the coronavirus.
Korhonen wished the Saudi government and its people continued progress and prosperity under the leadership of King Salman and Crown Prince Mohammed bin Salman.
In her other meeting with Prince Ahmed bin Fahd bin Salman, deputy governor of the Eastern Province, Korhonen said that she experienced qualitative leaps and accelerated development during her time
in the Kingdom.
With 14 years’ experience as
a US diplomat, the envoy served three years in Riyadh in 2010, and then returned to serve as consul general in Dhahran in August 2017.
“I would say Riyadh was the start of my relationship with Saudi Arabia, and Dhahran and the Eastern Province is the culmination of the relationship,” Korhonen told Arab News on a video call recently.
“Ana Sharqawia (‘I am a Sharqawia). The measure of any place is the people; it’s not about the place, it’s really about the people,” she said.
As consul general, her role was to build relations and promote the interests of her home in the country where she was posted. However, Korhonen “went the extra mile,” joining in the region’s celebrations, and becoming familiar with its traditions and culture.
As the Kingdom heads toward diversifying its economy, Korhonen anticipates the world will see more Saudi entrepreneurs with innovative ventures. She said that the flow of Saudi students on scholarships to the US and their return to the Kingdom will help usher in a new businesslike mindset with partnerships between the two countries that will help the Kingdom’s economy to flourish.
“It’s coming,” she noted. “I’ve seen some of the (US) businesses here, but I haven’t seen enough yet, and I would like to see more of that in the next two to five years, because Vision 2030 will be a success if we can get entrepreneurs to start businesses and hire more Saudis,” she said.
“That is the key, and that is what you should be bringing back from the US.”

These were the details of the news Muslim World League, Emirates Fatwa Council to discuss Post-Corona Fiqh issues for this day. We hope that we have succeeded by giving you the full details and information. To follow all our news, you can subscribe to the alerts system or to one of our different systems to provide you with all that is new.