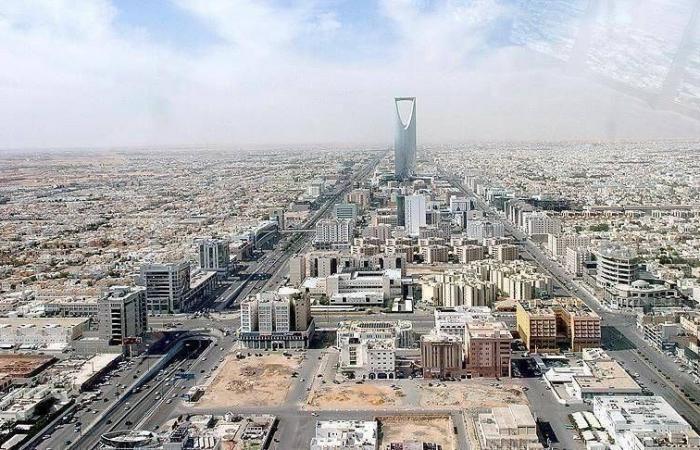 RIYADH — Saudi Arabia's Control and Anti-Corruption Authority (Nazaha) has initiated a total of 105 cases recently, according to a Saudi Press Agency report citing an official source at the Authority.

The source provided details of the most prominent cases which are as follows:

1. The arrest of three employees working in the Saudi Electricity Company for receiving a bribe amounting to 535,000 euros from one of the French companies and opening bank accounts in another country (at the request of the company) to receive these amounts in order to disguise its source (money laundering).

Additionally, one of them transferring part of the bribery amount to his bank account in another country with the aim of transferring it to his own bank account inside the Kingdom, as well as the French company handing them in cash amounts of approximately 30,000 euros in travel, residence and subsistence expenses during their visit to the company's headquarters in France and meeting with the executives without the knowledge of the Saudi Electricity Company, and that was in exchange for accepting the products of the French company and increasing the purchase requests for these products, taking advantage of their job positions.

Also, one of them received a kickback amounting to SR800,000 from suppliers inside the Kingdom through transferring these amounts to bank accounts belonging to one of his relatives before transferring them to his own bank account (money laundering) in exchange for awarding supply contracts for them from the Saudi Electricity Company.

3. In cooperation with the Ministry of Housing, three brothers were arrested, one of whom works in one of the military sectors, and the others are working as (real estate valuers) in one of the accredited valuation companies approved by the Ministry of Housing, using them to their advantage and communicating with the property owners and agreeing with them to raise their value above the market value by approximately SR1 million, provided that the excess amount goes to them.

4. The arrest of a doctor at the Ministry of Health in one of the regions of the Kingdom for having, during his assignment in supervising health quarantines for cases infected with coronavirus and violating the preventive regulations of that pandemic, by introducing an uninfected case to the quarantine place to be with her infected family and then letting the same family go to their home before recovering from the virus exploiting his position influence.

5. The arrest an employee of the Ministry of Education seeking a bribe for each job application.

6. The arrest of an officer with the rank of brigadier general in one of the police regions in the Kingdom for exploiting his position and using the work vehicle to facilitate the passage of another private vehicle through security points in an irregular manner during the curfew period.

7. In cooperation with the Ministry of Interior (Public Security), one of the individuals working in the police department in one of the regions was arrested for asking a bribe from expatriates in exchange for canceling violations of the curfew, taking advantage of the nature of his work.

8. In cooperation with the General Authority of Customs, five customs officials in one of the land ports were arrested for forgery and bribery, where they exploited their positions, manipulating orders and instructions by writing their names with records of smuggling operations they were not involved in to obtain financial rewards amounting to SR264,000.

10. A businessman who owns a hospital in one of the governorates defrauded the system by violating orders and instructions aimed at providing support to workers in the private sectors affected by the coronavirus pandemic and alleviating the impact of the financial crisis (SANED) and obtained an SR1,500,000.

11. In cooperation with the Ministry of Interior (Public Security), the head of the criminal investigation unit in one of the police stations (with the rank of a lieutenant colonel) was arrested for exploiting his position by releasing four expatriates and stopped searching for them and not returning them to the competent authority, in exchange for obtaining smart phones as a bribe.

12. Two employees of an electricity company in one of the regions and project engineers manipulated the specifications of some projects, which resulted in an increase in one of the projects by SR400,000, breaching their job duties and obtaining bribery.

13. The arrest of an employee of the Ministry of Media working in one of its offices at a land port for using his position in listing the name of one of his acquaintances within the employees of the office in an irregular manner to enable him to obtain an exemption card from the entry and exit fees.

14. The arrest of two employees of a municipality of one of the regions for having issued a certificate for the illegal removal of waste for one of the infringing buildings on a government facility in that area with the aim of releasing the building's electrical current.

The authority affirms on the continuation to pursue anyone who exploits the public office to achieve personal gain or harm the public interest in any way possible, and that it is continuing to hold the negligent parties accountable and apply what the law rules against them.

The authority also appreciates the efforts of government entities in fighting financial and administrative corruption and the development of policies and procedures that promotes speedy achievements and that shuts any inlets for corruption, and the Authority commends the cooperation of everyone in reporting through its available channels to receive reports, including the toll-free number (980) for any practices involving financial or administrative corruption that would undermine the efforts of the government to support and promote the path of comprehensive development.

These were the details of the news Saudi Arabia’s anti-corruption authority initiates 105 cases recently for this day. We hope that we have succeeded by giving you the full details and information. To follow all our news, you can subscribe to the alerts system or to one of our different systems to provide you with all that is new.