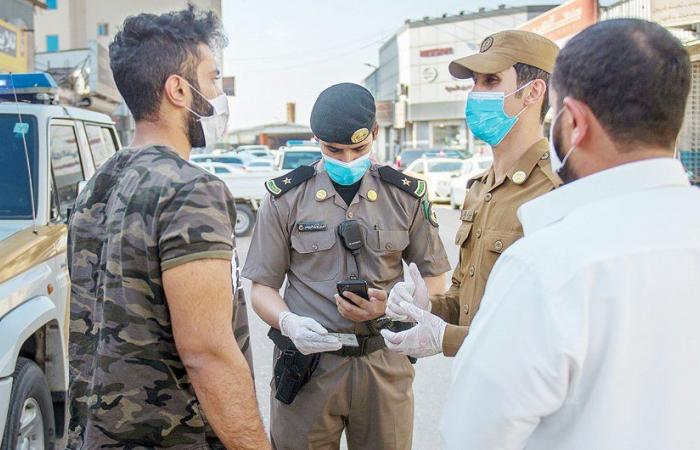 Thank you for reading the news about More than half-a-million people benefit from Tetamman clinics, Takkad centers in Saudi Arabia and now with the details

The Saudi Center for Disease Prevention and Control (Weqaya) has set the protocols to decrease the infection rate and ensure pilgrims’ safety. Saudi Health Minister Dr. Tawfiq Al-Rabiah announced earlier last month that the number of pilgrims would be limited this year.
Saudi Minister of Hajj and Umrah Mohammed Saleh Benten said that the decision to limit numbers “aims to protect people above everything else, which has been the priority of the Kingdom since the start of the pandemic.”
The long list of protocols affects all workers and pilgrims this year. From July 19, authorities will prohibit all entry into Mina, Muzdalifa, and Arafat without permits.
Guides and awareness signs must be placed in all areas and written in various languages that include COVID-19 infection warnings, hand washing protocols, sneezing and coughing etiquette, and the use of alcohol-based hand sanitizers.
Organizers must distribute pilgrims in the Tawaf area around the Kaaba to decrease overcrowding while adhering to a 1.5-meter distance between each person. Organizers at the Holy Mosque must ensure that pilgrims are distributed on all floors of the Saee (ritual walking between Safa and Marwa) and place track lines to maintain social distancing while ensuring that the grounds around the Kaaba and Saee are sanitized by cleaning crews before and after each group performing Tawaf.
Touching the Holy Kaaba and Black Stone will be prohibited, barriers will be set to prevent reaching the sites and the mosque’s carpets are to be removed to allow pilgrims to use their personal prayer rugs instead to decrease the chances of the spread of any infection.
Food will not be permitted in the mosque nor will it be allowed on the mosque’s grounds.
All personnel, guides, pilgrims and workers’ temperatures must be checked throughout the pilgrimage; protective face masks and gear must be worn at all times. Floor signs must be placed in locations such as baggage claim areas, restaurants and bus stops with a meter-and-a-half distance between each floor sign.
Concerning the protocols for Arafat and Muzdalifa, pilgrims must adhere to social distancing at all times, wear masks and organizers must ensure that no more than 10 pilgrims are located in a tent of 50 square meters, ensuring a 1.5-meter distance between each pilgrim. Pilgrims must adhere to designated tracks and organizers must be vigilant and ensure that all pilgrims stay in line while adhering to social distancing rules.
Organizers must assemble no more than 50 pilgrims heading to the Jamarat (stone pillars) per group and disinfected and packaged pebbles will be provided for pilgrims as well.

• Organizers must distribute pilgrims in the Tawaf area around the Kaaba to decrease overcrowding.

• Food will not be permitted in the mosque nor will it be allowed on the mosque’s grounds.

• Touching the Holy Kaaba and Black Stone will be prohibited. Organizers must assemble no more than 50 pilgrims heading to the Jamarat (stone pillars) per group.

Those suspected of carrying the infection will be allowed to perform their pilgrimage only after being evaluated and cleared by a physician. They will be allocated into specific groups of suspected cases, placed in designated accommodation, and in buses with designated tracks to accommodate their condition.
Weqaya’s protocols also advised that no personnel are allowed to work if they contract flu-like symptoms (fever, cough, runny nose, a sore throat, or sudden loss of the sense of smell or taste) until symptoms disappear and are cleared by a physician.
Disinfecting and sanitization rounds must be scheduled and organized to ensure that surfaces such as door handles and tables in reception areas, public seating areas, and waiting areas are cleaned around the clock.
Sanitizers must be placed next to ATMs, touch-screen guides, and vending machines while all printed magazines and newspapers must be removed to decrease the possibility of transmission.
Workers at pilgrims’ accommodation must always wear face masks. Guests must wear masks when leaving their rooms and workers must disinfect and sanitize all luggage on arrival.
Weqaya also laid out protocols to decrease the rate of transmission at restaurants and rest stops. Water coolers must be discontinued in the Grand Mosque and holy sites and individual bottled Zamzam water will be available and distributed to pilgrims at all times.
Individual pre-packaged meals and food will be served to pilgrims. Workers distributing the meals must follow strict protocols that include washing hands for no less than 40 seconds using soap and water throughout their shifts and where they are not able to access these, alcohol-based sanitizers must be used instead for no less than 20 seconds.

These were the details of the news More than half-a-million people benefit from Tetamman clinics, Takkad centers in Saudi Arabia for this day. We hope that we have succeeded by giving you the full details and information. To follow all our news, you can subscribe to the alerts system or to one of our different systems to provide you with all that is new.