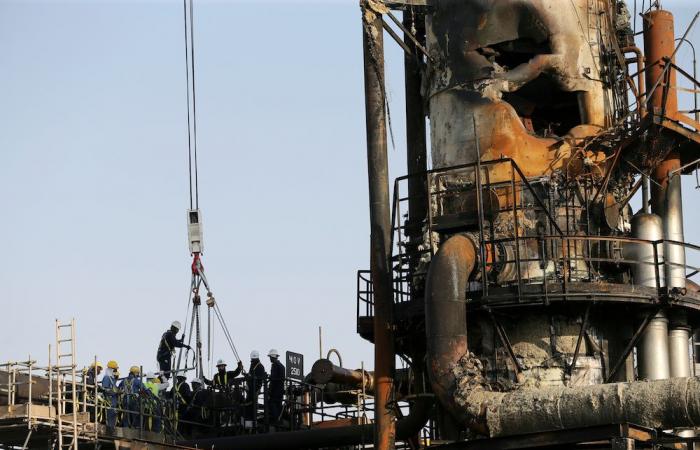 Thank you for reading the news about Iran behind attacks on Saudi oil sites, UN report finds and now with the details

UN Secretary-General Antonio Guterres presented the report to the Security Council in a video conference on Tuesday.

The report comes with the Iran arms embargo set to expire on Oct. 18, 2020

Guterres told the council that the report highlights the Iranian regime’s aggressive approach in destabilizing the region through military and financial support of armed militias in Yemen, Iraq, Syria and Lebanon.

The September 2019 attack, which temporarily halted half of Saudi crude oil production, was “unquestionably” sponsored by Iran, Defense Ministry spokesman Col. Turki Al-Maliki said during a news conference in the wake of the attack.

The report examines the implementation of UN Security Council Resolution 2231, through which the UN endorsed the Iran nuclear deal in 2015.

In recent years, tensions in the region have been escalated by Tehran, a state-sponsor of terrorism. Attacks against oil tankers, sophisticated and synchronized attacks against oil facilities in the Kingdom, and Iran’s supply of arms to Yemeni militias have all played a role.

Saudi Arabia’s Foreign Ministry welcomed the report and said “it leaves no doubt for the international community about Iran’s hostile intentions towards the Kingdom in particular, the Arab region and wider world in general.”

Saudi Foreign Minister Prince Faisal bin Farhan said the UN report is a reminder to the international community to take a firm stance against the Iranian regime’s aggression and terror.

“The details and facts laid out in the UN report reinforce our support for a continued ban on arming the Iranian regime, and confronting its developing nuclear and ballistic programs,” he said.

The Kingdom’s permanent representative to the UN, Abdallah Al-Mouallimi, said: “The report proves Iran’s involvement in the attacks on Saudi Arabia. The report is also evidence of Tehran’s violations of international resolutions.”

Al-Mouallimi said the Kingdom has warned of the security consequences of the arms agreement, which ignores Iran’s regional expansion and legitimate Saudi security concerns.

The envoy welcomed the cooperation of international partners that have realized long-term concerns about Iran’s expansionism.

Bahrain’s Ministry of Foreign Affairs praised the UN report,saying it demonstrated the dangerous role Iran is playing in sabotaging and destabilizing the security and stability of the region by supporting, financing, training and arming terrorist organizations, including the Houthi.

Iranian support for the militia is a reflection of Tehran’s desire to spread chaos and violence in the region, it said.

Hamdan Al-Shehri, a political analyst and international relations scholar, told Arab News that Saudi Arabia has repeatedly presented evidence highlighting the threat Iran poses to the region and the world.

“Iran has supplied the Houthis and other terrorist militias with weapons including ballistic missiles and drones that have posed a threat to the stability of the region for years. The UN embargo on a regime with a militia mentality and ideology, that poses a major threat, must be extended. We can’t deny the fact that lifting the embargo will allow Iran to continue its supply of arms to its militias and increase regional disorder,” he said.

He said Saudi Arabia’s letter to the UN Security Council is a call by the Kingdom to highlight the threat the regime poses, not just to the region but also the world.

“The ball is in the UN’s court. Failure by the global community and international organizations to unite against the aggression, especially now after the findings of the report clearly implicate Iran, will allow Iran to continue its advance,” he said.

He added: “If the UN Security Council and international organizations do not act on the report to condemn and take action against a regime of such terroristic ideologies, then what’s the purpose of these organizations?”

The analyst also said that the Kingdom could not be blamed for any reaction to Iranian aggression if international organizations continue to stay silent and fail to hold the country accountable.

Al-Mouallimi said that in the face of repeated attacks, Saudi Arabia has exercised restraint, even in cases where the source of attacks was clear.

On Sept. 14, 2019, the Saudi Defense Ministry said that 18 drones and three missiles were launched against the Abqaiq, the world’s largest oil-processing facility, but that the missiles fell short of the target. Four cruise missiles struck the Khurais oil field.

These were the details of the news Iran behind attacks on Saudi oil sites, UN report finds for this day. We hope that we have succeeded by giving you the full details and information. To follow all our news, you can subscribe to the alerts system or to one of our different systems to provide you with all that is new.