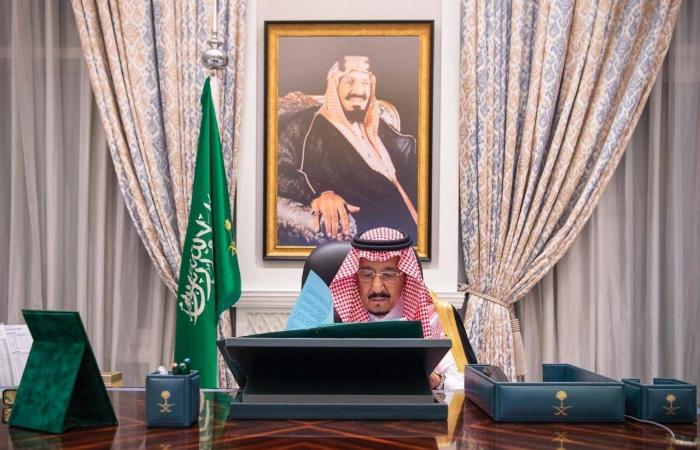 RIYADH — Saudi Arabia’s Council of Minister on Tuesday reviewed the preparations done by all relevant bodies and sectors to provide the best services to pilgrims for this year’s Hajj. The Cabinet also reviewed the measures to be taken based on exceptional implementation plans as well as the controls to be implemented before and after this year's Hajj season.

The Cabinet reviewed the resolutions issued by the Arab Foreign Ministers Council during its extraordinary session on the Ethiopian Renaissance Dam and reiterated Saudi Arabia’s support to Egypt and Sudan in their fight for water security.

The Cabinet also deliberated on the developments in the region and the world, highlighting the Saudi Arabia's participation in the UN Security Council session, during which the Kingdom championed the Palestinian cause, calling for an end to the occupation, establishing an independent Palestinian state with East Jerusalem as its capital and ensuring the right of return for Palestinian refugees.

The Cabinet addressed Saudi Arabia's participation in the donor conference for Sudan, held in Berlin, in which the Kingdom appreciated the efforts and economic reforms made by the Sudanese transitional government, stressing that supporting Sudan during this time is an important investment to achieve its security and stability and to maintain the safety of the region and the international community.

At the outset of the virtual session chaired by Custodian of the Two Holy Mosques King Salman, took stock of coronavirus developments locally and internationally, Acting Minister of Media Majid Al-Qasabi said in a statement carried by Saudi Press Agency.

The Cabinet was reassured about the medical and health care being provided for the infected cases.

The Cabinet expressed Saudi Arabia's appreciation of the Islamic and international support for the Kingdom's decision to hold this year's Hajj with a very limited number of pilgrims from various nationalities residing in the Kingdom.

The decision is in compliance with the Shariah (Islamic law) that stresses avoiding damage before it occurs in addition to maintaining global health security. This decision also embodies the keenness of Custodian of the Two Holy Mosques and Crown Prince on holding this year's Hajj in a safe and healthy environment following the coronavirus pandemic.

The Cabinet reviewed topics on its agenda, issuing the following decisions:

1. The Cabinet authorized the Minister of Interior — or his deputy — to discuss and sign a draft memorandum of understanding in the field of civil defense and civil protection between Saudi Arabia and Burkina Faso.

2. The Cabinet approved a cooperation agreement in the field of sport between Saudi and Kyrgyzstan.

4. The Cabinet authorized the Minister of Finance, Chairman of the Board of Directors of the General Authority of Customs — or his deputy — to discuss and sign a draft agreement on cooperation and mutual assistance in customs matters between Saudi Arabia and Pakistan.

6. The Cabinet approved an air services agreement between Saudi Arabia and Mauritania.

7. The Cabinet approved a memorandum of understanding for cooperation in the field of satellites and their applications between the Saudi Space Commission of Saudi Arabia and the Ministry of Digital Governance of Greece.

9. The Cabinet approved a guiding model for a memorandum of understanding in the field of preventing and combating corruption between the Control and Anti-Corruption Authority of Saudi Arabia and similar authorities in other countries, authorizing the President of Control and Anti-Corruption Authority — or his deputy — to discuss and sign with the concerned authorities in other countries the said draft memorandum of understanding.

10. The Cabinet appointed Eng. Abdulrahman bin Ibrahim Al-Ruwaite and Dr. Abdullah bin Khalid Al-Missfir as members of the Board of Directors of the General Commission for Audiovisual Media.

11. The Cabinet approved the National Strategy for Agriculture and its executive summary (2030).

These were the details of the news Cabinet reviews preparations for this year’s Hajj for this day. We hope that we have succeeded by giving you the full details and information. To follow all our news, you can subscribe to the alerts system or to one of our different systems to provide you with all that is new.