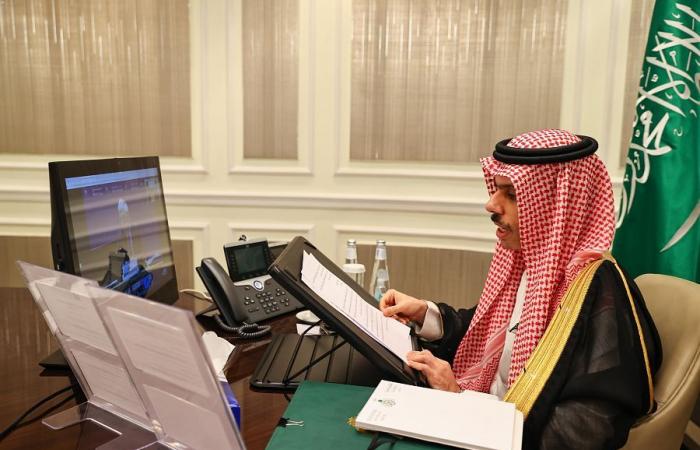 Thank you for reading the news about Political solution ‘only way’ to end Syrian war: Saudi foreign minister and now with the details

Speaking at the virtual meeting, co-chaired by the EU and the UN, Saudi Foreign Minister Prince Faisal bin Farhan, said: “A political solution, in line with the (UN) Security Council’s Resolution 2254 (calling for a cease-fire and political settlement in Syria) and the Geneva 1 Conference, would be the only way to put an end to the war.”

He was addressing the fourth Brussels Conference on “Supporting the Future of Syria and the Region,” being held 10 years after the start of the Syrian conflict which has devastated the country and resulted in major issues surrounding regional and international security and stability.

Prince Faisal reiterated the Kingdom’s full support for the efforts of the UN, its special envoy to Syria, Geir Pedersen, the resumption of the work of the constitutional committee, and all initiatives aimed at stopping the fighting in Syria.

“As part of its contribution to a political solution, the Kingdom hosted the Riyadh 1 and 2 conferences, which led to the establishment of the Syrian Negotiation Commission (SNC) and will continue to work on unifying the Syrian opposition.

“Iran continues to pose a significant threat to Syria’s future and identity. If some international parties have interests, Iran has a dangerous regional project, which aims to dominate using sectarian militias and causing civil wars that destroy peoples and homelands,” the prince said.

He pointed out that sectarian militias and terrorist groups were “two sides of the same coin,” creating chaos and destruction, and prolonging the crises and he stressed the importance of combating terrorist organizations in all forms.

“The Kingdom has contributed to alleviating the suffering of the Syrian people by hosting hundreds of thousands of Syrian brothers on its territory. They are treated as equals to Saudi citizens when it comes to job opportunities and healthcare services, while more than 100,000 Syrian students are enrolled in Saudi schools and universities,” the minister added.

Saudi Arabia has to date contributed $1.150 billion to support programs to help millions of Syrian refugees in Jordan, Turkey, and Lebanon carried out by the King Salman Humanitarian Aid and Relief Center (KSRelief) in coordination with the concerned governments.

Prince Faisal told conference delegates that the reconstruction of Syria was dependent on launching a real political settlement process led by the UN, because the repatriation of refugees required “ensuring the necessary conditions to their return according to international standards acknowledged by the UN High Commissioner for Refugees.”

These were the details of the news Political solution ‘only way’ to end Syrian war: Saudi foreign minister for this day. We hope that we have succeeded by giving you the full details and information. To follow all our news, you can subscribe to the alerts system or to one of our different systems to provide you with all that is new.