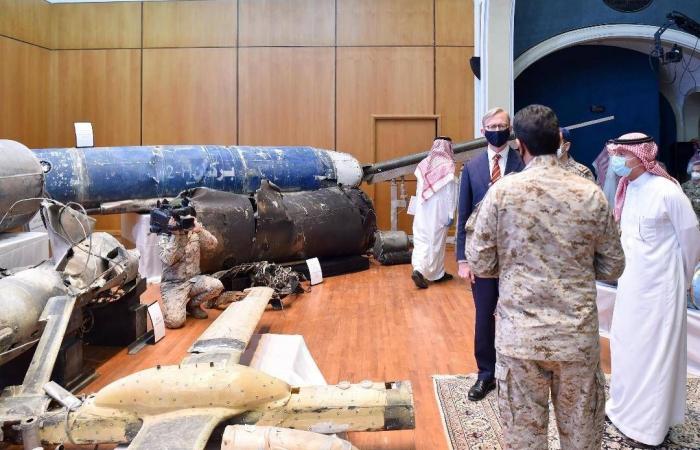 “The members of the Security Council reiterated their endorsement of the Secretary General’s call of 25 March for those fighting in Yemen to immediately cease hostilities, and condemned the recent UAV and missile attacks on Saudi Arabia as well as escalations of aerial and ground violence in the Yemen conflict,” a statement from the UNSC issued on Monday read.

The Houthis have launched several missiles toward the Saudi cities of Riyadh, Abha, Tabuk and Jazan, mostly targeting civilian areas.

The spokesman of the Arab coalition Col. Turki Al-Maliki said last week that the Iran-backed militants have targeted Saudi Arabia with 313 ballistic missiles and 357 drones in total.

On Monday, members of the Security Council spoke of their support for Special Envoy Martin Griffiths and his efforts to reach agreement on a nationwide ceasefire.

The Arab Coalition intervened in Yemen in March 2015 to try to restore the UN-recognized government to power in Sanaa, after it was ousted from the capital by the Iran-backed Houthis in late 2014.

The UNSC added that there needs to be a resumption of an inclusive Yemeni-led and Yemeni-owned political process, as well as the Gulf Cooperation Council initiative.

It also praised the ceasefire announced between the Yemeni government and the Southern Transitional Council, while the member states called for implementing the provisions of the Riyadh Agreement. — Agencies

These were the details of the news UN Security Council condemns missile attacks on Saudi Arabia for this day. We hope that we have succeeded by giving you the full details and information. To follow all our news, you can subscribe to the alerts system or to one of our different systems to provide you with all that is new.