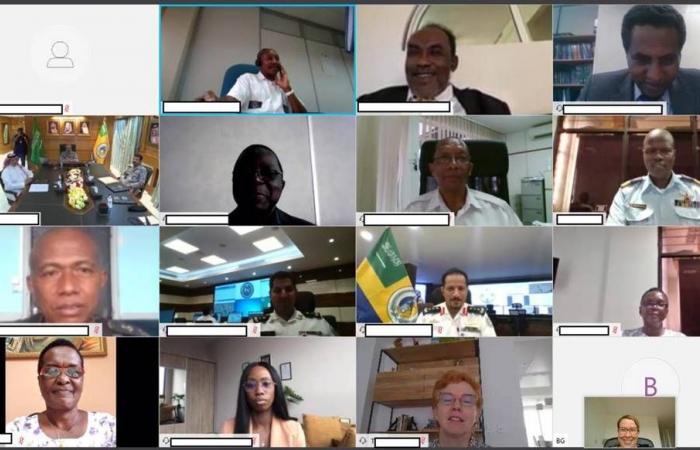 We show you our most important and recent visitors news details Vice Adm. Al-Balawi: Promote inter-agency cooperation in DCoC in the following article

JEDDAH — Vice Adm. Awwad Al-Balawi, director general of Border Guard and current chairman of the DCoC Steering Committee, stressed that the road map to and for the successful implementation of the DCoC, is rooted in priority-setting and enhancing Maritime Domain Awareness and to build national capacity to respond to threats.

Vice Adm. Al-Balawi was speaking at the first virtual meeting on Tuesday of the steering committee of the revised code of conduct concerning the repression of piracy, armed robbery against ships, and illicit maritime activities in the West Indian Ocean and the Gulf of Aden Area — better known as the Jeddah Amendment to Djibouti Code of Conduct 2017 (DCoC[JA]).

The Kingdom of Saudi Arabia was elected by the DCoC member States to be the first chair of the steering committee, with Djibouti as deputy chair.

Vice Adm. Al-Balawi opened the meeting by commending participating states for working together to improve maritime security and becoming distinguished partners in bringing about success in combating piracy and armed robbery against ships in the region.

He added that it was his hope that through the chairmanship of Saudi Arabia, with the guidance of the steering committee, the region will collectively make strides in making our waters more safe and secure.

Vice Adm. Al-Balawi urged the members to promote inter-agency cooperation, and develop national capability for stronger regional cooperation, by prioritizing the implementing of the following provisions of the Jeddah Amendment:

• Developing a national maritime strategy for the development of the maritime sector and the exclusive economic zone (EEZ);

• Ensuring that the national maritime and maritime security strategies are underpinned by a robust legal framework; and

Vice Adm. Al-Balawi explained that the objective of the meeting was therefore to include: a plan of action for the development of the DCoC information sharing network, including establishing of multi-agency National Maritime Information Sharing Centers in each of the participating States, action plan for coordination of capacity building efforts, including efforts to enhance Maritime Domain Awareness and training coordination, and, an action plan for coordination of donor efforts.

He reminded participants of the ongoing need to continue to take preventive action against terrorist groups and militias in the region. He also urged regional member states to remain vigilant and to ensure proper coordination of efforts through the respective National Maritime Security Committees. He called for stronger cooperation to ensure that no country will be left behind.

Mrs. Tracy Peverett, deputy director of subdivision for maritime security and facilitation at the International Maritime Organization (IMO) and on behalf of the IMO, expressed sincere thanks and appreciation to the government of the Kingdom of Saudi Arabia and the Ministry of Interior represented by the Border Guard for all forms of support to the activities for the implementation of Jeddah amendment 2017 DCoC (JA.

She pledged to continue to work with the Kingdom to move forward in this regard, and referred to the broad resonance of the Code at the international level.

On her part, Ms. Nancy Karigithu, the principle secretary for shipping and maritime affairs of Kenya, appreciated the Kingdom of Saudi Arabia and Ministry of Interior for re-scheduling the meeting in the amidst of the global pandemic, the whole world is experiencing.

The chairmen of the two DCoC (JA) working groups also extended their appreciation and thanked Director General Vice Adm. Al-Balawi for organizing the meeting and for his effort in supporting all activities of DCoC (JA) implementation.

The meeting comes in the context of the Kingdom’s support for regional efforts aimed at enhancing cooperation in maritime security domain under the leadership of the Custodian of the Two Holy Mosques King Salman and Crown Prince Muhammad Bin Salman, deputy prime minister and minister of defense, and under the guidance of Prince Abdul Aziz Bin Saud Bin Naif, minister of interior.

These were the details of the news Vice Adm. Al-Balawi: Promote inter-agency cooperation in DCoC for this day. We hope that we have succeeded by giving you the full details and information. To follow all our news, you can subscribe to the alerts system or to one of our different systems to provide you with all that is new. 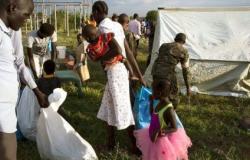 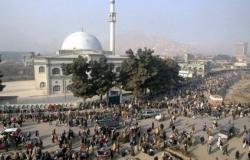 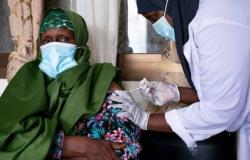 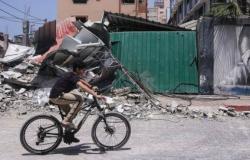 Israel urged to allow humanitarians to continue working in Palestine