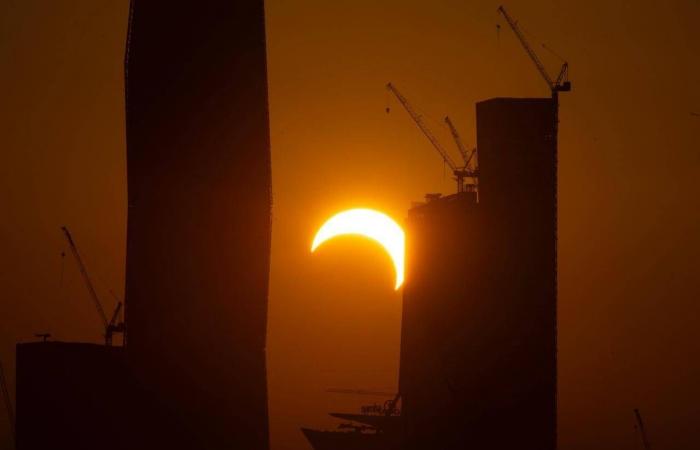 The National Astronomy Center at King Abdulaziz City for Science and Technology (KACST) explained that this eclipse occurs when the moon is perfectly aligned between the sun and the earth. When the moon is farthest from the earth, it looks like a dark disk on top of another bright disk, making the sun appearance to be like a ring of fire.

These were the details of the news Saudi Arabia to witness annular solar eclipse on June 21 for this day. We hope that we have succeeded by giving you the full details and information. To follow all our news, you can subscribe to the alerts system or to one of our different systems to provide you with all that is new.