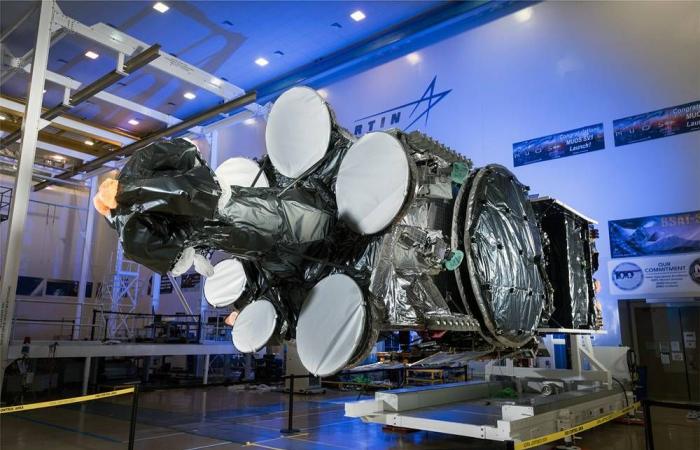 The Saudi Technology Development and Investment Company (TAQNIA) and Lockheed Martin will develop and deploy the new ground segment for the secure and commercial operations of SGS-1.

The system will be deployed in two phases, with the initial commercial system going online in late 2020 and the Lockheed Martin-engineered secure communications system following.

“This system will also allow the integration of current and future Air and Missile Defense Systems, adding enhanced security and resiliency further protecting the citizens of Saudi Arabia.”

As the Kingdom’s satellite communications needs evolve, this system is designed to grow with them and accommodate additional communications satellites. SaudiGeoSat-1 is one of two payloads aboard the first modernized LM 2100 satellite bus designed and built by Lockheed Martin.

The Hellas Sat-4 / SaudiGeoSat-1 satellite was launched aboard an Ariane V rocket from French Guiana on Feb. 5, 2019. SaudiGeoSat-1 will enable future sovereign control and interoperability of all the Kingdom’s commercial and military platforms.

“Space is a critical enabler for national security and defense systems and aligns with Saudi Vision 2030, as well as goals for self-sufficiency, critical to the Kingdom’s future,” Alkhathlan added.

Hellas Sat4/SaudiGeoSat-1 is the first of two LM 2100 satellites in the Arabsat-6G program. The second is Arabsat-6A. The satellite features a reprogrammable in-orbit mission processor that lets operators change configuration as their business needs change. — SG

These were the details of the news Lockheed Martin picked to build new satellite ground system for KSA for this day. We hope that we have succeeded by giving you the full details and information. To follow all our news, you can subscribe to the alerts system or to one of our different systems to provide you with all that is new.