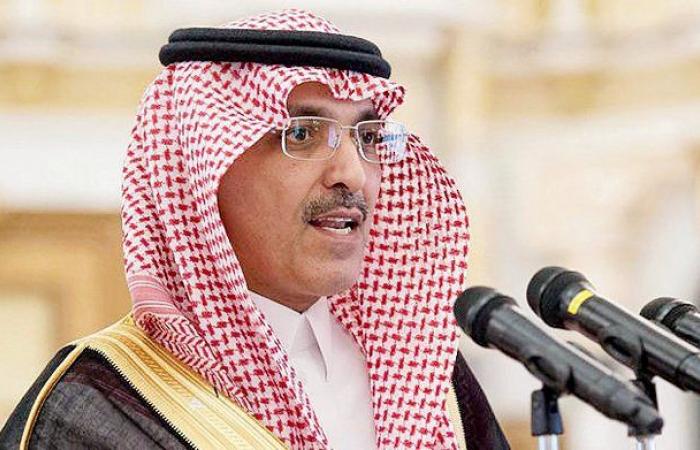 Welcoming delegates to the Saudi G20 Finance Track symposium, in Riyadh, the Kingdom’s Minister of Finance Mohammed Al-Jadaan highlighted the importance of improving access to opportunities to ensure that growth dividends were shared by all.

Around 300 representatives of G20 member states, invited guest countries, international organizations, academia, and the private sector, attended the seminar as the countdown to next year’s summit began under Saudi Arabia’s presidency.

Saudi Arabian Monetary Authority (SAMA) Gov. Ahmed Abdulkarim Al-Kholifey was among the delegates who took part in sessions which included exploring the links between access to opportunities and economic growth, with a particular focus on the obstacles faced by women, young people, and small and medium-sized enterprises (SMEs).

Participants also discussed the role of the public and private sectors in leveraging technology and innovation to create jobs, and ways to promote sustainable and inclusive growth.

In addition, the symposium offered attendees the chance to view displays from the Kingdom’s businesses, NGOs, and government entities that focused on technology, innovation, sustainable jobs, and the empowerment of both women and young people.

At a separate meeting, the G20 sherpas — the official representatives of the leaders of the G20 member states — gathered in the Saudi capital for the first time under the Kingdom’s presidency.

They were joined by invited guest countries as well as international and regional organizations to start discussions toward “Realizing Opportunities of the 21st Century for All.”

The pivotal role of the sherpas is to help pave the way for the G20 leaders’ summit – being staged next year in Riyadh from Nov. 21 to 22 – by progressing policy discussions in a series of meetings to be hosted by the Kingdom throughout the year. Saudi Arabia will facilitate the dialogue process to guide the overarching policy agenda.

Fahad Al-Mubarak, the Saudi sherpa who presided at the meeting, said: “The G20 has a responsibility to the world to overcome current and emerging issues, to tackle global challenges together, and to make the world a better place for all.”

During its presidency year, the Kingdom plans to build on previous G20 achievements and reflect the spirit of collaboration among its leaders, by developing consensus around solutions to address common challenges.

The sherpas also talked about ways to shape new frontiers, by adopting long-term and bold strategies to share the benefits of innovation and technological advancement with a strong focus on the digital economy.

The sherpa meeting focused on the aims of the 2020 G20 presidency year.

The first was to empower people – especially women and youth – by creating the right conditions in which they could live, work and thrive. The group’s discussions revolved around policies related to access to opportunities for all, sustainable development goals, trade and investment, financial inclusion, employment, health, education, tourism and the empowerment of women.

Safeguarding the planet by fostering collective efforts to protect the environment, involved debate on climate, water, food, and energy.

These were the details of the news Global obstacles to growth top agenda at Riyadh event for this day. We hope that we have succeeded by giving you the full details and information. To follow all our news, you can subscribe to the alerts system or to one of our different systems to provide you with all that is new.