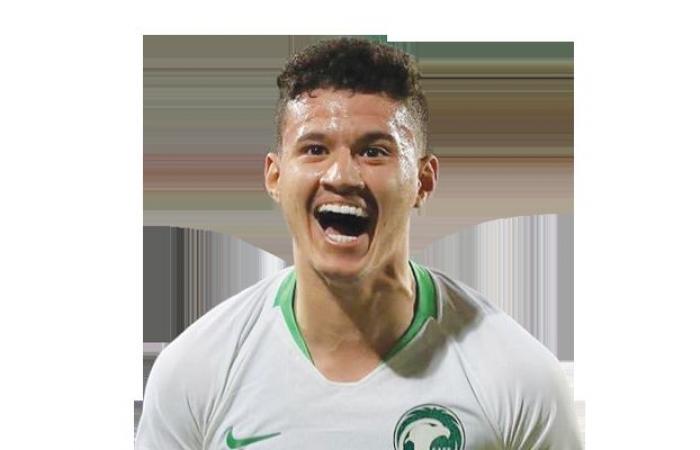 Thank you for reading the news about Abdullah Al-Hamdan, Saudi national football team player and now with the details

Jeddah - Yasmine El Tohamy - Abdullah Al-Hamdan is a center forward player in the Saudi national football team who scored the winning goal in the Gulf Cup semi-final against Qatar in Doha on Thursday.

Saudi Arabia defeated hosts Qatar 1-0 to set up a showdown against Bahrain in the final, to be played on Sunday. The win was watched keenly by a handful of Saudi fans in Doha’s Al-Janoub stadium.

The Gulf Cup is a biennial football competition for Arabian Peninsula countries, and is governed by the Arab Gulf Cup Football Federation.

Al-Hamdan also plays as a forward for Al-Shabab club in the Saudi Professional League. He is an academy graduate of Al-Shabab.

Al-Hamdan made his debut for the national team in a match against Mali on Sept. 5. He is the son of former Al-Shabab goalkeeper and former Hetten FC manager Abdulrahman Al-Hamdan.

In 2018, as part of a deal between the Saudi Arabian Football Federation (SAFF) and La Liga, the men’s top professional division of Spain’s football league, Abdullah joined Spanish club Sporting Gijon’s under-19 squad on a six-month loan.

He is one of nine football players from the Saudi Professional League to have signed loan contracts to play with Spanish clubs, under an agreement between the Saudi General Sports Authority (GSA) and the Spanish Football Federation.

The contracts allowed loans for an initial period of six months, during which the players were trained to develop their football skills in Spain.

These were the details of the news Abdullah Al-Hamdan, Saudi national football team player for this day. We hope that we have succeeded by giving you the full details and information. To follow all our news, you can subscribe to the alerts system or to one of our different systems to provide you with all that is new.