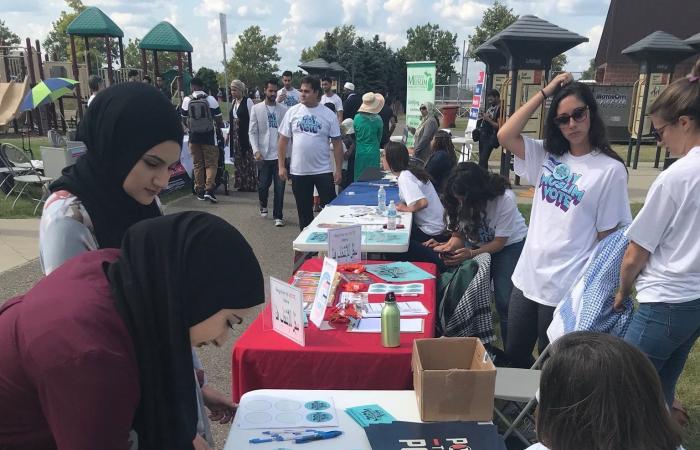 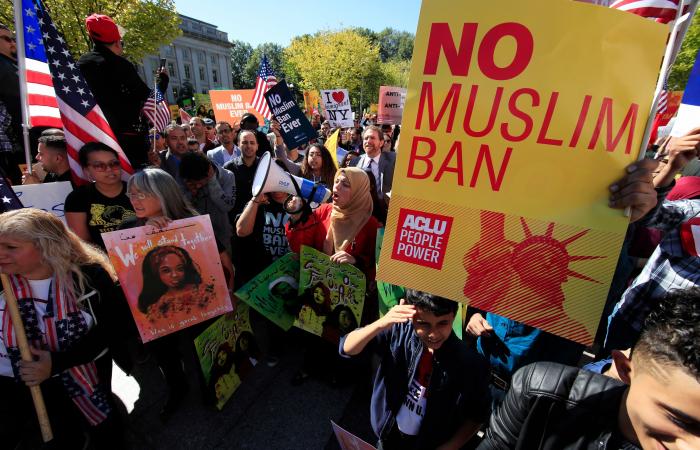 A coalition of Muslim Americans is aiming for record turnouts in the upcoming US election in order to get as many members of their faith as possible to speak out when the voters go to the polls.

Grassroots organizations have been working to increase the number of Muslims ahead of the competition between Republican President Donald Trump and his Democratic challenger Joe Biden on November 3rd.

The prevailing concerns about Islamophobia and Mr Trump’s so-called Muslim travel ban – an executive order prohibiting foreigners from some predominantly Muslim countries from visiting the United States – are seen as important factors leading to increased engagement.

MPower Change is among the groups that have worked to support the # MyMuslimVote campaign to promote a nationwide registration drive.

Grassroots organizations have worked to increase participation in the elections.

“Our idea was how to politicize and make sure the Muslim community is not on the sidelines.” Ishraq Ali, MPower Change’s organizational director, told SBS News.

“We cannot stand aside how our political fate will be shaped.”

The # MyMuslimVote campaign has helped Muslim Americans register their votes, request an email to vote, or find a personal polling station.

Mr Ali said the initiative is about normalizing voter turnout among Muslim Americans, which has historically been associated with low turnout at the ballot box.

“We have seen that there is a gap between the older immigrant community and the younger generation … that is awakening as Muslims are targeted in political rhetoric,” he said.

“Islamophobia and anti-Muslim bias, white nationalism – many members of the community observe and testify to this.”

The # MyMuslimVote movement was supported by a number of organizations.

The Pew Research Center estimates that the US has at least 3.45 million Muslims, which is about 1.1 percent of the US population.

This means that members of the Faith make up a small proportion of the total electorate in the United States. In 2016, nearly 137 million Americans cast their votes. Christians still make up the vast majority of registered voters with 64 percent, with around 28 percent of voters identifying as religiously unrelated and five percent according to other faiths.

According to a study by the think tank of the Institute for Social Policy and Understanding (ISPU), an increasing number of Muslim Americans registered to vote in 2020. 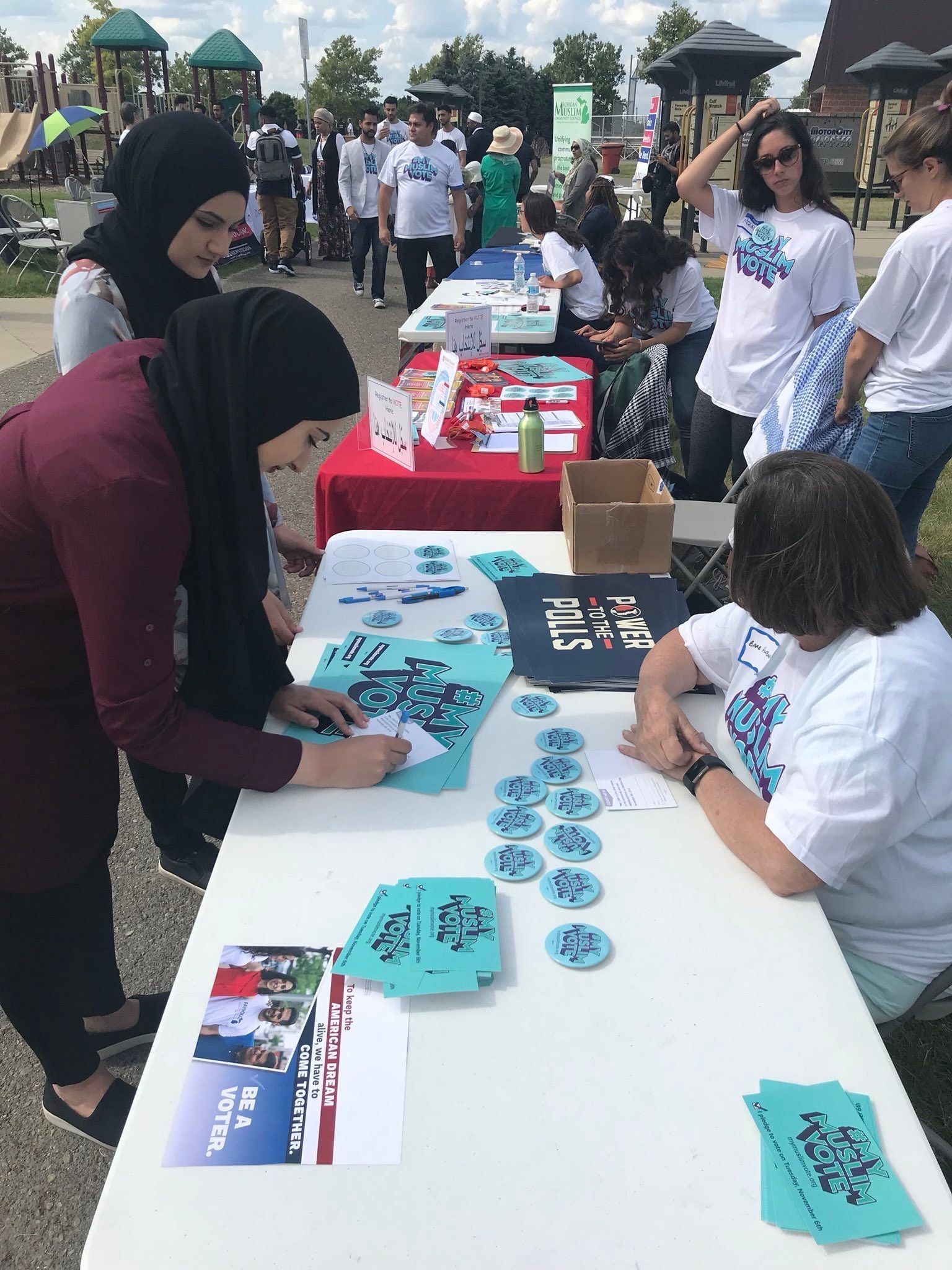 Muslim interest groups want members of their faith to help determine the future direction of the US.

The poll shows that Muslim Americans’ voter registration for eligible voters has increased from around 60 percent in 2016 to up to 78 percent this year.

Youssef Chouhoud, assistant professor at Christopher Newport University, said that since the 2016 elections, a sense of political “awareness” had grown in the group.

“The political consciousness of American Muslims is very ripe to come onto the political stage in this cycle,” he said.

„[They] are beginning to see themselves as part of the mosaic of minority communities here in the United States. ”

According to analysts, the impact of the voter bloc will be most felt in swing states with higher proportions of Muslim voters, including Michigan, Pennsylvania, Florida and Ohio.

Robert McCaw, of the US-Islamic Relations Council, said he believed the increasing strength of the Muslim-US vote could have a real impact on these important “battlefield states”.

“With just one or two percent of the electorate in this state, we are well positioned to tip the election in favor of the candidate who best represents the views of Muslim voters,” he said.

“Many swing states or even cities were won by one percent [at the last election]So people realize the meaning of their voice. ”

“The feeling of threat is increased”

Research by the ISPU found that Muslim Americans are the least likely religious group to support Mr Trump in 2020.

Mr Chouhoud said the sentiment was related to the anti-Muslim rhetoric circling the 2016 election campaign following the announcement of Mr Trump’s travel ban.

“The sense of threat within the American Muslim community has been greatly heightened for reasons largely related to the rhetoric of politicians,” he said.

“Chief among them, Donald Trump, but not exclusively.”

The poll, conducted from March to April, found that up to 51 percent said they would choose a Democrat as president, while only 16 percent chose a Republican.

Even fewer, at 14 percent, viewed Mr. Trump as their preferred candidate, compared with 27 percent of Jewish respondents, 34 percent of Catholics, 39 percent of Protestants, 61 percent of white evangelicals, and 30 percent of the public. 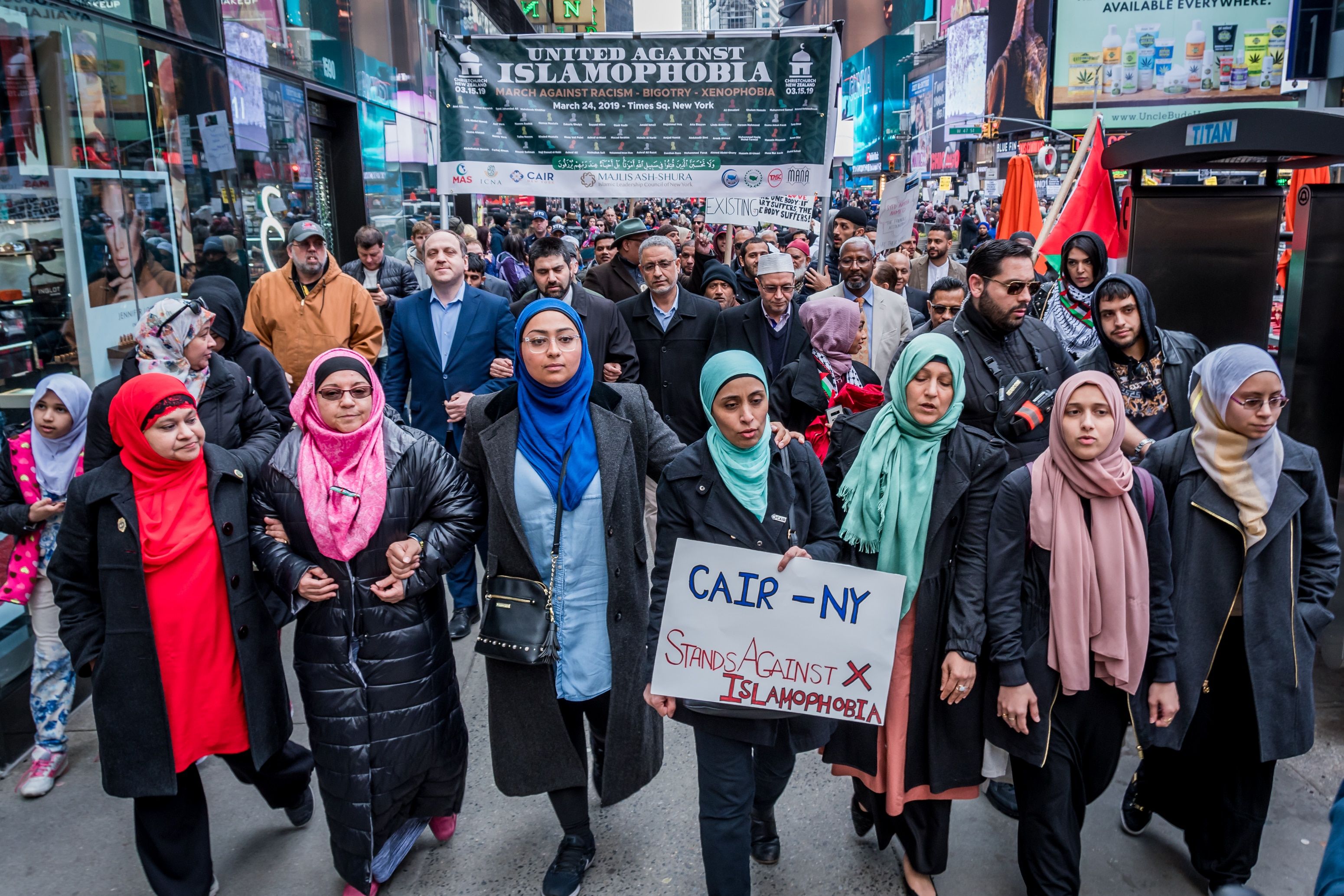 Muslim leaders and allies at a rally against Islamophobia in New York’s Times Square in 2019.

The travel ban, enacted by Mr Trump in his first week as president, has gone through many iterations but is currently restricting travel from Syria, Iran, Libya, Yemen, Eritrea, Kyrgyzstan, Myanmar, Nigeria, Somalia, Tanzania and the United States North Korea.

“These topics really drive a lot of motivation and energy. These are problems. It is our life. It’s our community. It’s our people, ”she said.

“Our families are being separated and there are no words behind this kind of pain.”

Mr. Biden has promised to lift the travel ban “on the first day” if elected. 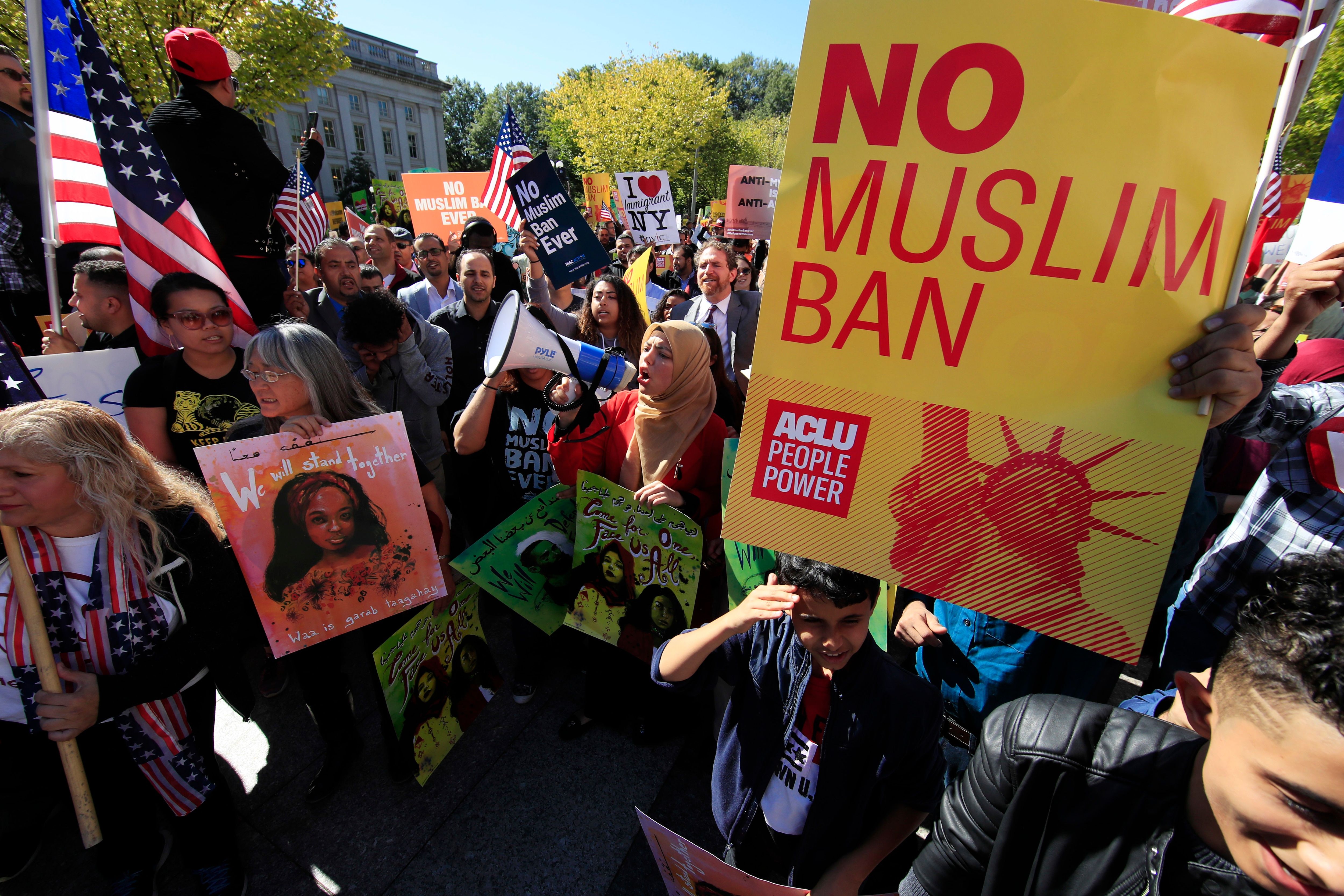 The travel ban is intended to motivate some Muslim-American voters in this year’s election.

The Muslim population in the United States represents a diverse coalition of voters made up of voters from Arab, African American, South Asian, and other backgrounds.

Proponents say health care, education, transportation, and how the country’s next leader handles the economy have been identified as other major issues for Muslim voters amid a global coronavirus recession.

Ms. Ahmed said the upcoming election was a crucial opportunity for all Muslim Americans to speak about the future of the country.

“It really is a special moment in the political arena. There is a lot at stake, ”she said.

“There is much to be said about the value and the direction this country wants to go, and Muslims definitely play a vital role in this story.”

The Trump campaign in mid-August launched Muslim Voices for Trump, a platform that encourages Muslim voters to support his campaign.

“The re-election of President Trump will ensure the protection of religious freedom, economic prosperity and educational opportunities for Muslims in America,” the website said.

These were the details of the news #MyMuslimVote: Trump’s travel ban and Islamophobia could lead to record turnouts... for this day. We hope that we have succeeded by giving you the full details and information. To follow all our news, you can subscribe to the alerts system or to one of our different systems to provide you with all that is new.