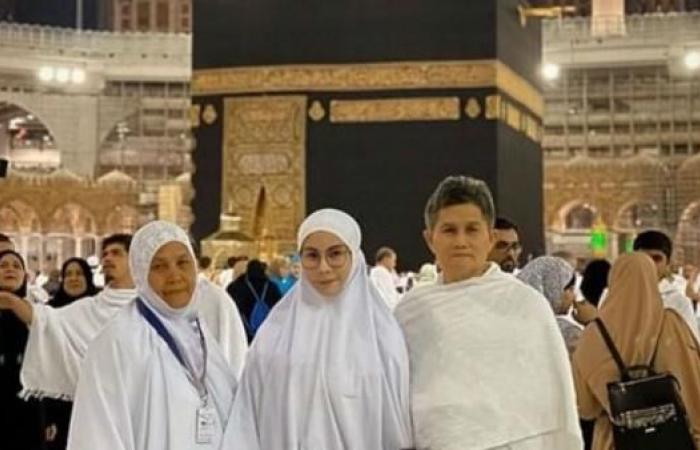 Aden - Yasmine El Tohamy - Nur Sajat, 33, shared pictures of herself wearing female prayer attire and makeup at some of Islam's holiest sites, including the Grand Mosque of Mecca.

Sajat, who has an Instagram following over over 1.4 million, has long been the subject of controversy over her gender identity. The fresh furore, however, has even drawn the ire of Malaysia's religious affairs minister.

“I regret her actions, and it was advertised on Instagram as if it was not an offence,” Minister for Islamic Affairs Mujahid Yusof Rawa was quoted by Sinar Harian as saying, referring to Sajat's donning of female clothes for the pilgrimage.

Going a step further, Mujahid suggested that the cosmetics entrepeneur's actions could harm relations between Putrajaya and Riyadh, amid unverified reports that Saudi police had arrested her.

"Please return to your fitrah asal (natural origin), respect others, respect the religion and respect the laws of the country you are visiting," he added.

'Taken out' of Mecca

According to a spokesperson of the tour company who organised Sajat's trip, the social media influencer is no longer in the Muslim holy city.

"We have already asked the mutawwif [guide] to take Nur Sajat's group of 10 out of Makkah," a spokesperson for Albayt Travel was quoted by the New Straits Times as saying.

"They have been taken on a visit around Madinah."

The travel agency added that it had attempted to get Sajat to "cooperate" during the pilgrimage, saying that it hoped she would issue an apology.

"For now, Nur Sajat only asked to wait until she returns to Malaysia. Our side, especially the mutawwif tried to get in touch with Nur Sajat's parents, because only close family members would know the actual situation on the gender issue," the spokesperson said.

"However the parents are also proving to be difficult to engage in a discussion," the spokesperson remarked.Dogged by authorities

Sajat, who is thought to have been born as a male, has long been hounded by Malaysian religious auhtorities over her gender identity.

An alleged copy of her passport that has surfaced online show her name as Muhammad Sajjad Kamaruz Zaman.

These were the details of the news Malaysian transgender celebrity 'taken out' of Mecca after Umrah for this day. We hope that we have succeeded by giving you the full details and information. To follow all our news, you can subscribe to the alerts system or to one of our different systems to provide you with all that is new.