Al-Issa heads delegation to genocide sites in Bosnia and Poland 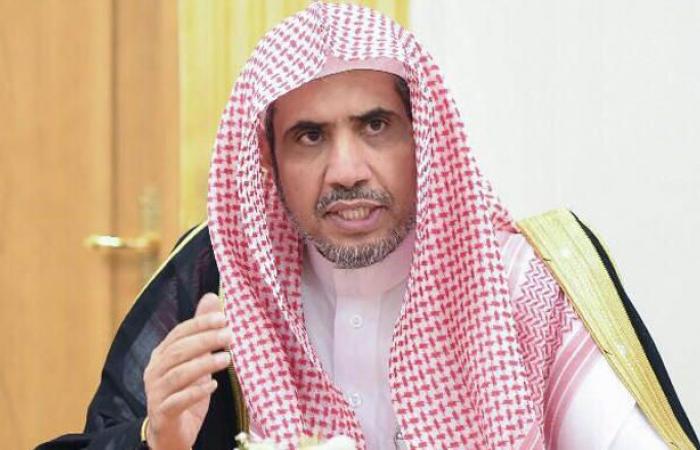 Jeddah - Yasmine El Tohamy - RIYADH: A high-profile conference to tackle some of the main challenges facing the Saudi economy was on Tuesday opened by Riyadh Gov. Prince Faisal bin Bandar.

Speaking at the opening session of the influential three-day Riyadh Economic Forum (REF), the prince praised the Saudi business community for its cooperation with the government in helping to strengthen the country’s economic fortunes.

The ninth edition of the forum, being held under the title “Human-Centered Economy,” will discuss some of the key future economic issues confronting the Kingdom.

Thanking King Salman for his patronage of the event, vice chairman of Riyadh Chamber and chairman of the forum’s board of trustees, Hamad Al-Shuwaier, said important recommendations linked to the Vision 2030 plan would be announced during the gathering.

These would be related to the areas of public finance reform, the nonprofit sector, future jobs, the environment, and reverse migration.

“What distinguishes the forum, which serves as a research center for national issues, is its focus on the principle of dialogue and participation between all concerned, specialized and responsible parties within the economic and social community, by intensifying meetings and promoting participation in all study discussions, with the aim of touching barriers in a close and intensive manner.

Special sessions of the forum will aim to generate practical suggestions and solutions to help with economic decision-making and to establish the principle of dialogue and participation among sectors of the business community.

In July 2019, the REF held a panel discussion at the chamber’s Riyadh headquarters on a study detailing the role of balanced economic development in reverse migration and sustainable and comprehensive development in the Kingdom.

Its focus was to identify the obstacles preventing the movement of young workers between towns and big cities, as well as highlighting ways to improve the quality of life in small urban centers through an analytical survey of industrial and service resources in different regions.

Al-Shuwaier noted that the forum was special in bringing together a broad range of intellectual and practical minds from government and private sector organizations covering many fields.

He added that the chamber was working on the final touches to transforming the forum into an independent economic think tank that served national economic issues.

Ajlan Al-Ajlan, chairman of the Riyadh Chamber of Commerce and Industry (RCCI), which organized the event, said the forum’s main objectives included using scientific studies and methodology to identify issues affecting the national economy, analyzing constraints on economic growth and working to combat them by learning from the experiences of other countries.

He pointed out that the forum coincided with the Kingdom’s presidency of the 2020 G20 summit of global leaders, being held in Riyadh in November, and that the eyes of the world would be on Saudi Arabia.

The forum is one of the participants in T20, an official G20 engagement group, with four topics related to important sectors discussed by the group.

The opening ceremony of the REF was followed by a session on future jobs, administered by Education Minister Hamad bin Mohammed Al-Asheikh. Delegates discussed employment requirements linked to the fourth industrial revolution and how to tackle the prospect of 40 percent of jobs becoming obsolete due to mechanization in the farming and industrial sectors.

The session highlighted that education should go hand in hand to prepare students for the jobs of the future.

These were the details of the news Al-Issa heads delegation to genocide sites in Bosnia and Poland for this day. We hope that we have succeeded by giving you the full details and information. To follow all our news, you can subscribe to the alerts system or to one of our different systems to provide you with all that is new.