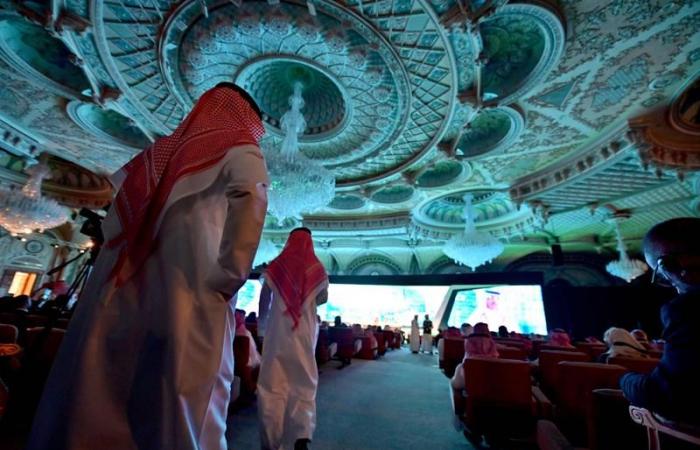 We show you our most important and recent visitors news details Saudi projects higher 2020 budget deficit, cuts spending in the following article

Hind Al Soulia - Riyadh - King Salman said his government is determined to continue to diversifying its sources of income and shift the kingdom away from reliance on oil.

A general view of the Saudi budget Forum, in Riyadh, December 10. (AFP)

RIYADH – Saudi Arabia passed its 2020 budget on Monday, projecting a widening deficit in the face of tumbling oil prices and production cuts that have hit the top crude producer’s revenues.

The kingdom projected a shortfall of $50 billion for the year, up $15 billion its 2019 budget, according to an official statement read out on state TV.

The statement released after a cabinet meeting chaired by King Salman bin Abdulaziz Al Saud said Riyadh would also cut spending for next year in a rare belt-tightening measure.

Oil prices have remained sluggish at around $64 a barrel, despite additional production cuts agreed by producers’ cartel OPEC and its allies last week.

Oil income accounts for about two-thirds of Saudi public revenues.

King Salman said his government is determined to continue to diversifying its sources of income and shift the kingdom away from reliance on oil.

The finance ministry reported that the kingdom spent $279.5 billion and had revenues of $244.5 billion in 2019, both lower than projections, leaving the shortfall at $35 billion.

Saudi Arabia, which pumps just under 10 million barrels per day, has posted a budget shortfall since 2014, when oil prices crashed, accumulating $358 billion in deficits up to the end of 2019, official figures show.

The finance ministry has projected that spending will continue to contract until 2022 as a result of weak oil prices and production cuts.

In order to plug the growing budget shortfall, Saudi Arabia withdrew from its reserves, borrowed from domestic and international markets and last month, floated 1.5 percent of state energy giant Aramco.

That generated some $25.6 billion in the world’s biggest ever stock sale.

Last week, OPEC and its allies agreed to an additional output cut of 500,000 barrels per day, set to start next month, along with an already agreed reduction of 1.2 million bpd.

Saudi Arabia has also introduced reforms and subsidy cuts as part of its Vision 2030 economic transformation plan to reduce the country’s dependence on oil.

The kingdom has slashed power and fuel subsidies as well as imposing fees on expatriate visas and implementing a five-percent value added tax.

These were the details of the news Saudi projects higher 2020 budget deficit, cuts spending for this day. We hope that we have succeeded by giving you the full details and information. To follow all our news, you can subscribe to the alerts system or to one of our different systems to provide you with all that is new.

PREV The European Union expects a slow recovery in air traffic in...
NEXT Tweeters are sharing photos between the Custodian of the Two Holy...